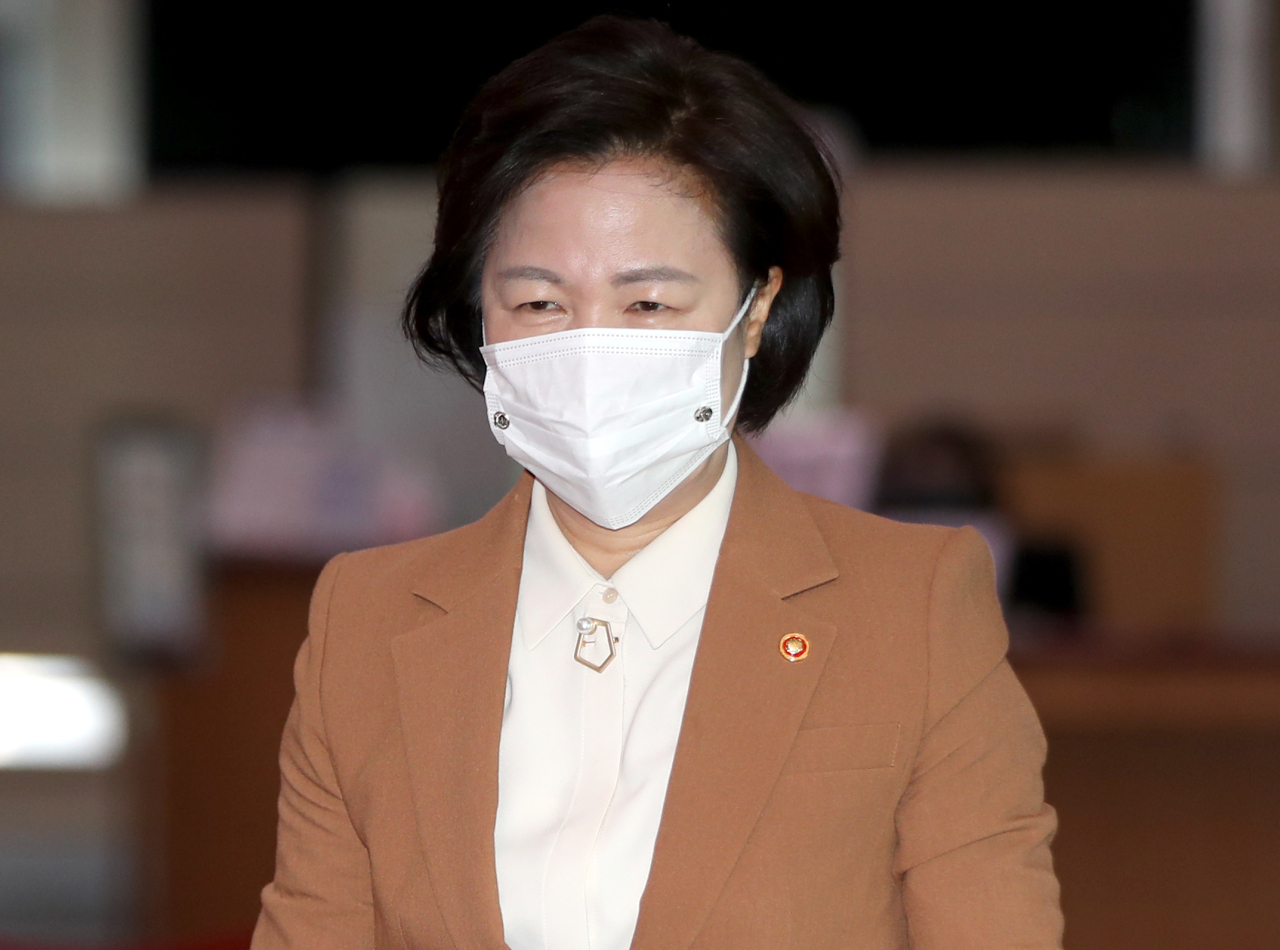 Choo said last week that she had ordered the ministry to review the proposed legislation as Han Dong-hoon, a senior prosecutor under probe for allegedly colluding with a reporter to dig up dirt on a pro-government writer, was “obstructing the investigation” by refusing to provide his phone password with “malicious intentions.”

The Korean Bar Association on Monday blasted Choo, accusing her of “infringing on the basic rights guaranteed in the Constitution and threatening the rule of law,” urging the justice minister to “immediately retract an act that violates the Constitution.”

The convenience of a state agency cannot be the goal of any piece of legislation, said the bar association, which represents some 30,000 lawyers, in a statement.

Opposition parties including the progressive Justice Party slammed Choo last week, citing Article 12 of the Constitution, which stipulates that no citizens shall be compelled to testify against themselves in criminal cases.

Liberal and conservative civic groups also condemned Choo for the “unconstitutional” bill, and called on the minister to retract her order.

Lawyers for a Democratic Society said the UK law that Choo used as a model, the Regulation of Investigatory Powers Act 2000, is also under mounting criticism.

Not disclosing the security code for one’s mobile phone falls under the constitutional right to refuse to make statements, and imposing sanctions on a person for not providing a password squarely encroaches on suspects’ right to defend themselves, the civic group said.

People’s Solidarity for Participatory Democracy said in a commentary that Choo was seeking to introduce the “crime of obstruction of justice,” which the former Lee Myung-bak administration had also sought to do but gave up due to controversy over human rights concerns.

“The Justice Ministry must immediately stop considering the introduction of an institution that runs counter to prosecutorial reform and human rights,” the civic group said.

A group of conservative lawyers on Monday said they were filing a complaint with the prosecution against Choo for ordering the legislation on unlocking phones; ordering the inspection of a prosecutors’ office for an indictment that raised no issues of illegality; obstructing the investigation of a corruption scandal involving a financial firm; and keeping Prosecutor General Yoon Seok-youl in the dark on probes.

“Ordering legislation that forces (a suspect) to unlock his phone infringes on the constitutional right to remain silent,” the group said.

Keum Tae-sup, a former lawmaker who ditched the ruling Democratic Party last month, wrote on social media, “How is this different from a law that forces confession and threatens disadvantages on those that don’t confess?”

Keum wrote that the silence of Democratic Party lawmakers who had been members of Lawyers for a Democratic Society had enraged him to an unbearable point.

Rep. Park Beom-gye said in a radio interview Monday that Choo’s idea falls short of attaining the South Korean people’s consensus, especially those who support the Democratic Party, as the party has traditionally prioritized human rights.

Rep. Park Sung-min, a member of the Democratic Party’s supreme council, said in a radio interview that there is a line of constitutional value that one must not cross, and that the legislation is not supported by the party.