[ The Korea Herald – Send E-mail ]
[Herald Interview] With community-driven accelerator program, duo seeks startups with global impact
By Park Ga-young
Published : Nov 16, 2020 - 09:20
Updated : Nov 17, 2020 - 16:54
The world of venture investments is largely constrained to experts like venture capitalists and entrepreneurs who are well-versed in the industry. But what if the role of finding promising startups was extended to everyday people?

This is exactly what Ho Chang-seong and Moon Ji-won, the co-founders of TheVentures, a South Korea-based investor and incubator for early-stage startups, did with their Impact Collective, a community-driven accelerator program. Launched this year, Impact Collective, a collaboration of 17 organizations including UN-backed startup ecosystem and growth initiative Citypreuers, aims to find impact startups in Asia that are solving global challenges.

Impact Collective consists of 95 professional and industry expert judges but what makes the program unique is that it also has 100 “community judges,” who are ordinary people from all walks of life interested in discovering the next best startup.

Despite their experience as entrepreneurs and investors, Ho and Moon, a married couple who have been business partners since the early 2000s, believe that the involvement of potential users in investment decisions helps identify the “right problems to solve.” 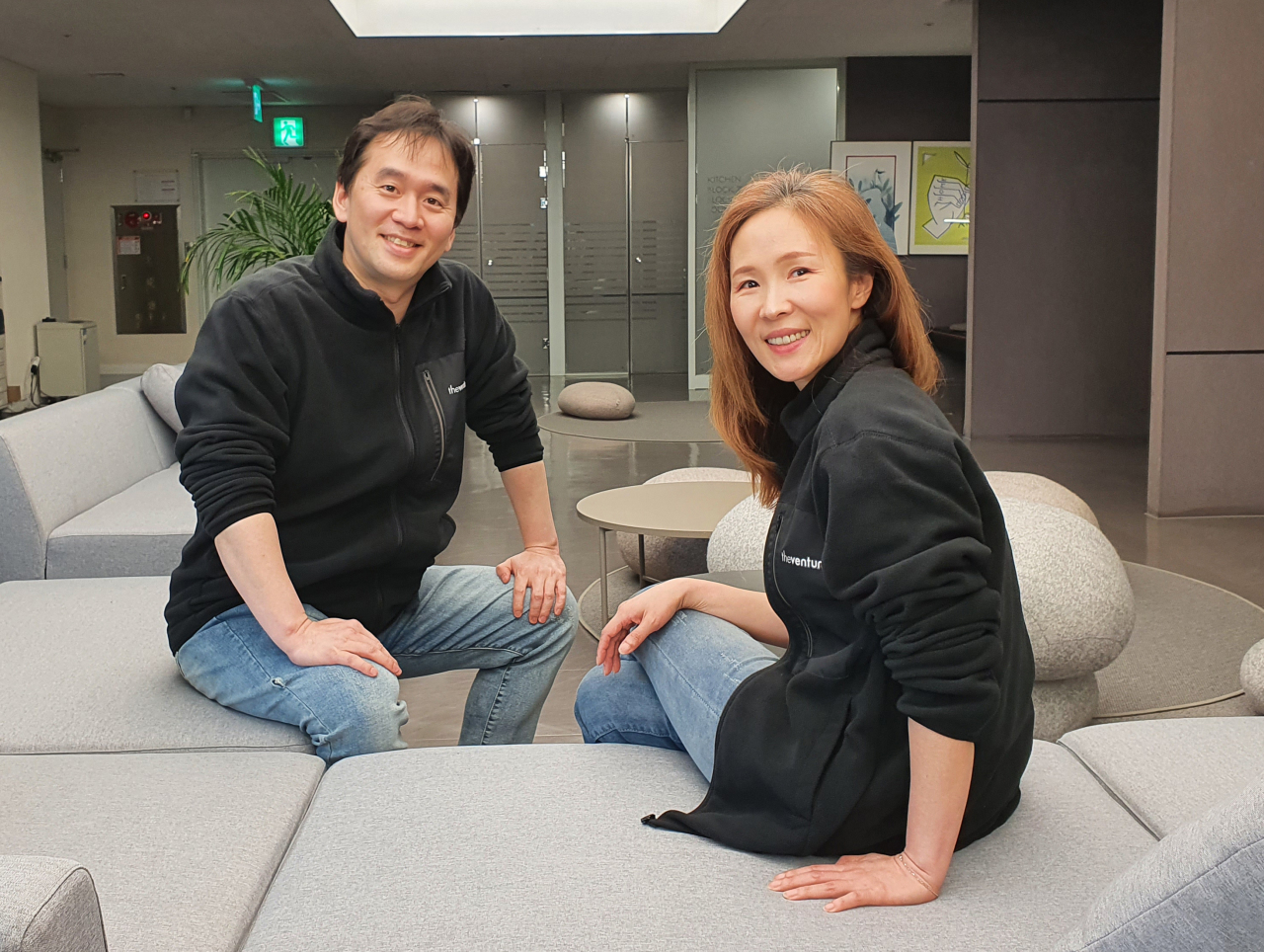 TheVentures Co-founders Ho Chang-seong (left) and Moon Ji-won (Park Ga-young/The Korea Herald)
“More often than not, defining the right problems to solve is much more important than finding how to solve certain problems,” Ho noted. “Considering no expert could possibly know everything in the world, the participation of ordinary people can help define problems. After all, they are the ones that will use the startup’s services and products.”

Their passion for diversity stems from their experiences launching their first successful company, Viki, which joined the charge of the Korean and Asian content wave in 2007, well before the sensation of Psy’s Gangnam Style or boyband BTS.

Their story of Viki, which is sold for $200 million to the Japanese e-commerce platform Rakuten in 2013, is a story that gives hopes to Korean entrepreneurs who want to build up a global startup. However, when they founded Viki in California, they initially had difficulty finding investors despite the high traffic the platform was experiencing.

Moon said that this was largely attributed to the fact that 95 percent of those who made investment decisions back then were white men, while the majority of users were non-Asians.

“They simply did not understand why Asian content was getting popular and concluded that our business model was not scalable,” Moon recalled.

“So we believe increasing diversity itself is meaningful,” Ho said. “Having said that, there are certain aspects that community judges cannot evaluate such as equity and team structures, for which professional investors’ assessment is conducive.”

Ho and Moon, who tied the knot in 2003, have founded several companies and run them together including TheVentures, which they set up in 2015, after returning to South Korea with their Silicon Valley success tale. Since the launch, they have invested in about 70 companies including Riiid, a fast-growing AI-based tutor platform, and Funda, a P2P lending for small medium size businesses.

During the five years of investment in startups, they have focused on early-stage companies in the hopes of support fledgling startups and recently have taken a great interest in impact investing that seeks social and environmental benefits alongside financial returns.

Moon and Ho said they remain positive about finding impact startups especially after they received an overwhelming 400 applications from 32 countries for the first batch of Impact Collective.

Among these 400, they have chosen 86 companies from sectors ranging from energy to the environment to equal opportunities and beyond. After the 4-month period of the acceleration program, 20 finalists will be selected and some of them will have a chance to recieve investments.

They said they aim to create success stories that are grounded in the collective intelligence that makes them so.