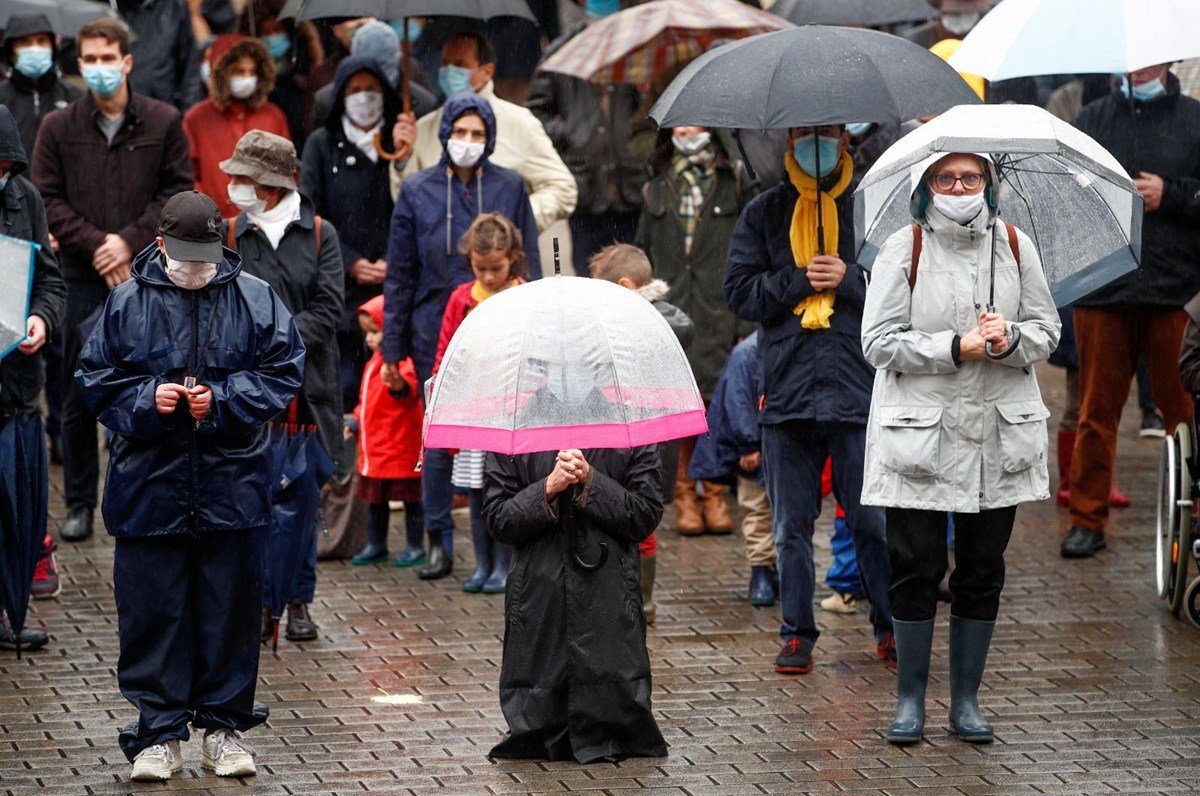 Parishioners wearing protective face masks pray at Graslin square during an open air mass in Nantes, as public masses are suspended during the second national lockdown as part of the measures to fight a second wave of the coronavirus disease (COVID-19), in France. (Reuters-Yonhap)
PARIS (Reuters) -- French police stepped up controls in Paris over the weekend to ensure residents were complying with strict lockdown rules imposed to curb the spread of COVID-19, amid signs that some people were breaching them.

Prime Minister Jean Castex has said people are not abidingby the rules as strictly as during the first lockdown back inthe spring. Police had to break up an illegal party hosting up to 400 people at Joinville-Le-Pont near Paris early on Saturday.

Under the lockdown, in force since the end of October, people must stay indoors apart from trips to buy food or other essential goods, or for a brief hour of exercise.

They must also carry signed documents to justify why they are outside.

Police were checking motorists traveling through the Boisde Boulogne in western Paris to make sure they had the necessary signed documents and were wearing masks, as required by the law.

A French landscape gardener who gave his name as Jules said he had noticed a pick-up in police controls.

"I find there were a lot of checks during the first lockdown, while it has been light in terms of checks in the beginning of this one, to be honest," said Jules, who was checked while out on his moped.

"However, I did notice that checks have been tightened over the past three days."

Jules had his papers in order but construction worker Stephane was not so lucky.

He had forgotten to download the necessary form onto his mobile phone to explain why he was out on his moped and so was handed a 135 euro ($169) fine.

"It is a mistake due to carelessness. I normally generate it but I didn't this time. Yes, forgetting it is quite expensive," said Stephane.