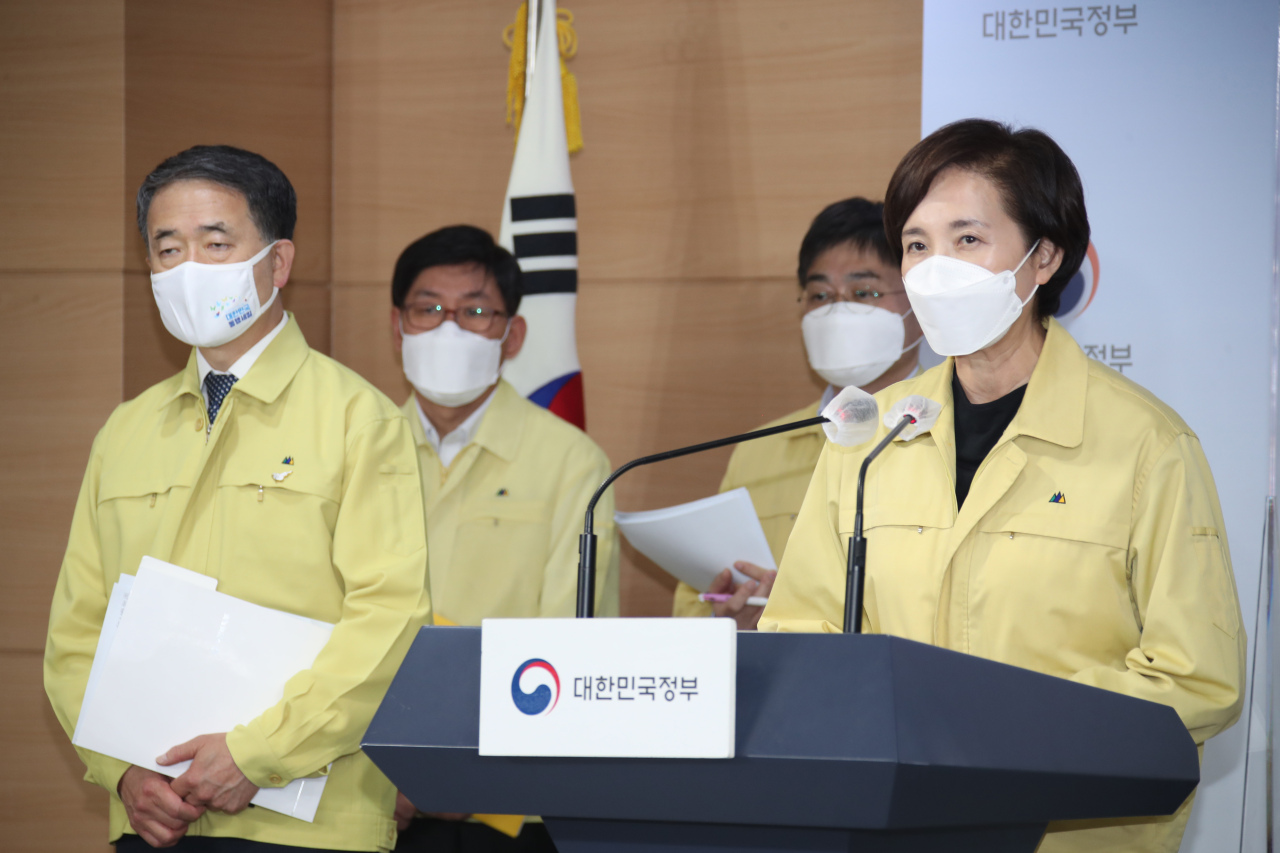 Education Minister Yoo Eun-hae speaks during a press briefing Sunday. (Yonhap)
The South Korean government on Sunday unveiled a plan to tighten monitoring of cram schools and study facilities ahead of the first national college entrance scheduled to take place during the new coronavirus pandemic.

The exam, held annually in November, was postponed as school schedules were affected by the unprecedented virus outbreak. It was eventually scheduled for Dec. 3.

Under the plan, the education ministry and provincial governments will inspect whether cram schools and study cafes are operating under proper anti-virus measures. The ministry will temporarily make public the names and infection routes if outbreaks occur.

In efforts to prevent infections, the ministry also plans to advise cram schools against running in-person classes from Nov. 26 and students to refrain from visiting such facilities.

Meanwhile, the government said it plans ensure that applicants can sit for the exam regardless of their health conditions or possible symptoms.

Those who have tested positive are expected to take the exam at hospitals or treatment centers as long as they have a doctor's letter saying they are fit enough to take the daylong exam.

More than 750 classrooms at 113 test sites will also be set aside for applicants who are under home isolation, according to the government. The government also plans to provide transportation for those who cannot go to the test sites by themselves.

"It is not appropriate at this stage to mention the number of applicants who have tested positive or are under home isolation," Education Minister Yoo Eun-hae said in a press briefing.

"But we believe that (they can) sit for the national college entrance exam stably at the hospital beds and separate test sites we've secured so far," she added.

After the test, the government plans to help test supervisors at sites where COVID-19 patients take the exam, and those under home isolation, get tested for possible infections.

It also plans to allow schools that were used as test sites to shift to virtual classes or temporarily cease school on the day after the exam. (Yonhap)