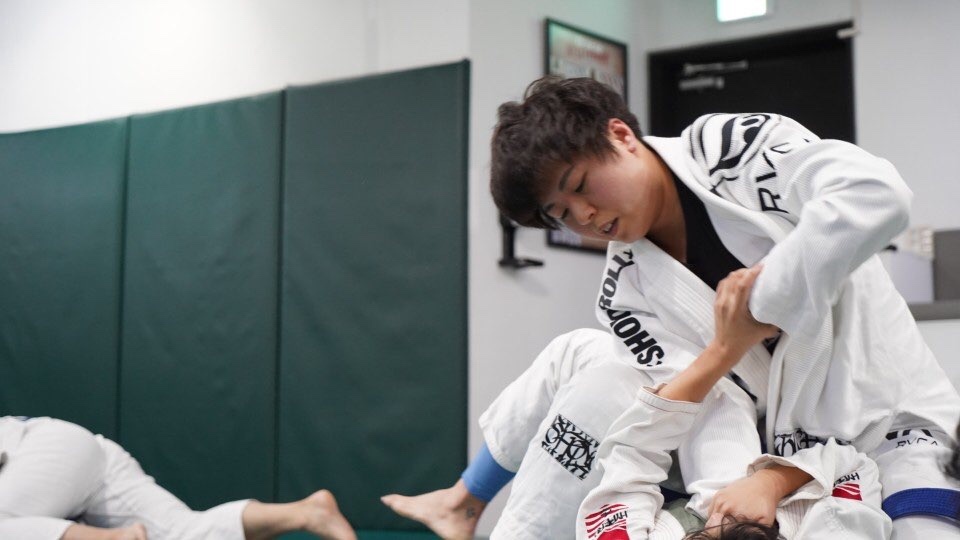 Women practice jujitsu at a studio. (Gym Buddy)
For women in South Korean society, where many struggle to fit rigid beauty standards, getting skinnier and looking feminine has been a lifelong mission and working out has been mainly for weight loss.

But more and more women are challenging the perception that muscles are only for men, turning to strength training and team sports for their health, pleasure and self-satisfaction.

On Tuesday evening at a popular franchise gym in Gwanghwamun, central Seoul, the weights section was predominantly occupied by men, with some women found on the cardio machines.

“The majority of women still sign up for the gym mainly to lose weight, but there is an increasing number of women who come to the gym to improve their fitness and alleviate pains in certain body parts, mostly in their 20s and 30s,” said Ted Park, a 29-year-old personal trainer. The gym saw an increase of about 15 percent in female membership in recent months, even with the COVID-19 pandemic, he said.

Yang Min-young, 38, began exercising to get thinner. But she soon woke up to the benefits of strength training. She is now an avid fan of CrossFit and jiujitsu, a self-defense martial art.

“When I objectified my own body, I appreciated it less because I tried so hard to meet the beauty ideal,” said Yang, author of a book titled “Women Who Work Out.” “After strength training, I felt full of energy. I felt like discovering myself. I came to focus on what my body was capable of instead of how it looked, and came to respect my body more.”

In an attempt to empower women through sports, Yang set up a social business called “Gym Buddy,” a sports club exclusively for women. They hold trial classes for different sports from basketball to jiujitsu.

“In Korea, doing exercise still appears to be a masculine act. If I work out to strengthen muscles, people ask me why I would do that when I am not a man and I am a woman,” she said. “But improving physical strength means that we set ourselves free and become more independent, which are fundamental human rights.”

Lee Yun-jin, 28, an elementary school teacher, is a member of a local volleyball club. She is also learning to play tennis and attending Pilates classes.

“Women taking Pilates classes is more easily accepted as an effort to lose weight or keep our bodies in shape,” she said. “When I tell others that I, as a woman, play volleyball, basketball or soccer, people are surprised. It may be because the sports are mostly played by men in school.”

When she was attending school some 20 years ago, boys usually went out to the playground during breaks to play soccer or basketball, while girls remained in the classroom and chatted. This, she said, may have reinforced the perception that sports are for men.

Now, she is witnessing changes in classrooms, with more girls participating in physical activities and more girls’ sports clubs being formed.

“Of course, girls and boys still try to fit in their peer cultures, putting aside what they really like doing,” she said, referring to the tendency of boys being more physically active. “But more female sports clubs are being created and there are opportunities for girls to participate in physical activities.”

She hopes to see more women taking part in sports throughout their lives.

“Men joining a weekend soccer club to relieve stress is considered natural, but it is not for female grown-ups, especially women with children,” she said. “But I hope more women can also relieve stress, feel joy and revitalize life through team sports.” 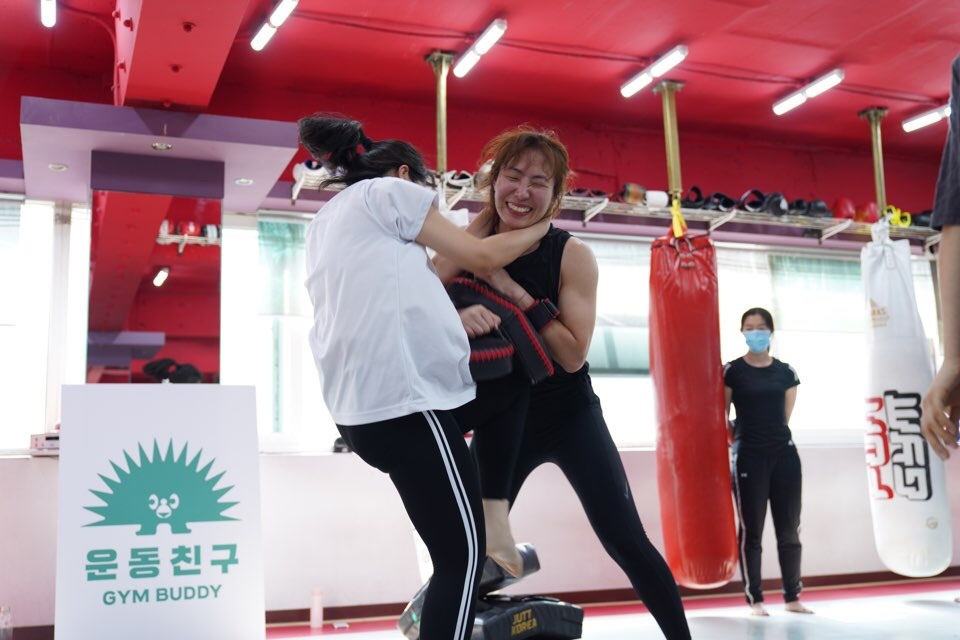 The growing popularity of strength training among women can be seen in sales figures. According to e-commerce site Gmarket, sales of fitness equipment preferred by women -- such as kettle bells and dumbbells -- have increased by 36 percent this year as of Oct. 27, compared to a year earlier.

Park Eun-ji, who has taken part in combat sports such as taekwondo, judo, jiujitsu and boxing as well as CrossFit since the early 2000s, said she can see more women becoming interested in such pastimes.

"I was not able to find women in combat sports fields until mid-2000s. There were no female instructors in such fields. Now, I can see more women in boxing studios, for example, with more and more studios equipped with shower facilities for women," said Park, who runs a gym called From the Body in northeastern Seoul.

"It seems that more women have begun to realize the importance of strength training," she said.

The catalyst for motivating women to take up strength training may be in the media -- the very tool that has reinforced seemingly impossible beauty ideals.

Kim Min-kyung, who often uses her plus-sized body as a source of humor, is winning the hearts and minds of many women through her stunt in web entertainment program “Exercise Fat From Today.” On the show, Kim works out to get healthier rather than to lose weight. She easily lifts 300 kilograms in a leg press, taking her trainer and viewers by surprise and earning herself the nickname “General” for her strength.

“Her physical strength is something she should be proud of and it is showing any body type can be celebrated as long as it is healthy,” she said, adding this could be a sign that many women began to see and embrace diverse body types.

Yun Ji-yeong, assistant professor of the Institute of Body and Culture at Konkuk University, also pointed to a change in the perception of female bodies.

“The perception of women’s bodies used to be that they should be seen, chosen and desired by men. The more vulnerable women’s bodies were, the more popular they used to be -- the bodies that could be controlled by men,” Yun said. “Such a beauty ideal still exists in the mainstream culture.”

“But amid a rise of feminism, the perspective is shifting. There are more attempts to appreciate women’s bodies for their functions,” she said. “It is about getting healthier, expanding the scope of activities and taking on many other challenges.”