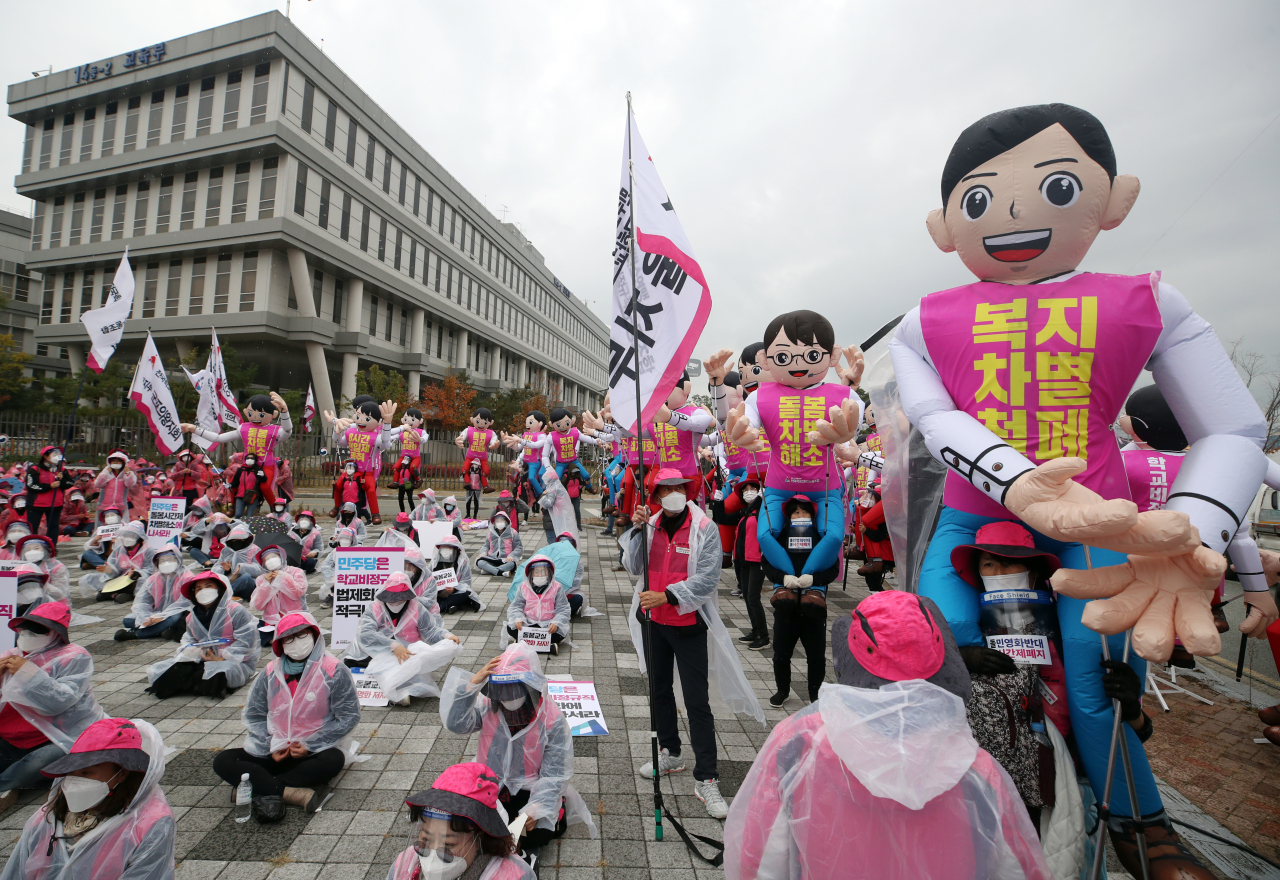 After-school care attendants stage a rally Friday in front of the Ministry of Education building in Sejong as they stage a one-day strike in protest of the ministry`s legislative revision plans. (Yonhap)
South Korea on Friday saw a void in child care services across the country following a mass one-day strike by thousands of after-school care attendants.

The workers - part of a coalition of non-regular school workers - staged rallies in front of the Ministry of Education in Sejong and education offices across the nation, protesting a legislative revision that would make after-school care a community-level project planned and managed by local government authorities.

At present, individual elementary schools hire workers to provide care to students in need of such service after school hours.

The group warned a bigger and more disruptive strike could follow, should the government and the National Assembly fail to heed their demands. According to the group’s announcement on Thursday, more than half of its 12,000 members working as care workers at schools are expected to join the one-day strike.

In Korea, around 200,000 elementary school students benefit from after-school programs, and 80 percent of them are 1st and 2nd grade students.

The care void on Friday has been much smaller than initially worried, as the Education Ministry, individual education offices and school officials stepped up to fill in gaps of after-school care workers on strike.

Some elementary school management officials stepped up to fill the gap and care for their students in after-school care programs, and regional education offices utilized after-school care workers who didn’t join the strike to fill in gaps for programs void of workers.