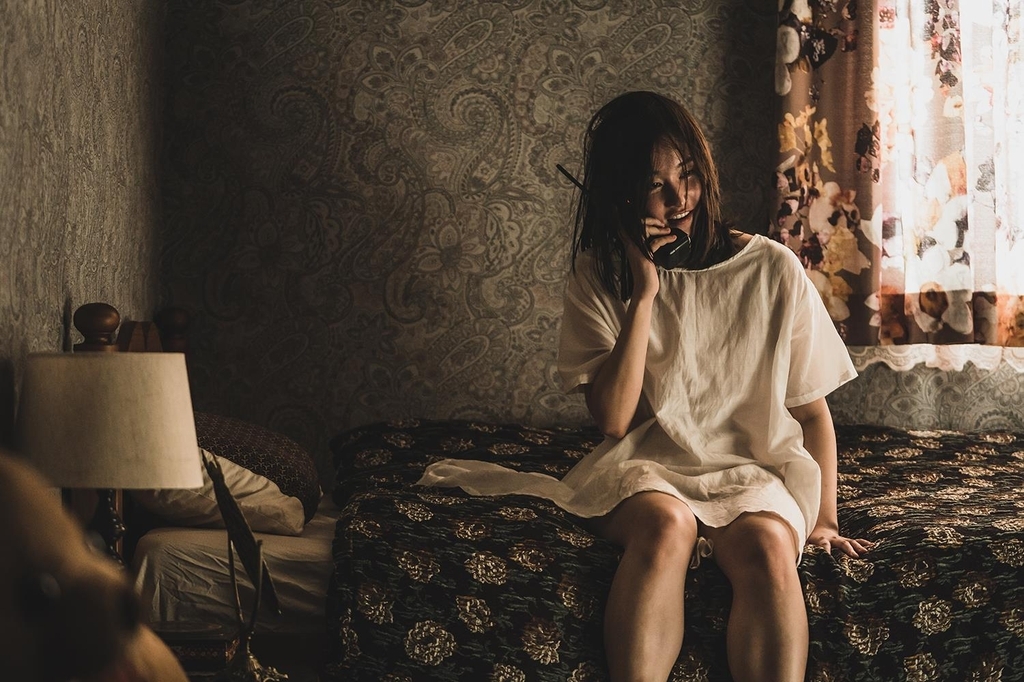 A scene from “The Call,” which will be released on Netflix on Nov. 17. (Netflix)
Highly anticipated local thriller “The Call” chose to follow the steps of crime thriller “Time to Hunt,” which skipped its theatrical release and went straight to Netflix in April.

“Since many movie fans have been waiting for the release of ‘The Call,’ we considered many different options for quite a long time, and finally came up with the decision to release it on Netflix. We see that it is the best way to present our movie to a wide variety of audiences,” Next Entertainment World, the film‘s distributor, spokesperson Kim Sun-ah told The Korea Herald.

“The Call,” which was originally set to be released in March, will now debut on the global OTT platform on Nov. 17. It is the debut feature film by director Lee Choong-hyun, who has won various awards, including the Jury prize at the 33rd Busan International Short Film Festival in 2016 and the best short-film award at the 11th Paris Korean Film Festival in 2017, with his short film “Bargain” (2015).

In Lee‘s upcoming mystery thriller, Seo-yeon (Park Shin-hye) finds an old phone and receives a call from a stranger named Yeong-sook (Jeon Jong-seo). The two women soon realize that they are living in the same house but in different times and become friends. However, after Yeong-sook finds out about her terrible future, she turns reckless and starts threatening Seo-yeon.

NEW admitted that it started considering the Netflix option partially because of the ongoing COVID-19 situation.

The number of theatergoers in September totaled 2.99 million, a drop of 80 percent compared to the same period last year, according to the Korean Film Council. This is the lowest September record since the Korean Film Council started tracking the numbers in 2004. The record-breaking low number was largely due to the rise in the number of COVID-19 cases here in August which prompted the authorities to tighten social distancing to Level 2.5.

Also, the accumulated sales at theaters so far this year dropped 71 percent to 424.3 billion won ($373.28 million), according to the Korean Film Council.

NEW is also in talks with Netflix over releasing the film “Night in Paradise” by director Park Hoon-jung.

Some movie industry insiders view the possibility of reaching global audiences an important option that local distributors have when going straight to the global OTT platform.

“We also had global audiences in our mind when making our decision as Netflix presents films to 190 countries,” the NEW spokesperson said.

However, although “Time to Hunt” is now available in 190 countries, how it is performing in the global market is not clear.

“We do not have any data that we can provide to show how popular ‘Time to Hunt’ is among global audiences,“ a Netflix public relations staff told The Korea Herald.

Eyes are now on the upcoming big-budget sci-fi film “Space Sweepers” from director Jo Sung-hee, which was slated to hit the local theaters in September. It is reported to be considering a Netflix release as well. The movie tells the story of a crew of space junk collectors fighting a humanoid robot stars several of Korea’s biggest names, including Song Joong-ki, Kim Tae-ri and Yoo Hai-jin.