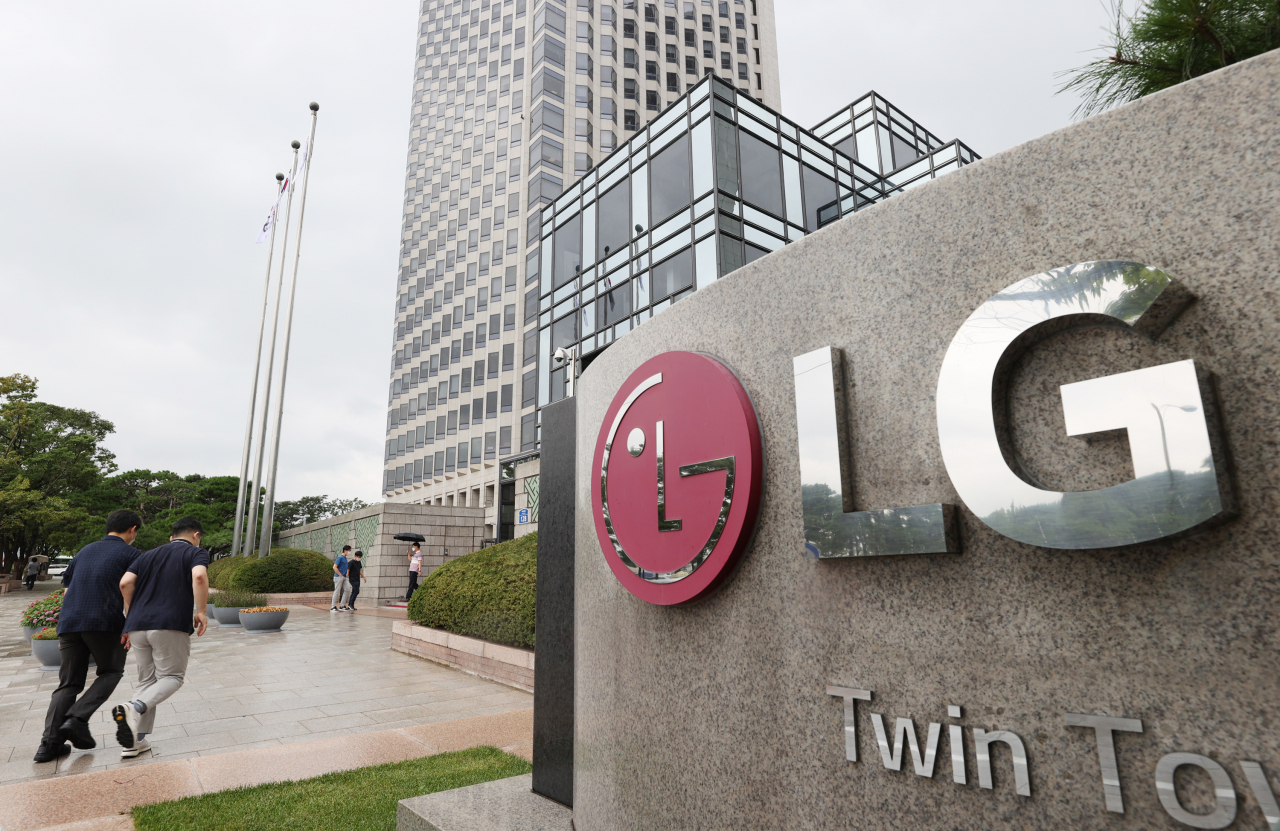 LG Twin Tower in Seoul (Park Hyun-koo/The Korea Herald)
LG Chem enjoyed the greatest quarterly revenue and operating profit in its history in the July-September period ahead of its controversial battery business split-off, according to a regulatory filing Wednesday.

The South Korean refinery-to-battery firm recorded 7.5 trillion won in revenue ($6.6 billion) in the third quarter, a 8.8 percent increase on-year, while its operating profit jumped 158 percent to 902.1 billion won in the same period.

The revenue and operating profit figures would be the largest since the fourth quarter of last year and the first quarter of 2011, respectively.

LG Chem’s best-ever results have been propelled by its petrochemical business and battery business.

The petrochemical business, which accounted for 3.5 trillion won and 721.6 billion won of total revenue and operating profit, posted the greatest operating profit margin of 20.1 percent, thanks to a rebound in demand and continued slump in oil prices.

Looking ahead, LG Chem Executive Vice President Cha Dong-seok said that sales in the petrochemical and battery divisions are expected to improve in the fourth quarter on robust demand for the products, despite the COVID-19 pandemic.

However, controversies remain despite the earnings surprise as LG Chem aims to split off its booming battery business as a wholly-owned subsidiary named LG Energy Solution.

On Wednesday, a domestic proxy advisory Sustinvest recommend shareholders to vote against the split-off, which awaits a final approval at shareholders meeting scheduled for Oct. 30. If approved LG Energy Solution will be officially launched on Dec. 1.

After the split-off, LG Chem aims to take LG Energy Solution public and sell 20-30 percent of its subsidiary to shore up funds for the expansion of its battery business.

To soothe complaints from retail investors opposing the split-off, the company recently made an announcement that it would offer cash dividends of at least 10,000 won per common share for the next three years by 2022 and allocate a minimum 30 percent of net income for dividends.