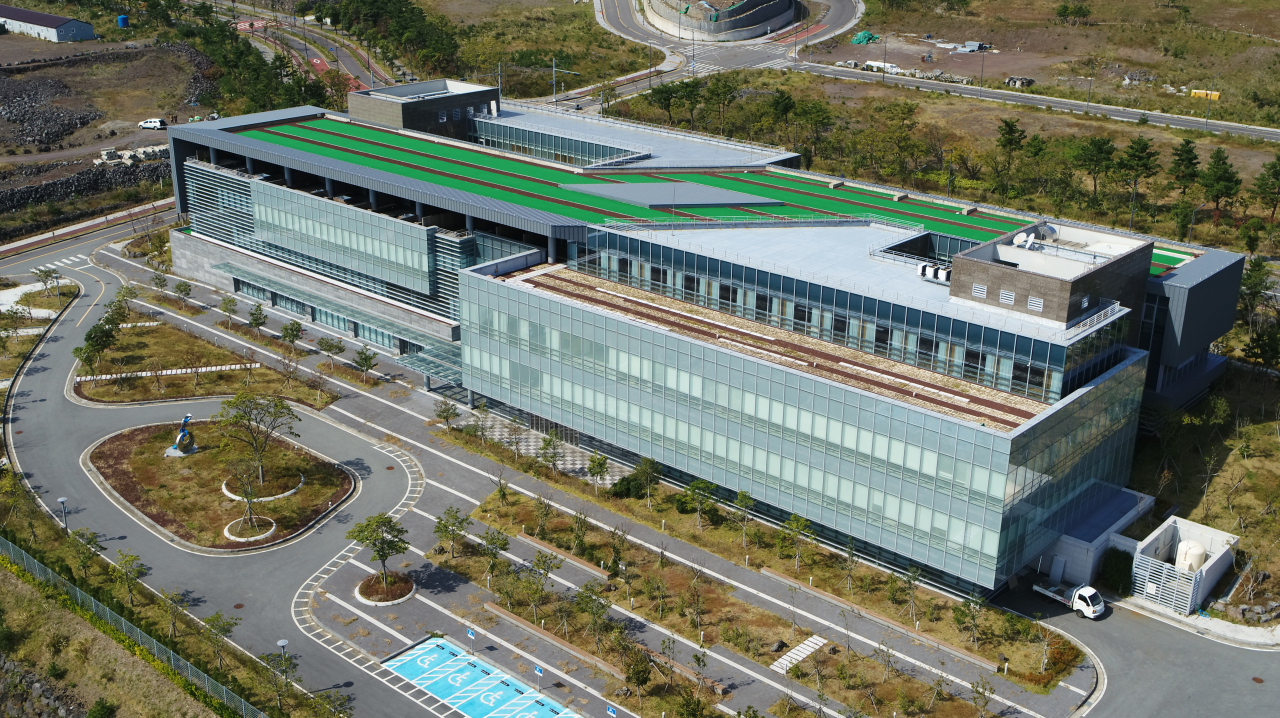 (Yonhap)
JEJU -- A court on the southern island of Jeju on Tuesday upheld the local government's revocation of the business license of what would have been the nation's first for-profit hospital.

The operator of the Greenland International Medical Center, owned by a Chinese real estate developer, filed a lawsuit in May 2019 against the provincial government's decision to cancel the approval after the hospital missed the deadline for opening.

The company, Greenland Jeju Healthcare Town Co., also lodged a suit in February 2019, seeking to nullify government's order that the medical center treat only foreigners as a condition for the approval of the first investor-owned medical institution in the country.

The Jeju District Court ruled in favor of the Jeju government over the invalidation of the license.

Despite the dispute over the conditional approval, the court said, the hospital had to open within three months of the permit's issuance under the medical service act, but it refused to do so without providing due reasons.

The court, however, postponed its verdict on the limitation of patients until after the ruling on the license withdrawal is confirmed by higher courts.

South Korea permits profit-seeking hospitals only in Jeju and eight Free Economic Zones. Such entities must be at least 50 percent foreign-owned.

The Jeju medical center, owned by the Shanghai-based Greenland Group, received approval on Dec. 5, 2018, on condition that the hospital does not treat domestic patients. The measure was taken to minimize the impact the commercial hospital may have on the nation's medical service system.

The local unit of the Chinese group insisted that it is against the national medical law to limit the scope of patients of a hospital. The Jeju government defended its decision, saying the approval was made under its own autonomous law.

As the hospital failed to open by the deadline in March 2019, the government cancelled the approval on April 17. (Yonhap)