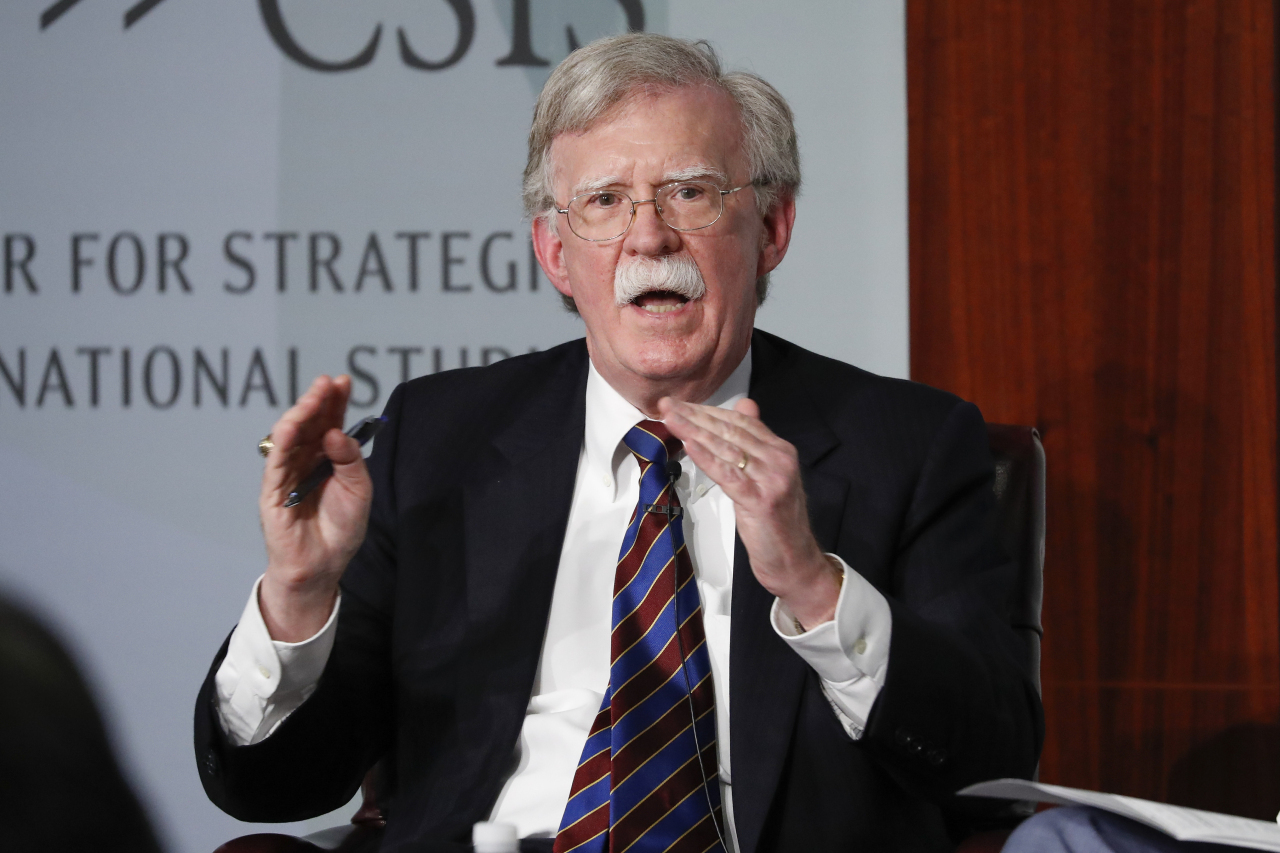 John Bolton (AP-Yonhap)
North Korea poses a more imminent threat to the US than either Russia or China and the threat continues to grow worse, former US national security adviser John Bolton said Monday.

“We have two basic threats. One is Russia the other, China,” Bolton told a webinar hosted by the Atlantic Council, singling out China as the “existential threat” for the US and describing North Korea and Iran as top priority countries with overriding concerns about nuclear proliferation.

Bolton has repeatedly argued that North Korean leader Kim Jong-un would never relinquish his nuclear arsenal voluntarily, and once proposed mobilizing the military to topple the ruling Kim family.

The hawkish adviser to President Donald Trump was fired from office in 2019 amid discord with the administration over how to get the nuclear-armed North Korea to dismantle its nuclear weapons program in exchange for sanctions relief.

He also warned North Korea, along with Russia, China, and Iran, not to meddle in the US presidential election in November, as they could “pay a much higher cost” than what they aim to gain.

Meanwhile, 51 percent of Americans said they believe Pyongyang’s nuclear weapons program is a threat to Washington, according to a poll by the Chicago Council on Global Affairs on Monday.

That was the lowest figure since the group began the survey, marking a dramatic fall from 75 percent in 2017. The respondents said they were more worried about Iran’s nuclear program, a rising China and global terrorism.

Also the number of Americans against initiating the US military strike or deploying ground troops to destroy the North’s nuclear arsenal was lowest, with only 29 percent and 24 percent in favor, respectively.

The poll found living with a nuclear-armed North Korea was the least preferred option on Pyongyang’s disarmament negotiations. And only 14 percent said that the nuclear talks between Trump and Kim would open a way to denuclearization.

American’s favorability rating of North Korea also hit its bottom at 19 points out of 100, the lowest ever and trailing behind ratings of South Korea, Japan and China.