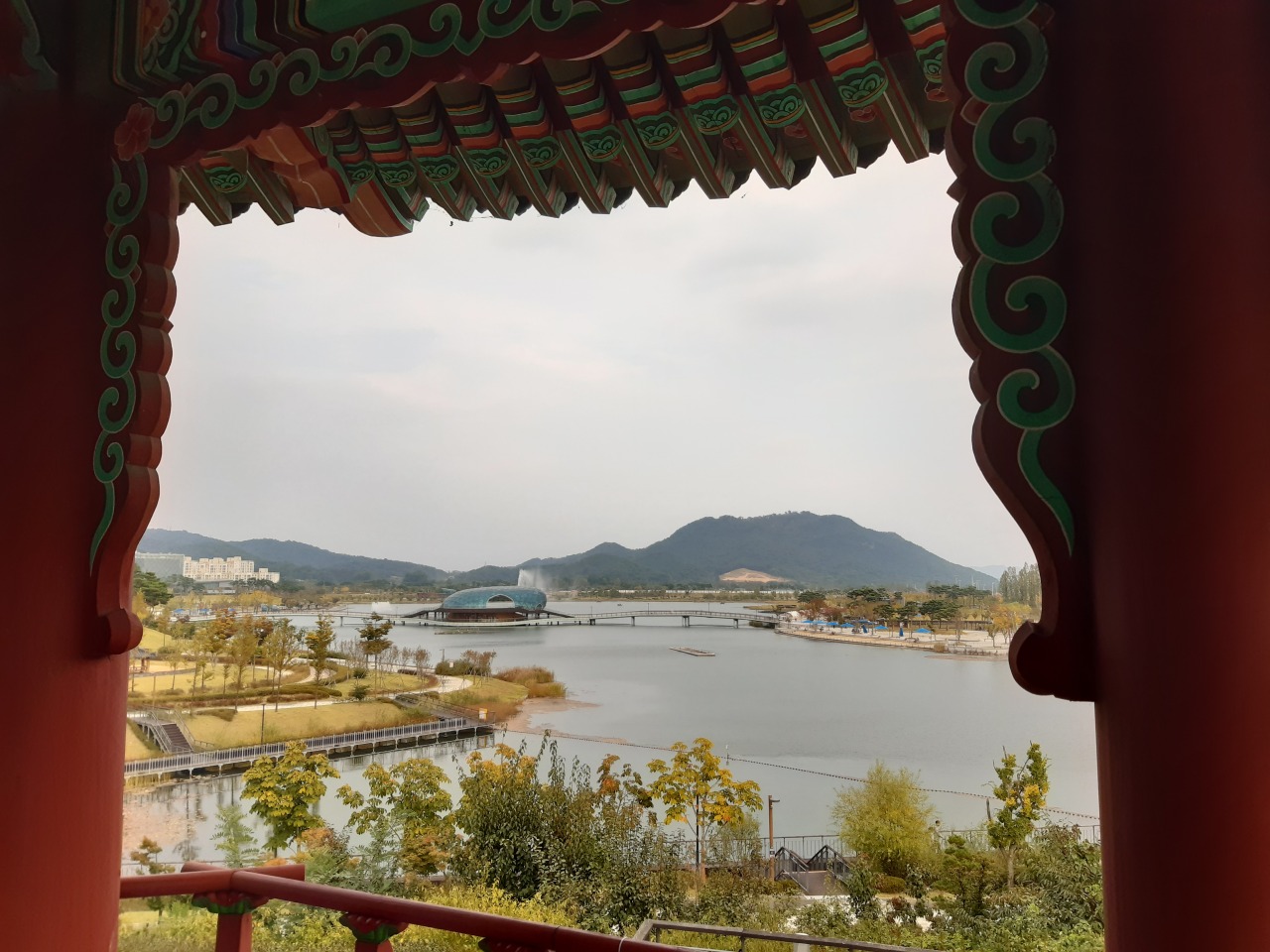 A view shows Sejong Lake Park near the government complex where 12 ministries are headquartered, earlier this month. (The Korea Herald)
SEJONG -- South Koreans are paying close attention to the resurfaced issue as to whether Sejong will join the league of cities such as Ankara, Brasilia, Canberra and Ottawa.

These four cities, despite being their nations’ capitals, usually lag behind Istanbul, Rio de Janeiro (or Sao Paulo), Sydney (or Melbourne) and Toronto (or Vancouver) -- in turn within each nation -- in terms of gross domestic product or public awareness worldwide.

Some political heavyweights from the ruling party in Korea are highlighting the necessity of regionally balanced development across the nation, in which they have pledged to push for relocation of the administrative capital from Seoul to Sejong.

Nominally, the project might be possible through an amendment to the Constitution, as the now-defunct special law on capital relocation was found unconstitutional in 2004 during the Roh Moo-hyun administration.

But some ruling party lawmakers argue that the relocation project could be revitalized by reaching a consensus with opposition parties.

Four ministries (National Defense, Foreign Affairs, Unification and Gender Equality and Family) are headquartered in Seoul, with another (Justice) in Gyeonggi Province’s nearby Gwacheon.

As for the Ministry of Foreign Affairs, embassies and other diplomatic offices located in central Seoul will also possibly be urged to move to Sejong for the continuation of dialogue and coordination, backed by convenient contacts anytime, with the Korean government.

When it comes to the Ministry of Justice, there could be a situation that the justice minister should frequently make the four-hour round trip to Seocho-dong in Seoul, where the Supreme Court and Supreme Prosecutors’ Office are located, unless the judges and prosecutors join the relocation effort.

The scenario involving the Foreign and Justice ministries is likened to the situation that the Financial Services Commission remains in Seoul as major financial services firms, including banks and brokerages, are headquartered in Seoul.

After the relocation issue came into the spotlight in the summer, Sejong posted the highest growth in apartment prices among the 17 major cities and provinces. In less than three months since July 31, the average housing price in the administrative city has surged 20.3 percent. Further, the on-year growth rate reached 64.4 percent as of Oct. 16, according to a commercial bank indicator.

“I agree with the idea of balanced development,” an online commenter said. “But Sejong (where the main government complex is located) has sufficiently developed over the past few years. Other candidates for the capital should be searched if the relocation should be pushed forward again.”

Some commenters alleged that some politicians and civil servants might have enjoyed huge capital gains -- given current prices -- after purchasing land or apartments at cheap prices in the 2000s and 2010s in Sejong (which was launched as the administrative city in 2012).

Others claim that the issue was merely aimed at finding a political breakthrough amid a slide in approval ratings for President Moon Jae-in and the Democratic Party of Korea.

A salaried employee in Gyeonggi Province, who said he supports the relocation, expressed skepticism over the realization probability. “I don’t think the ruling party would bear the brunt of facing the backlash from residents in the Seoul-Gyeonggi area, given the coming core elections.”

Meanwhile, there were almost never campaign pledges in front of voters over the capital relocation from left-wing candidate Moon Jae-in in the 2017 presidential election and the Democratic Party in the 2020 general election.