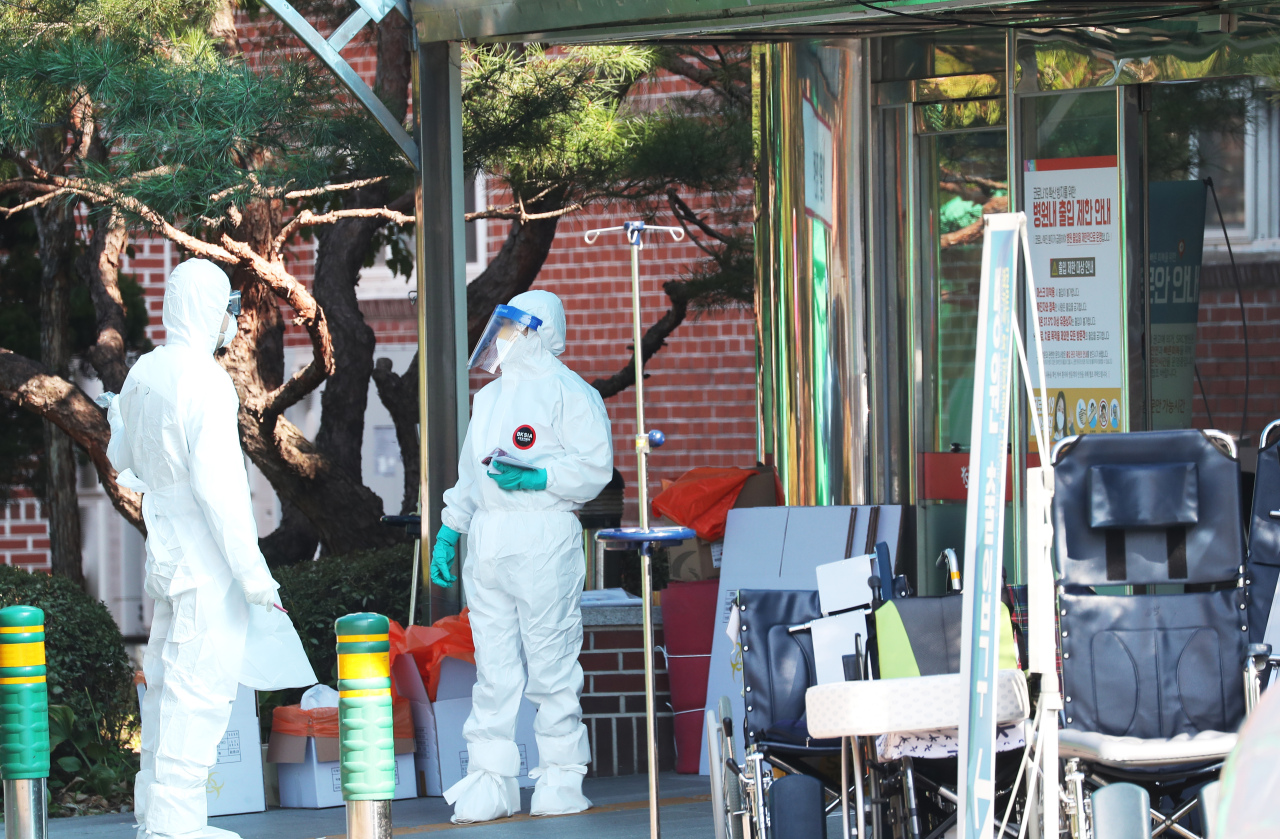 South Korea saw double-digit gains in the daily count of new COVID-19 cases for the fourth consecutive day on Monday, with clusters of infections at hospitals posing a threat to the government’s virus control efforts.

Korea added 76 new coronavirus cases -- 50 locally transmitted and 26 imported from overseas -- in the 24 hours ending midnight on Sunday, according to the Korea Disease Control and Prevention Agency.

Monday’s tally is a drop from 91 posted from the previous 24-hour period, but this could be effect of fewer COVID-19 tests being carried out over the weekend.

Despite the stable infection rate, the government is on alert over sporadic outbreaks in the Seoul metropolitan area, especially clusters of infections detected at rehabilitation, nursing and general hospitals.

Starting Monday, authorities are to conduct virus tests for 160,000 people staying or working in some 2,730 senior hospitals, mental hospitals and senior care facilities in Greater Seoul, amid a surge in virus cases linked to such facilities.

Eight more people tested positive for the coronavirus from a rehabilitation clinic in Gwangju, Gyeonggi Province, bringing the total related infections to 59. The first case from the clinic was reported Friday.

Fourteen more people tested positive from a nursing hospital in Busan, pushing up the total related cases to 73.

From a hospital in northern Seoul, two more people tested positive, with a total of 67 cases traced to the hospital so far.

Of locally transmitted cases in the latest tally, the majority were from Greater Seoul -- 11 in Seoul, 15 in Gyeonggi Province, which surrounds the capital, and four in Incheon. Fourteen cases were reported in Busan, with two each in Daejeon and South Chungcheong Province and one each in Gwangju and Gangwon Province.

Major indicators show that the country’s virus situation is under control, with the infection rate steady and the proportion of cases with unknown infection routes having decreased.

The proportion of cases where the infection routes were unknown fell to 14.4 percent during the period of Oct. 11-17, from 18.6 percent the previous week.

As many countries around the world battle resurgences of the coronavirus, Korea is also seeing a growing number of imported cases coming from overseas.

The daily average number of imported cases for the past week was 18, up from 13 in the previous week, according to the KDCA.

On Monday, 26 imported cases were reported, 14 of which were identified while the individuals were under mandatory self-quarantine in Korea and 12 of which were detected during the quarantine screening process at the border.

Out of the 26 cases, 18 involved foreign nationals.

The number of COVID-19 patients in serious or critical condition here was 78 as of Monday.

The death toll stays unchanged at 444. The overall fatality rate is 1.76 percent.

So far, of the 25,275 people confirmed to have contracted the new coronavirus here, 23,368 have been released from quarantine upon making full recoveries, up 56 from a day earlier. Some 1,463 people are receiving medical treatment under quarantine.

The country carried out 4,697 tests in the past day, with over 2.47 million tests conducted since Jan. 3. Some 16,763 people were awaiting results as of Monday.