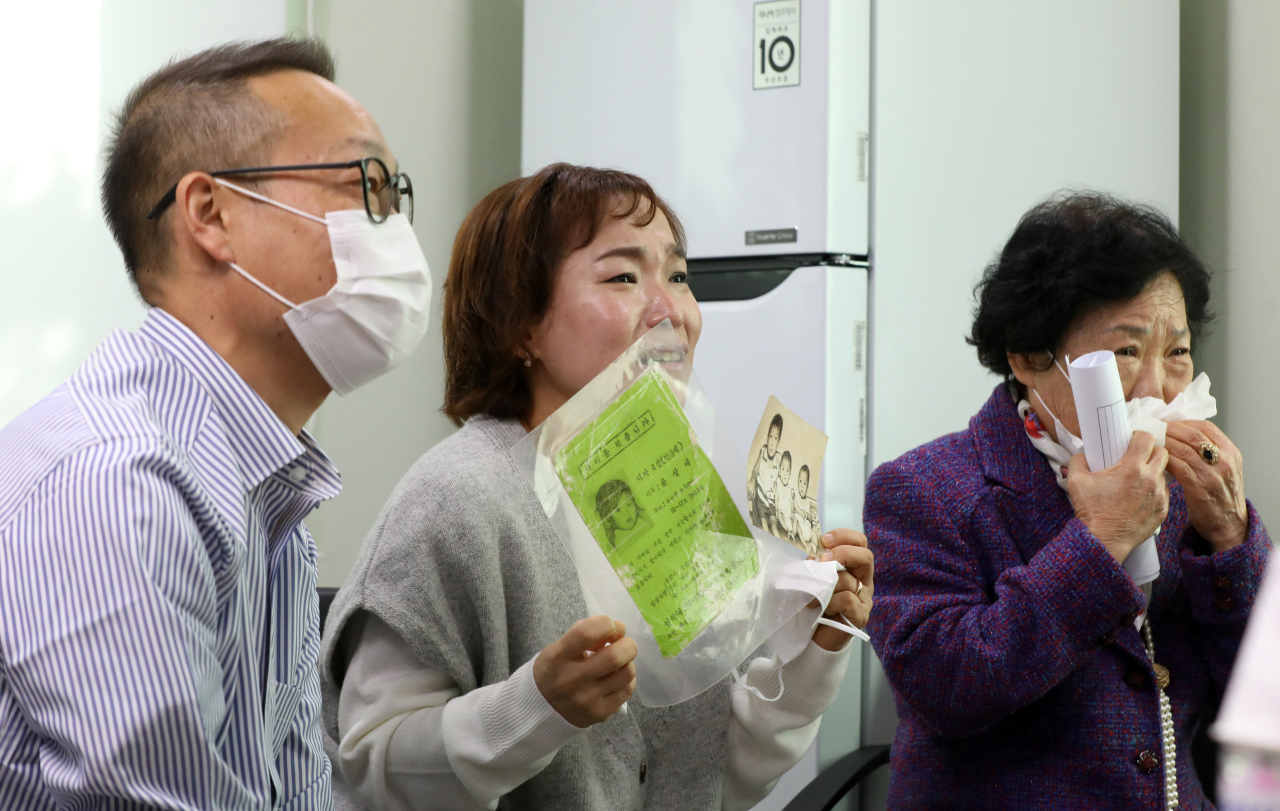 Yoon Sang-hee (center), twin sister of Yoon Sang-ae, a Korean-born adoptee who is now an American citizen, holds a photo and a poster during a reunion held via a video call in Seoul on Thursday. (Yonhap)
A 47-year-old Korean-born woman adopted by an American family 44 years ago has reunited with her biological family after conducting a DNA test through a South Korean mission in the United States, the foreign ministry said Friday.

Yoon Sang-ae was three years old when she went missing while at a market in Seoul with her grandmother. She was flown to the United States months later.

After the National Forensic Service found the two to be in biological relation, Yoon had to go through another DNA test to confirm the results.

Instead of flying back to South Korea, she sent her DNA sample via a South Korean mission in Boston, according to the ministry.

It was the first case where a Korean-born adoptee found the biological family after the government began providing a DNA test service for overseas adoptees to help them be tested and register their information without having to come to South Korea.

The program, which was launched in January, is available in 34 South Korean missions in 14 overseas countries.

"We will do our best so that Korean adoptees overseas can more easily and conveniently find their biological parents, families through our missions there," a ministry official said. (Yonhap)