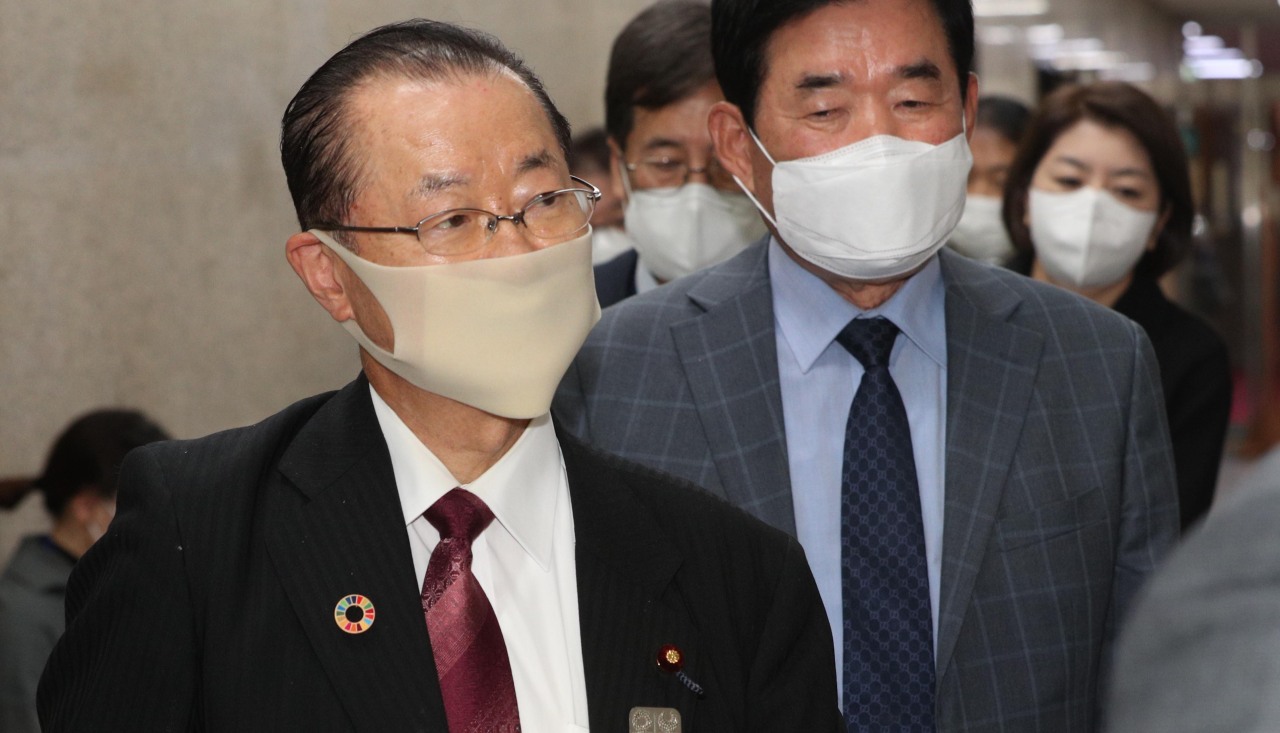 During the 40-minute closed-door meeting in Seoul, Lee expressed regrets over Japanese Prime Minister Yoshihide Suga's sending of a ritual offering to a war shrine seen as a symbol of Japan's past militarism the previous day.

It was Suga's first offering to the war shrine since he took office in September. He succeeded Shinzo Abe, who resigned due to health issues.

While noting that he was aware of the criticism from South Korea and China over the issue, Kawamura said it was a custom that has been kept from before the new prime minister took office.

A former chief Cabinet secretary, Kawamura is a senior member of the Japanese side of a cross-party parliamentary union that promotes South Korea-Japan relations.

Sunday's meeting was also attended by Rep. Kim Jin-pyo of the ruling party who was recently elected to lead the South Korean side of the union. (Yonhap)