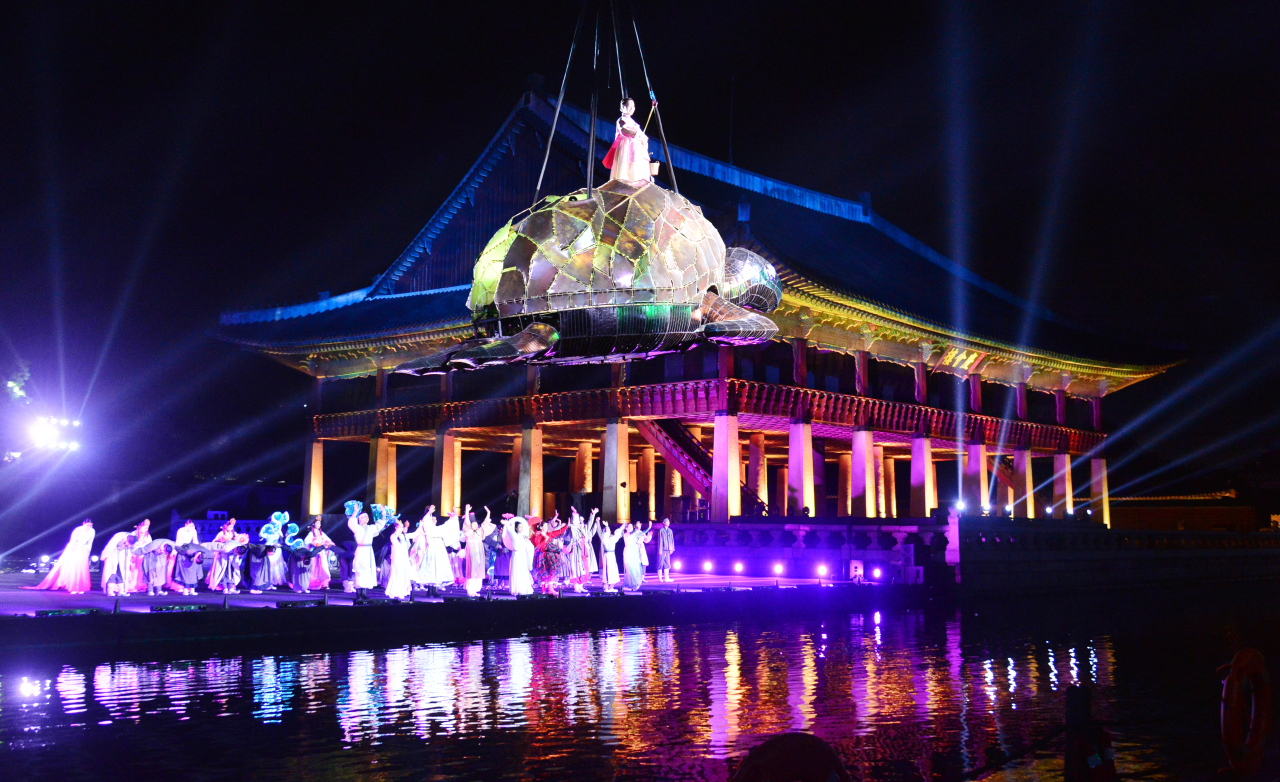 During the finale of the Royal Culture Festival musical based on the traditional Korean folktale “Sim Cheong” on Wednesday, the heroine rides a wire-flying turtle while waving to the audience. (Park Hyun-koo/The Korea Herald)
With the government having eased its social distancing guidelines from Level 2 to Level 1 in a three-tier system on Oct. 12, the Royal Culture Festival successfully completed eight days of offline events from Oct. 10-18 at four palaces -- Gyeongbokgung, Changdeokgung, Changgyeonggung and Deoksugung -- as well as the royal shrine Jongmyo.

Of the 12 performances, exhibitions and hands-on experiences at the palaces, the highlight was a musical based on a Korean folktale in which the young heroine, Sim Cheong, sacrifices herself to the king of the underwater world to cure her father’s blindness. Tickets, priced at 30,000 won, sold out within two minutes on Oct. 7, according to the organizer.

The highly anticipated show -- performed on a floating stage at Gyeonghoeru Pavilion within Gyeongbokgung -- did not disappoint. During the scene where Sim Cheong returned from the underwater world, performer Song Jin-young, in the title role, skyrocketed into the air hanging by a wire from a 70-meter-tall crane. When Sim Cheong reached the roof, which is 21.5 meters above ground level, she disappeared out of sight.

The musical used water projection, a technique that involves projecting video images onto a thin film of water, to depict the underwater scenes.

While the show ended its seven-day run Saturday, the performance will be available online through the festival organizer’s YouTube channel from Oct. 26-31.

Another highlight of the Royal Culture Festival was held along the forest trail on the grounds of Changgyeonggung.

The walk began with the voice of actor Lee Sun-gyun, known for his uniquely attractive deep voice, after which a tunnel created with a laser beam appeared. The participants walked through the tunnel and entered a forest trail around 300 meters long, where they could see different light shows. 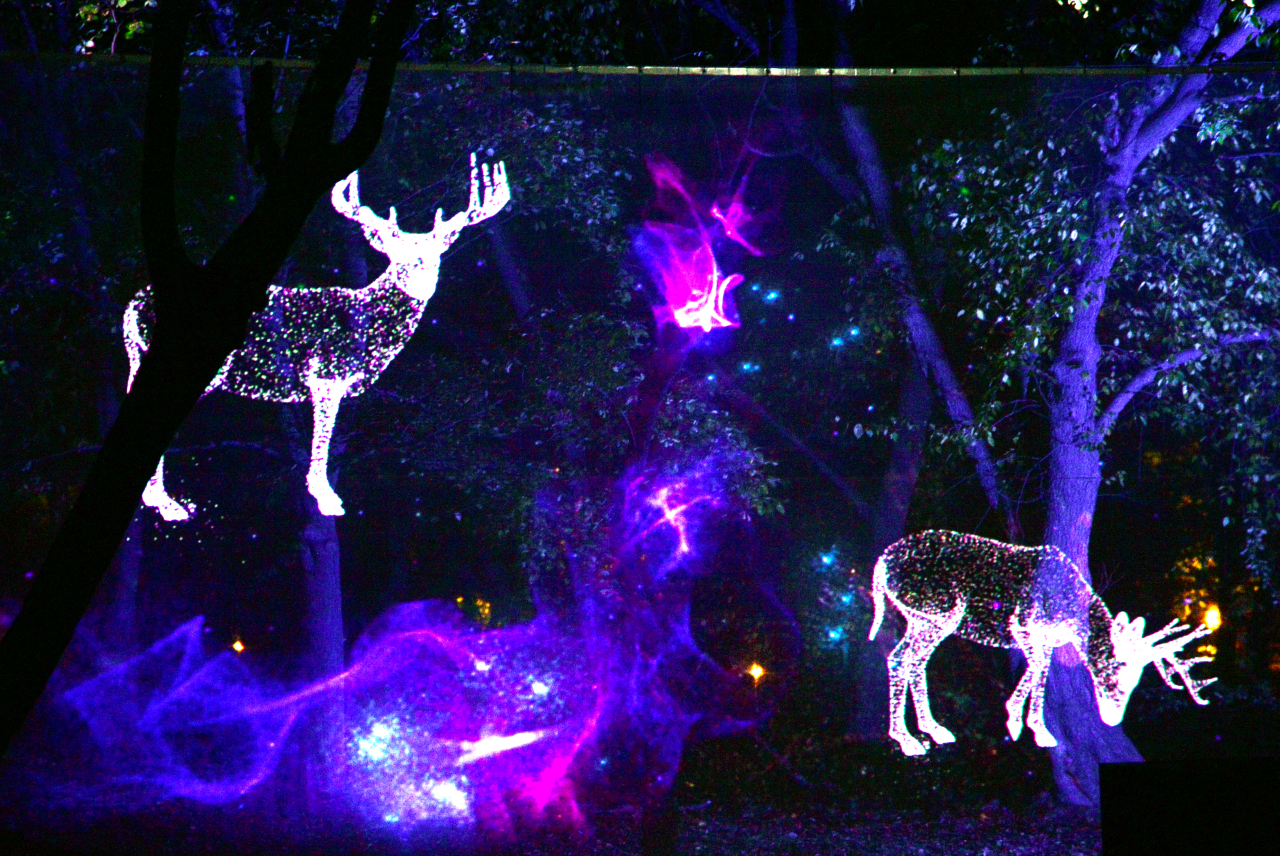 A screen installed on the forested grounds of Changgyeonggung presents the 10 symbols of longevity in Korean culture. (Park Hyun-koo/The Korea Herald)
“Our initial plan was to install some educational materials in the forest so that people could learn some history while strolling in Changgyeonggung,” Art Director-General Joo Jay-youn said Wednesday during a press tour. “However, we changed the plan due to the pandemic. The installments here are solely for entertainment purposes. We wanted our visitors to relax and be refreshed.”

The screens installed in the forest bear the 10 symbols of longevity in Korean traditional culture.

“These screens are net-type screens, so air can go through them. Normal screens that we use indoors cannot be used here in the forest due to the wind,” Joo said.

After visitors passed through the first section, luminescent pebbles could be found on the ground.

“These stones have rare earth materials on them. They preserve light energy during the day and become luminous at night,” Joo said.

This year’s Royal Culture Festival will continue online until Nov. 8. More details are provided on the festival website, www.royalculturefestival.org, as well as the websites of the Cultural Heritage Administration and the Korean Cultural Heritage Foundation.