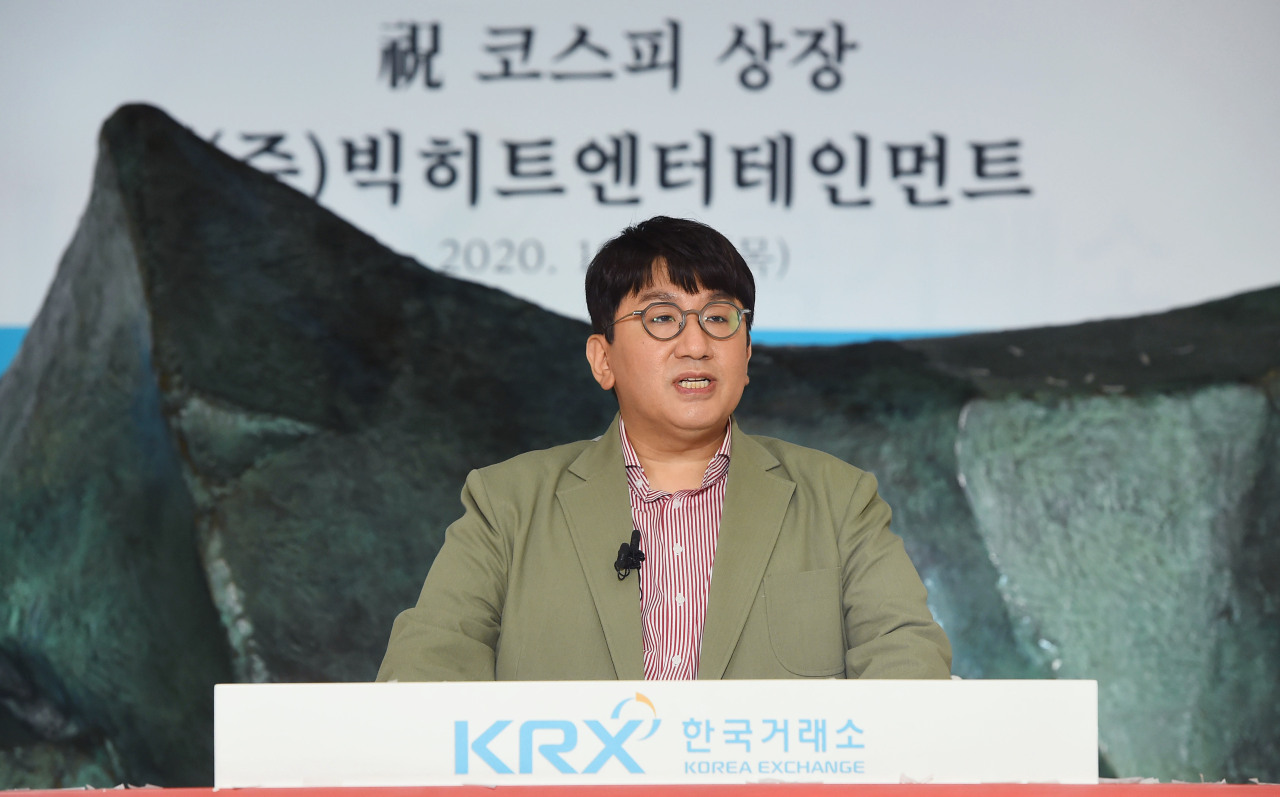 Big Hit began its trading at double its offering price, but closed lower on profit-taking. As around 4.4 million shares were traded on the second day, the stock trading value came in at 951.7 billion won on the day.

After experiencing investment losses, many individual investors have blamed Big Hit’s IPO underwriters for overvaluing the firm’s offering price, although shares are still above that level. Some even protested online, demanding a refund.

Market watchers attributed the sudden slump in the company’s share price to not only the overvaluated offering price, but also the firm’s high dependency on BTS.

With more stocks set to be sold off within the next month, concerns persist among retail investors and market watchers that another possible stock plunge may take place.

During the company’s two-day book building last month, institutions were allotted nearly 4.28 million shares, of which 35.68 percent, or 1.53 million shares, will be available for trading within a month as the compulsory safeguard deposit period ends, according to data by the market watchdog Financial Supervisory Service.

“The firm’s stock price is likely to face more volatility within the next two or three weeks, as institutional investors fulfill their safeguard deposit period,” said Kim Hyun-yong, an analyst at Hyundai Motor Securities.

“However, as we expect the firm to post stronger performance in the fourth quarter, with BTS and Seventeen’s strong album sales outlooks, the price is also likely to move upward toward the end of this year, with the bottom line price set at around 220,000-230,000 won.”