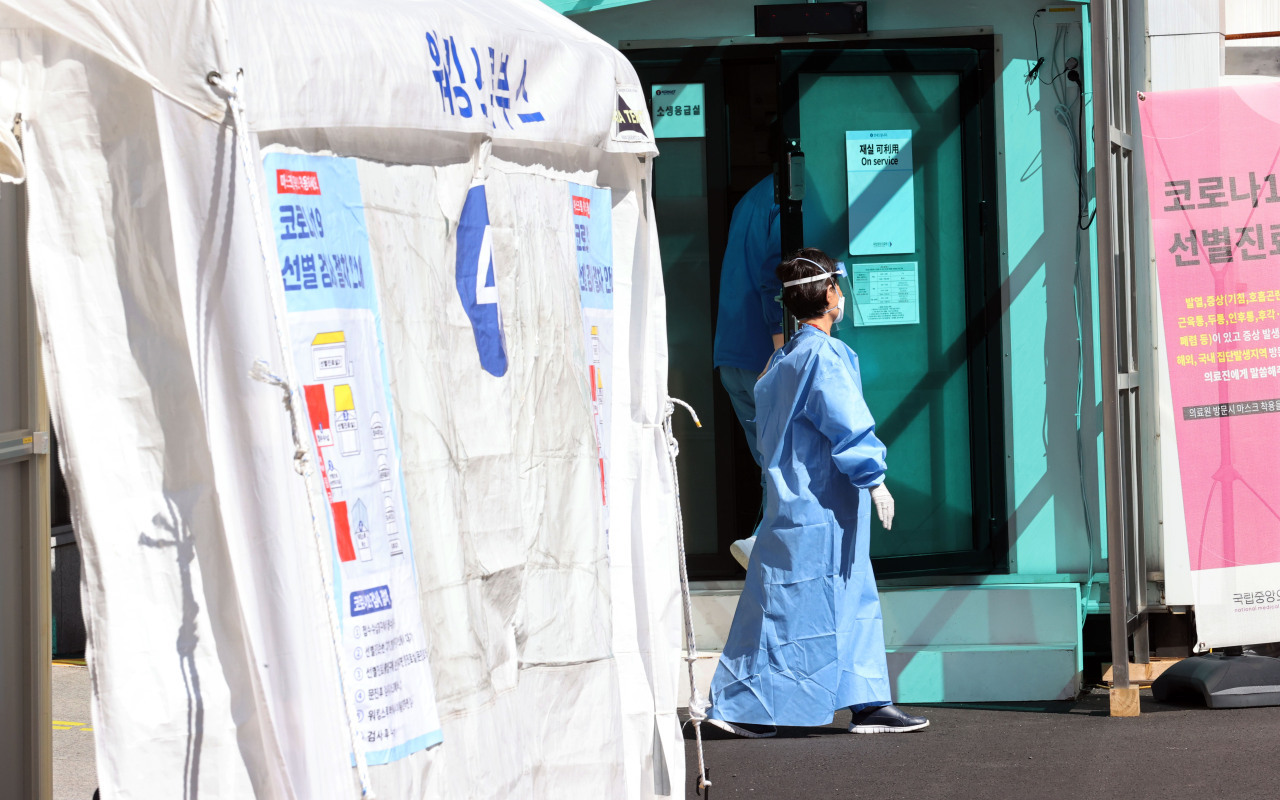 (Yonhap)
South Korea saw double-digit gains in its daily count of new COVID-19 cases for the third consecutive day Sunday, with more students set to return to schools this week amid a stabilizing coronavirus situation.

Korea added 91 new coronavirus cases -- 71 locally transmitted and 20 imported from overseas -- in the 24 hours ending at midnight Saturday, according to the Korea Disease Control and Prevention Agency.

Sunday’s tally marks an uptick from 73 posted Saturday and 47 Friday.

One week into eased social distancing, Health and Welfare Minister Park Neung-hoo said Sunday that the virus situation is being stably managed, citing the fall in the number of infection clusters and cases with unknown sources of transmission.

Sporadic outbreaks in the Seoul metropolitan area continue to strain the authorities’ fight against the virus, with outbreaks at a rehabilitation hospital, a large supermarket and a call center.

A total of 51 infections were reported among inpatients, caretakers and staff members from a rehabilitation clinic in Gwangju, Gyeonggi Province, since the first patient tested positive Friday.

Fourteen more people tested positive from a nursing hospital in Busan, pushing up the total related cases to 73. Of all the staff members and inpatients, 27.6 percent were infected with the coronavirus.

This week, the authorities are to conduct virus tests for 160,000 people in senior hospitals, mental hospitals and senior care facilities in greater Seoul amid surge in virus cases linked to such facilities.

As the school attendance cap has been raised to two-thirds amid eased anti-virus restrictions -- until now it stood at one-third for elementary and middle schools and two-thirds only for high schools -- more students will take in-person classes starting Monday.

Schools in the densely populated Seoul metropolitan area, home to half of the country’s population, are required to comply strictly with the attendance rule, while schools in other regions have more discretion about whether to offer in-person classes, depending on how crowded their classrooms are.

Of the locally transmitted cases in the latest tally, the vast majority were in Greater Seoul -- 18 in Seoul and 48 in Gyeonggi Province, which surrounds the capital. Two cases were reported in Busan and one each in Incheon, Daejeon and Gangwon Province.

There were 20 imported cases, seven of which were identified while the individuals were under mandatory self-quarantine in Korea and 13 of which were detected during the quarantine screening process at the border. Seventeen cases were from elsewhere in Asia, including 10 from Russia, and there was one each from Turkey, the United States and Mexico. Sixteen of the cases involved foreign nationals.

The number of COVID-19 patients in serious or critical condition was 77 as of Sunday.

One more person died from the virus, bringing the death toll to 444. The overall fatality rate is 1.76 percent.

So far, of the 25,199 people confirmed to have contracted the new coronavirus here, 23,312 have been released from quarantine upon making full recoveries, up 54 from a day earlier. Some 1,443 people are receiving medical treatment under quarantine.

The country carried out 6,002 tests in the past day, with over 2.47 million tests conducted since Jan. 3. Some 17,781 people were awaiting results as of Sunday.