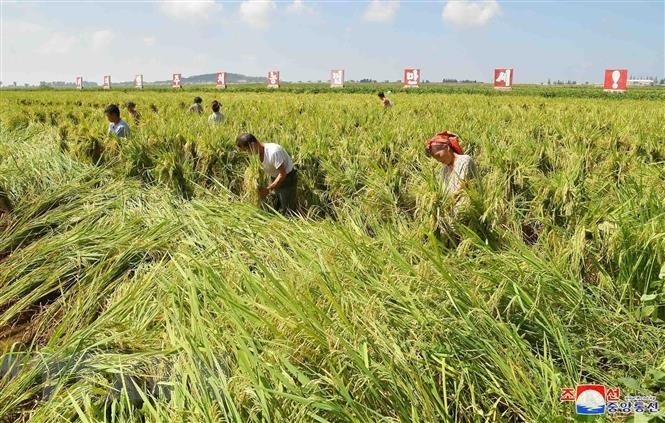 (KCNA-Yonhap)
A North Korean newspaper on Friday warned against a global hunger crisis in commemoration of World Food Day as the impoverished country continues to struggle with its own chronic food shortage.

The Minju Joson, the North's cabinet newspaper, said that at least 820 million people around the globe were suffering from starvation as of June this year, among which 244 million are children under the age of 5.

The paper pointed out that production levels in agriculture across the world dropped sharply this year due to unfavorable weather conditions, such as flooding and drought.

It stressed that the world is in danger of a major hunger crisis amid the global spread of infectious diseases, citing an official at the World Food Programme.

North Korea's chronic food shortage will likely worsen as recent heavy rainfall and typhoons have dealt a blow to its agriculture. Its focus on a global hunger crisis appears aimed at telling its people that the food shortage problem is not confined to the North. (Yonhap)