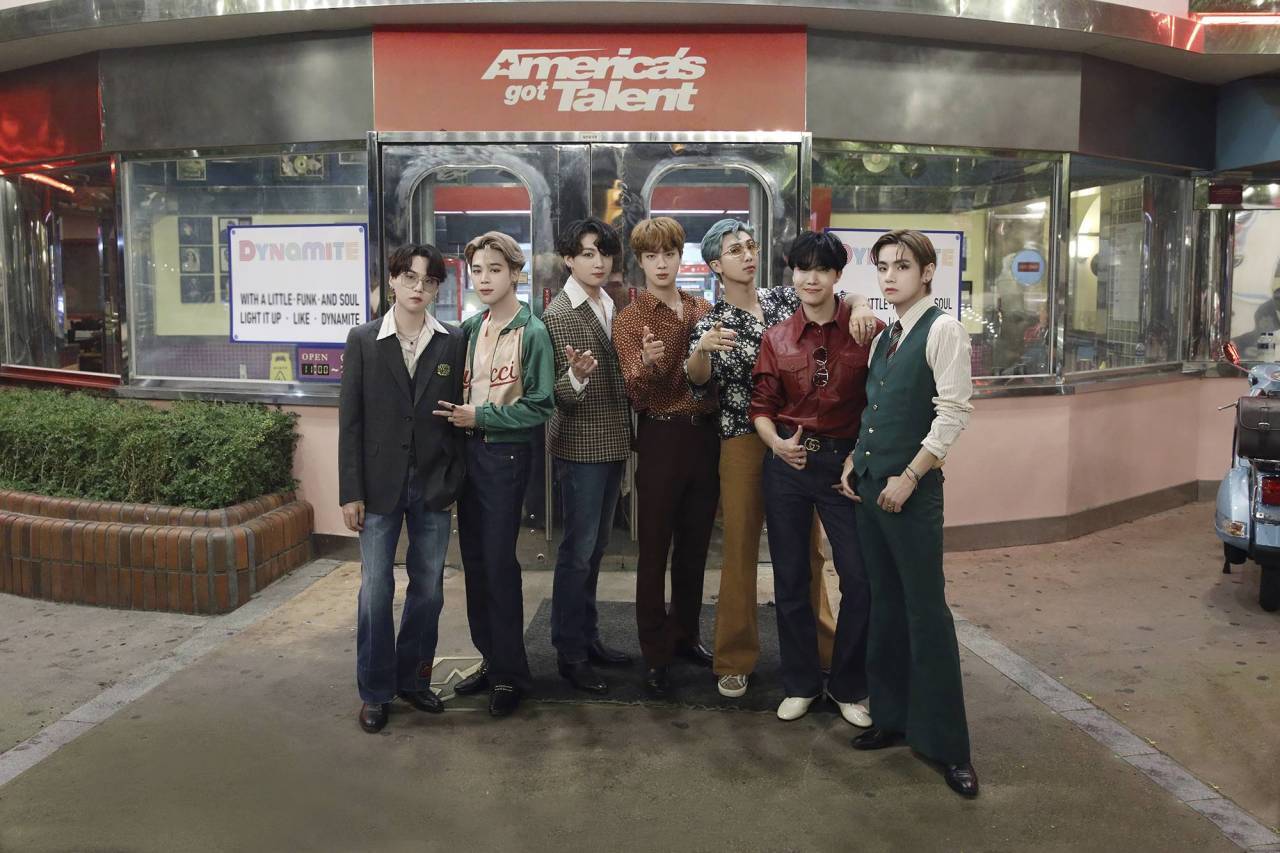 At the award event held at the Dolby Theater in Los Angeles without spectators on Wednesday (US time), the septet beat Billie Eilish and Ariana Grande, as well as fellow K-pop acts EXO and GOT7.

BTS has won the fan-voted Top Social Artist category since 2017.

The group thanked its global fanbase, called "Army," for helping it earn the award for four years in a row.

"We think that this award is a living proof that no matter where we are, the Army and BTS stay so closely connected as always," leader RM said in a video acceptance speech.

Earlier this week, BTS ranked No. 1 on Billboard's Social 50 chart for the 200th consecutive week, the longest streak by any musician.

It was also nominated in the Top Duo/Group section for this year's BBMA along with Dan + Shay, Jonas Brothers, Maroon 5 and Panic!. BTS was awarded the title last year to become the first K-pop artist to win multiple prizes at the BBMA.

But this year's Top Duo-Group prize went to the Jonas Brothers, while Post Malone clinched the most coveted award of the night, Top Artist.

The South Korean group has been on a roll this year as its first English-language song, "Dynamite," has been on the Billboard Hot 100 chart for seven straight weeks, including three No. 1 positions, since its release in late August.

Dressed in red, the seven members danced and sang to a jazzy version of "Dynamite" backed by a virtual band, with names of cities in which BTS had originally planned to hold world tour concerts and a simulated plane taking off overhead.

"BTS planned the BBMA performance in the hope that the COVID-19-hit world would connect with each other again," Big Hit Entertainment, the septet's management agency, said in a release.

"The performance took place at the airport in order to deliver a message that BTS and the Army are always linked together whenever and wherever they are."

Earlier this year, BTS canceled its announced concert schedules in 18 cities across the globe due to the novel coronavirus pandemic. Instead, it held online concerts two times in June and October, drawing record-breaking viewer numbers of 750,000 and 1 million, respectively. (Yonhap)