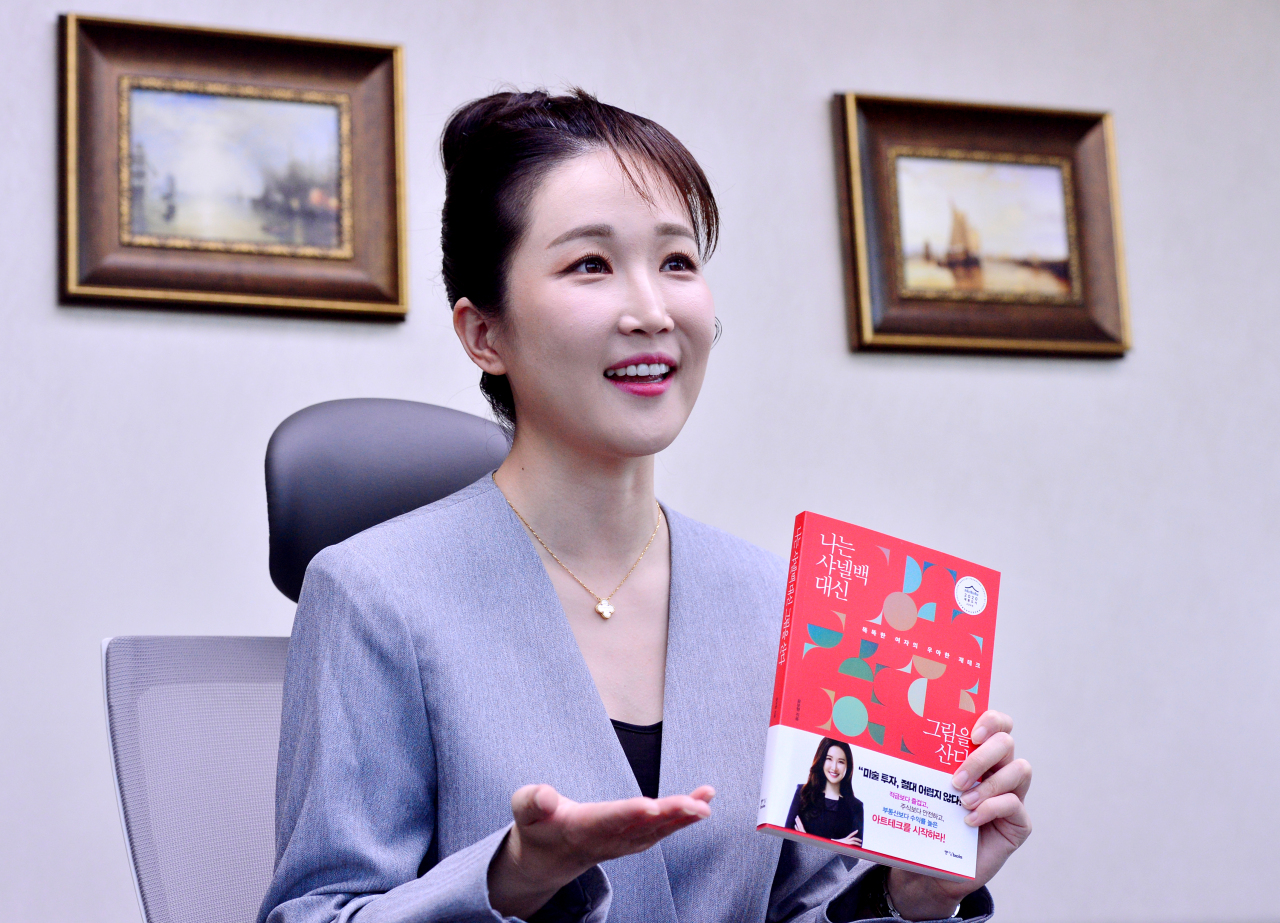 Laywer Yoon Bo-hyung, the author of “I Choose Artworks over Chanel Bags” poses in her office in Seocho-gu, southern Seoul, on Oct.7. (Park Hyun-koo/The Korea Herald)
Amid growing interest in collecting artwork among young people, the recently published book “I Choose Artworks over Chanel Bags” by lawyer Yoon Bo-hyung has caught the attention of young art buyers eager to get some basic tips on purchasing their own pieces.

“I have loved going to museums since my college years and volunteered at the Seoul National University Museum of Art,” Yoon, an SNU alumna, said. At 24, she began buying works of art, influenced by her grandfather who collected antique art pieces, such as folk paintings.

Yoon, 33, studied art on her own to develop an eye for appreciating it. Then she began to write tips on collecting art to share with her friends who asked about what kind of artworks they should purchase. The tips she has collected over the years came together in the book, which is aimed for novice collectors around her age.

“I wanted to point out some old, mistaken rules, such as the 'price of art pieces soar after the death of the artist.' This is not the right way to approach art collection these days,” she said.

Yoon also criticized the younger generation's heavy reliance on social media, such as Instagram, when buying art. Many studios and galleries interact with younger collectors through social media and promote artworks by uploading photos like how entertainment companies manage their artists, she said.

"The term ‘Instagramable’ has surfaced as a keyword in the economic market, but the term seems to influence the art industry too. There are many positive effects, but I am also worried about many good artists who are not active in social media.” 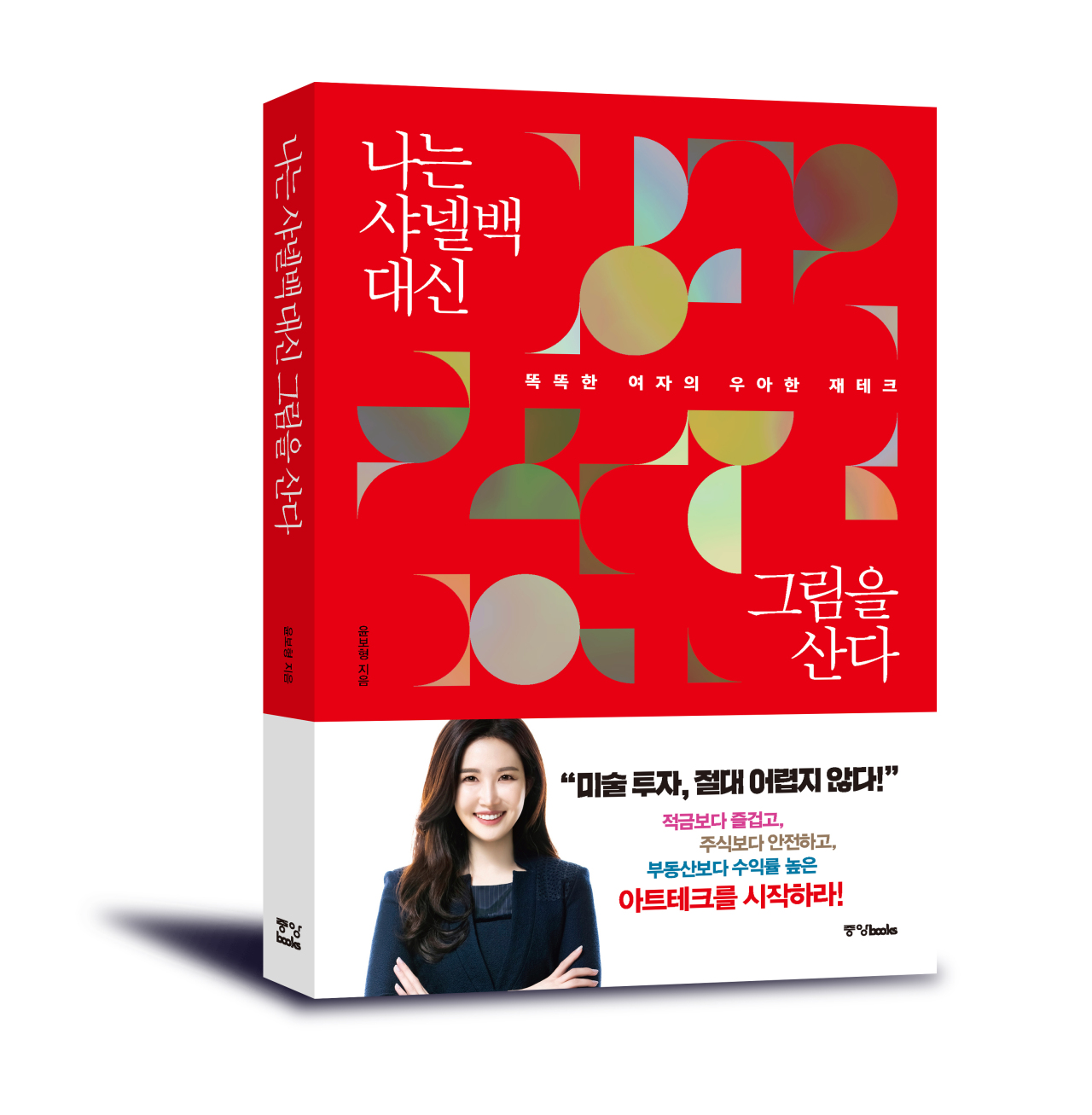 Cover of “I Choose Artworks over Chanel Bags” published by JoongangBooks (JoongangBooks)
The lawyer is partial to abstract paintings that convey the artist’s thoughts and philosophies. She particularly likes works by Lee Ufan which she says lead her to examine her inner-self while appreciating them. She believes the power of paintings lies in comforting ones’ mind, particularly in Korea where many people struggle to communicate.

“As a lawyer, I need some means to cut off some thoughts from my work accumulated by solving others’ issues. Some people may sleep, drink, et cetera. But in my case, it is paintings that help me do so,” she said.

Yoon said it is also interesting to imagine how the artist must have agonized in front of the canvas. To Yoon, collecting artworks is like buying the hours and efforts that the artist has poured to finish the work.

She also advises people to study art as much as they can before collecting artworks, by visiting museums, galleries and watching online and offline auctions, as well as reading books about the art market.

Once they are ready to buy some pieces, she recommends participating in an auction, which is regarded as a secondary market, instead of starting off buying at a gallery, the primary art marekt.

“If you purchase artworks at a gallery without knowing much about art, you may have some difficulties in reselling it back at auction,” she said. “However, many artworks at auctions were once purchased or owned by several other people, which means it is easier for you to resell it.“

“If you watch a number of auctions, you will see what kind of artworks are popular and learn at what prices they are typically sold. You will learn about prudence once you start collecting art,” she added.