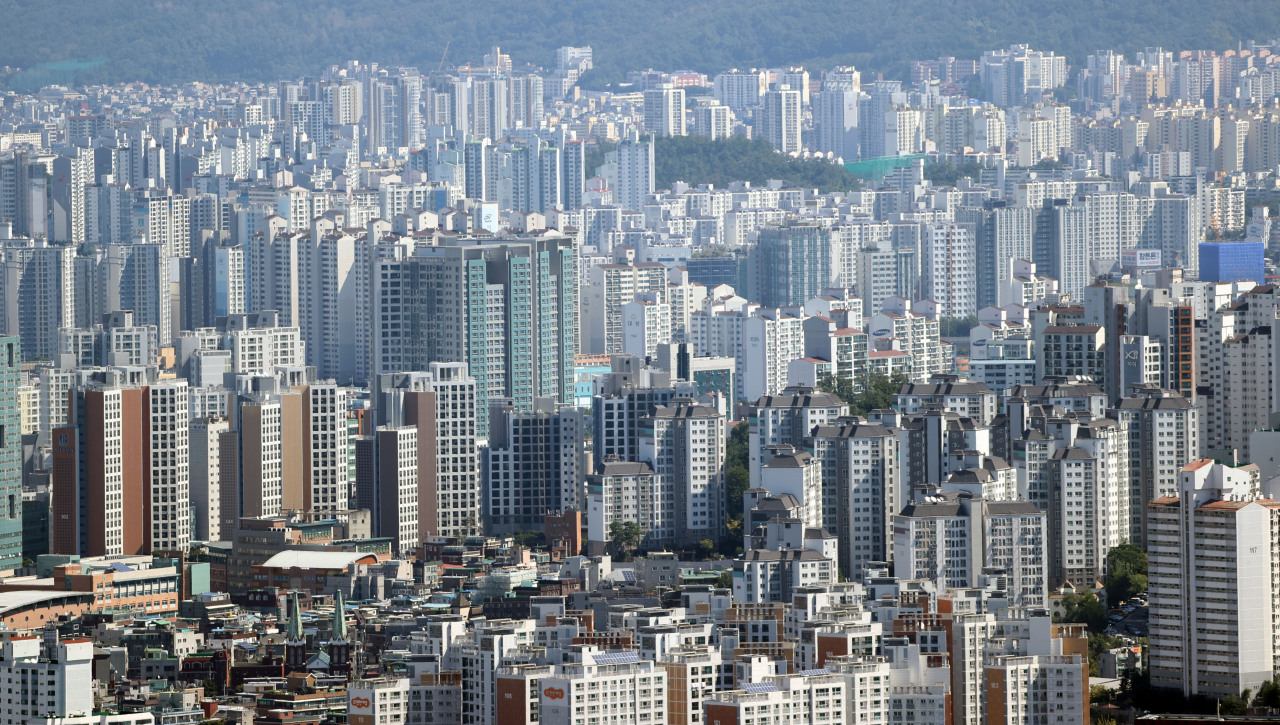 A view of apartment complexes in Seoul (Yonhap)
SEJONG -- Compared with other members of the Organization for Economic Cooperation and Development, in recent years South Korea saw its property taxes grow at the second-fastest rate.

Taxes levied on property in Korea -- including real estate and other wealth -- came to 3.3 percent of the gross domestic product in 2018, the latest year for which figures are available. By comparison, those taxes amounted to 3.144 percent of the nation’s GDP in 2017.

The increase -- 0.156 percentage point on-year -- was second on a list of corresponding figures for 34 OECD members. The Paris-based organization did not include any data for three of its 37 members: Australia, Colombia and Mexico.

The OECD specified that the comparison included taxes on immovable property or net wealth, taxes on changes of ownership of property through inheritance or gifts, and taxes on financial and capital transactions. The changes were measured both in percentage of GDP and percentage of total taxation. 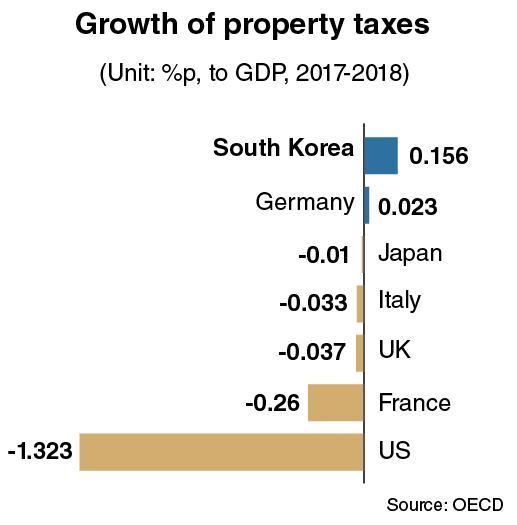 The international data indicates that the Moon Jae-in administration, which came to power in May 2017, actively raised tax rates for real estate and other financial wealth held by households and enterprises during the early part of its tenure. The figure is estimated to have climbed further in 2019 and 2020 due to a government policy favoring increased tax revenue.

In a similar vein, Korea was No. 3 among the OECD members in terms of increasing taxes on corporate earnings over the corresponding 2017-2018 period.

Taxes levied on the net profit (gross income minus allowable tax relief) of enterprises in Korea reached 4.47 percent of the GDP in 2018, having climbed from 3.83 percent of GDP in 2017.

Korea’s 0.64-percentage-point growth was the third-highest among the 34 OECD members. Three members -- Australia, Colombia and Greece -- were excluded from the comparison.

In an arithmetical comparison, Korea ranked No. 5 in 2018 with corporate taxes standing at 4.47 percent of GDP, whereas it was No. 7 with 3.83 percent in the previous year.