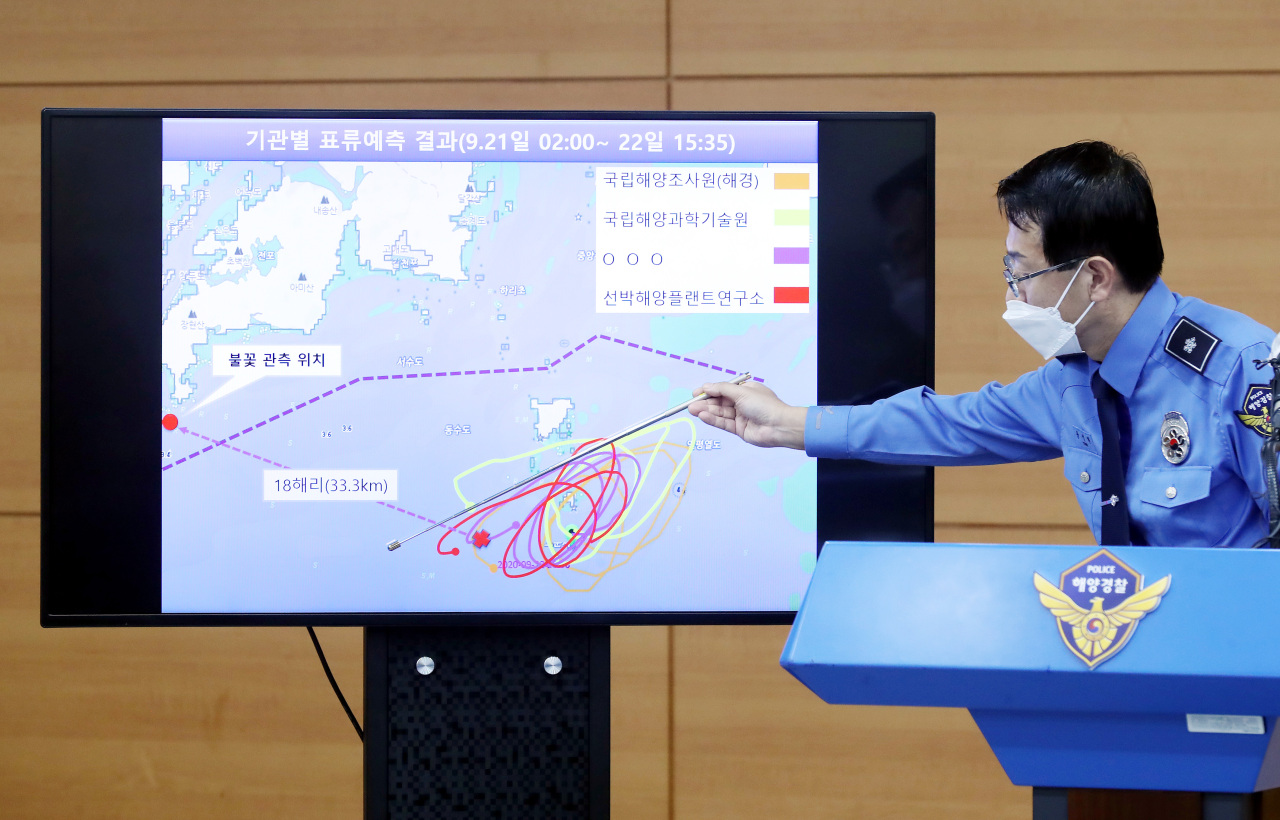 Yoon Seong-hyun, Coast Guard chief of the investigation team, briefs the media on the investigation on Tuesday. (Yonhap)
A South Korean civil servant killed by North Korean soldiers was probably attempting to defect to the North, the Coast Guard concluded Tuesday, based on analysis of information gathered by the South’s military.

The Coast Guard also cited the results of simulations on the civil servant’s movements while at sea as evidence that he attempted to defect. The simulations showed that the civil servant should have floated in a southwesterly direction, and that the currents are unlikely to have carried him to the point of his discovery -- 38 kilometers northwest of the South’s island of Yeonpyeongdo, part of Incheon.

In a rare move, the North admitted to the killing Friday, with an apology from its leader, Kim Jong-un.

The Coast Guard’s findings differ from the North’s account of what happened. Pyongyang described the man as an intruder who barely spoke and who attempted to flee. It said the civil servant’s body was not found after its soldiers opened fire on the man, and that only the floating device the man had ridden into North Korean waters was incinerated.

Seoul officially requested a joint investigation with Pyongyang, but the regime has not responded.

According to the Coast Guard, the deceased civil servant had amassed debts of about 330 million won ($282,000), 260 million won of which was from online gambling, but the connection between the debt and his suspected defection attempt is unclear.

The civil servant’s brother has since rejected the findings of the military and the Coast Guard, saying the authorities rushed to the conclusion that his younger brother attempted to defect to North Korea.

Saying his brother was a patriot with little reason to defect to the North, he claimed the South’s military had time to rescue his brother before he was shot by North Korean soldiers.