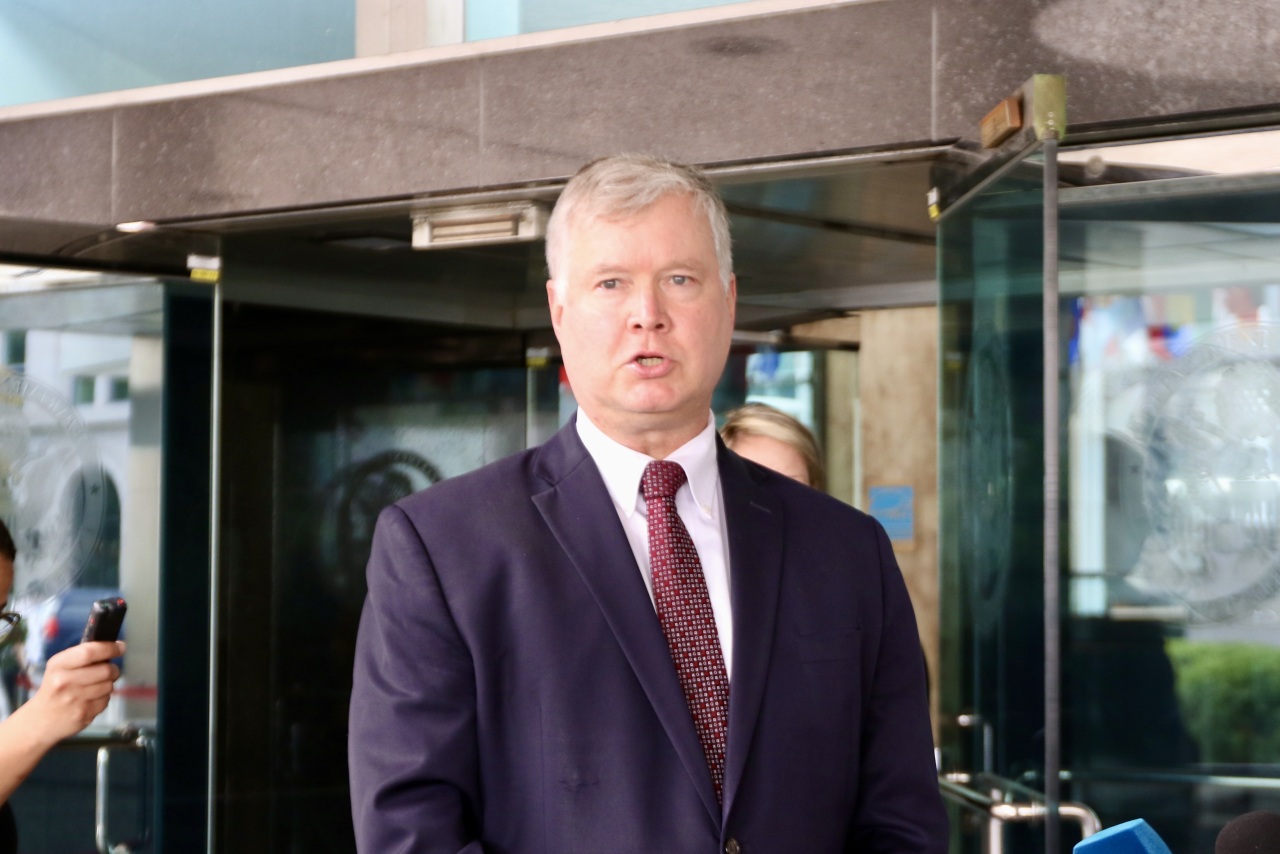 “I very much appreciate the encouragement and creative ideas that we discussed today,” Biegun told reporters after his meeting with Lee Do-hoon, special representative for Korean Peninsula peace and security affairs, who is in Washington for a four-day trip. “But we cannot do it by ourselves. The US and ROK cannot do it by ourselves. We need the DPRK engaged, and we remain open to that discussion with them when they are prepared,” he said, referring to the two Koreas by their official names -- the Republic of Korea and the Democratic People’s Republic of Korea.

Biegun reiterated that the two allies remain fully committed to diplomacy as a way to denuclearize North Korea and achieve enduring peace on the Korean Peninsula.

“We discussed various ways we will manage this situation, how we will resume the talks (with North Korea) and how we will lead our joint tasks of denuclearizing the Korean Peninsula and establishing a peace regime through those talks,” said Lee.

Lee also stressed the importance of cooperation between the two allies in dealing with issues related to the Korean Peninsula, and added that he and Biegun will continue with consultations through various means and occasions.

The two, however, did not specify the details of their talks or say whether they discussed South Korean President Moon Jae-in’s recent proposal to formally end the 1950-53 Korean War, which ended with an armistice, not a peace treaty.

Biegun added that the two also touched on the recent killing of a South Korean fisheries official by the North, calling it a tragic incident that was “deeply disturbing to the Korean people and certainly to the US.”