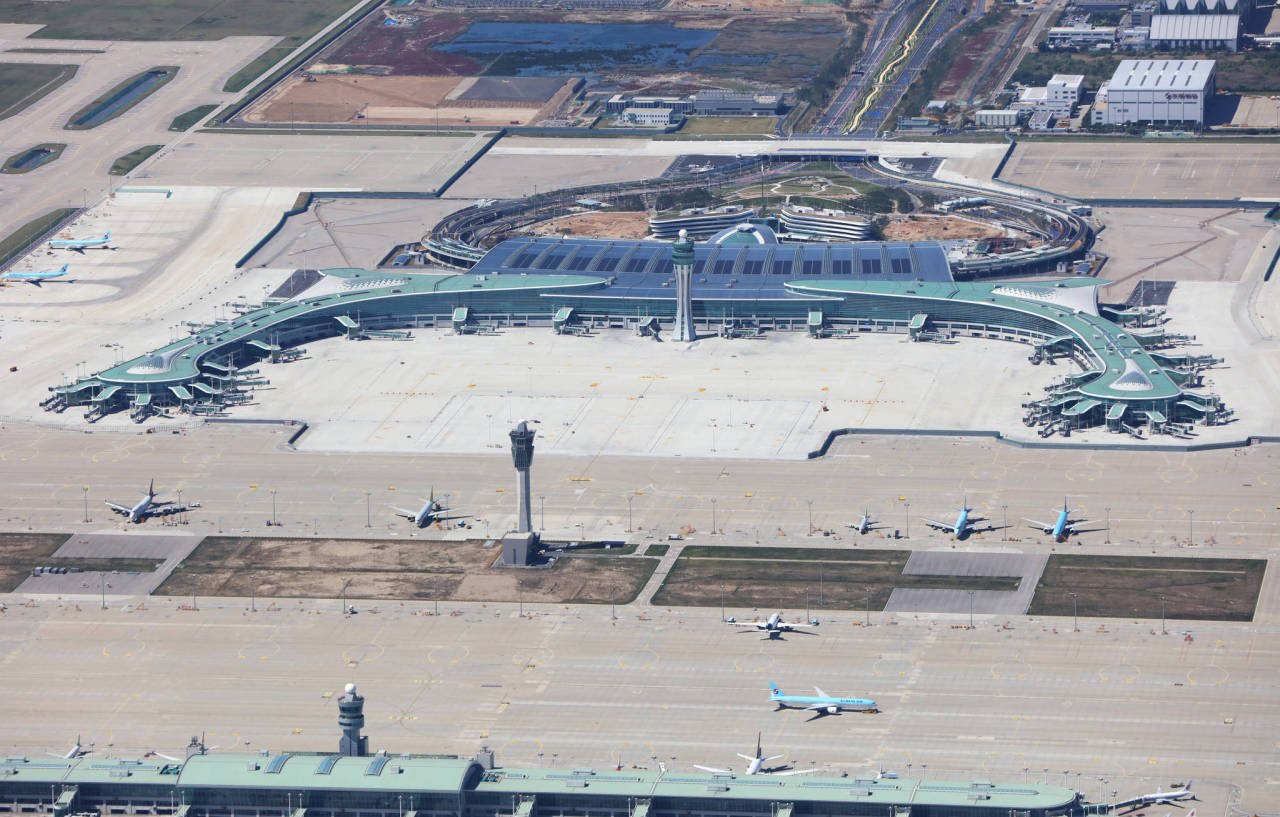 The airport suspended operations of all flights between 6:59 p.m. to 7:44 p.m. and redirected a passenger airplane and a cargo flight to nearby Gimpo International Airport after a report was filed that an object suspected to be a drone was spotted around the airport.

The police said they sent officers to the site but did not find a drone.

"We could find neither the drone nor the person who flew it.

The planes that landed at Gimpo International Airport will return (to Incheon)," an official from the airport operator said.

On Saturday, five airplanes headed to Incheon were also redirected to Gimpo due to drone activities. Police then found a middle-aged real estate agent was flying a drone to make a promotional video of an apartment. (Yonhap)