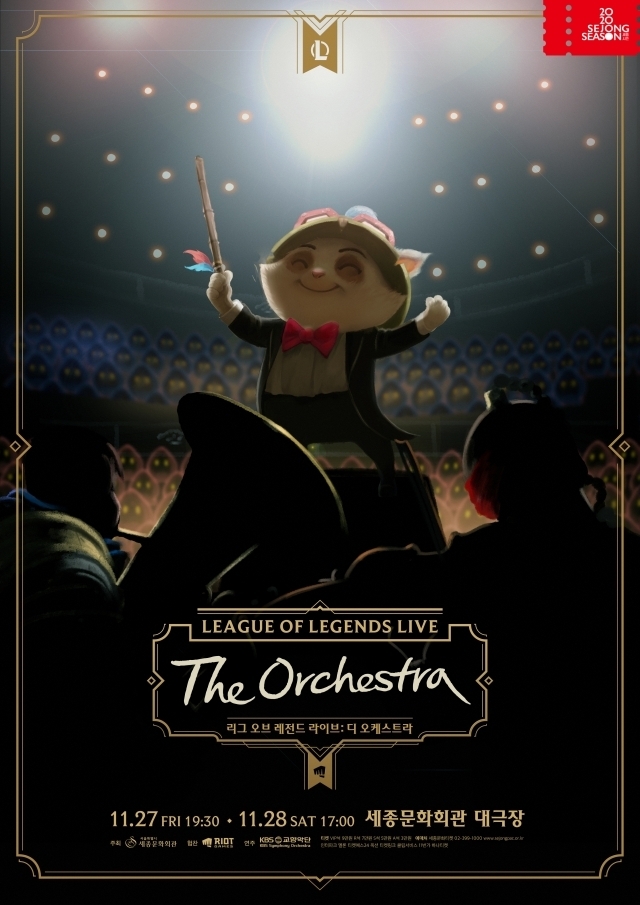 League of Legends is a multiplayer online battle arena video game by Riot Games. Released in 2009, the game is one of the most played PC games around the world.

The KBS Symphony Orchestra will present melodies of the game such as “Warriors,” a song by rock band Imagine Dragons for the game’s 2020 season cinematic video, and the Pentakill Medley from the game.

Scenes from the game will be projected on the screen during the performance, taking the audience to the League of Legends universe. A live band and an opera chorus troupe will also join in.

Tickets for the performance will open Monday. To prevent the spread of COVID-19, every other seat will be left vacant. Tickets cost from 30,000 won to 90,000 won.