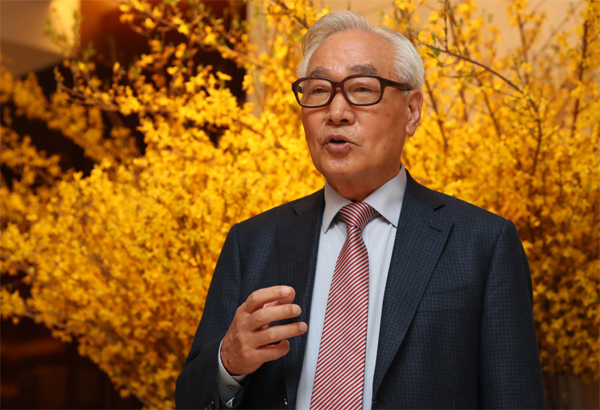 One year after Shinsung E&G launched a solar power business, the 2008 global financial crisis came, forcing the government to shut down subsidy programs for the industry. In 2010, a tsunami of cheap Chinese products flooded the market, leaving the Korean companies to shelve their solar power business.

The reason the chairman could hold his ground was simple -- it wasn’t his first rodeo.

“After starting business in 1977, Shinsung E&G had gone through major risks before it turned profits in new fields such as semiconductor cleanroom business and assembly automation equipment business,” said the 79-year-old chairman.


In 1977, Shinsung started as a refrigeration and air conditioning company. Several years later, the opportunity of a lifetime came knocking.

In the 1980s, Samsung Electronics jumped into the chips business. To manufacture semiconductors, it needed cleanrooms with air conditioning systems that could filter pollutants and supply clean air from outside.

At this moment, Samsung placed an order with Shinsung to supply equipment for cleanrooms as part of localization efforts. But there was a major hiccup -- Shinsung was given only one year to develop the equipment.

Shinsung first tried to affiliate with foreign companies and share their technology, but couldn’t find any partners. Several months passed without a clear answer, but one day, Chairman Lee woke up with an unorthodox idea: the Trojan horse.

When employees of Samsung Electronics went to Japan to buy equipment, Lee sent his people with them. After visiting factories in Japan, Shinsung employees could gather information in the field and fill information gaps.

With the hard-earned information from Japan, Shinsung managed to develop and supply the equipment to Samsung before the deadline.


After 30 years of plain sailing, Chairman Lee made a surprise announcement in 2007 to launch a solar power business.

“However, when we actually started the business, it was more difficult than expected, so we went through a lot.” 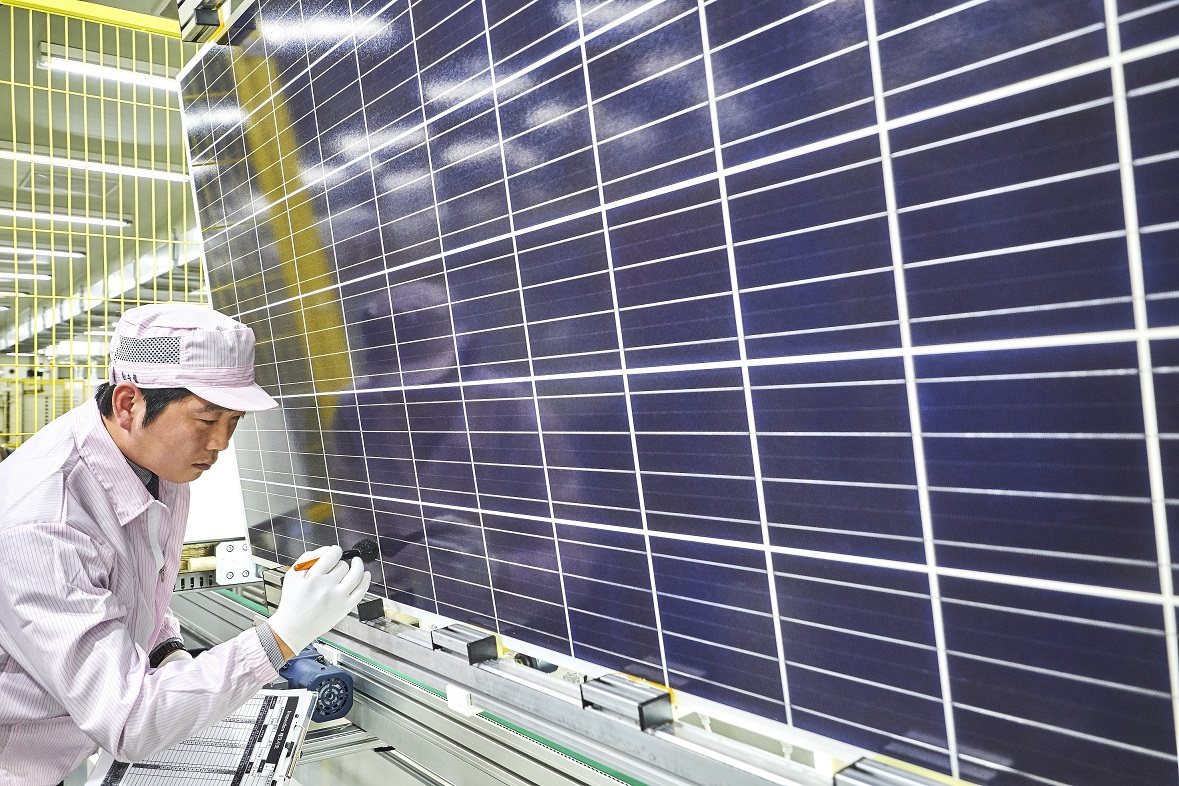 Shinsung E&G inspects the company’s solar module. (Shinsung E&G)
One year after the launch, Shinsung’s solar power business took a hit from the 2008 global financial crisis, which clipped the growth of the global solar power industry. Then in 2010, the situation further deteriorated as Chinese companies started to enter the market and introduced cheap products based on state subsidies, causing oversupply issues.

“At the time, we could easily make profits as long as we could secure raw materials. We couldn’t possibly predict that the market would suffer oversupply issues and price competition would intensify,” the chairman said.

Starting from 2011, Shinsung hemorrhaged tens of millions of dollars in the solar power business and had to make up the losses in the cleanroom business.

Still, Shinsung decided to hold on to the solar power business, and its long wait is finally paying off thanks to President Moon Jae-in’s aggressive push for renewable energy.


In a decade, a turnaround finally came to Shinsung’s money-losing renewable energy business.

After taking office in 2017, President Moon pledged to roll out 27.9 gigawatts of solar and wind power by 2025.

In July, Moon doubled down on his commitment when he announced his Green New Deal initiative -- a massive job creation program via the promotion of renewable energy -- recalibrating the target to 42.7 gigawatts.

To reach the ambitious target, the government has been offering generous subsidies for those who generate electricity with solar or wind power. The subsidies naturally led to higher demand for solar modules, including those manufactured by Shinsung. 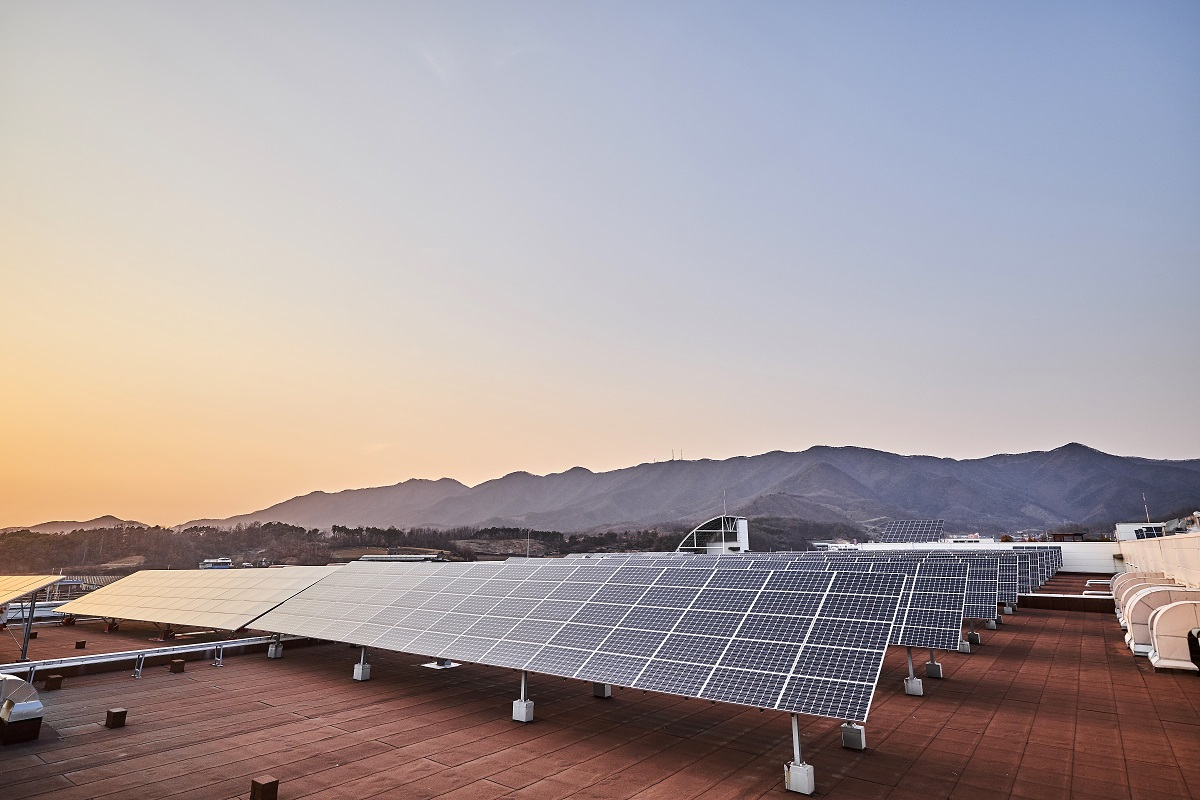 In July, Shinsung signed a contract with construction company Hanyang to supply solar modules for the country’s biggest floating solar farm with a capacity of 73 megawatts.

For a 96-megawatt solar farm underway in Shinan, South Jeolla Province, Shinsung has provided solar modules since July and will continue to do so until next month.

In August, Shinsung signed a contract with Hyosung Heavy Industries to supply solar modules totaling 24 megawatts for a solar farm project in Shinan.

“Thanks to winning big contracts, Shinsung expects its performance to improve in the second half of this year,” a company official said.

“The Chinese government doesn’t impose taxes when establishing solar power companies or investing in them. It even offers public funds for research. For domestic companies to gain confidence in the competition and to raise its production capacity, government support is pivotal,” the chairman said.

However, the chairman said that there is still a chance for Korean companies to stay competitive.

“Since 2018, demand started to rise for products with high quality and efficiency. Korean companies are ready to manufacture high-end products,” he said.