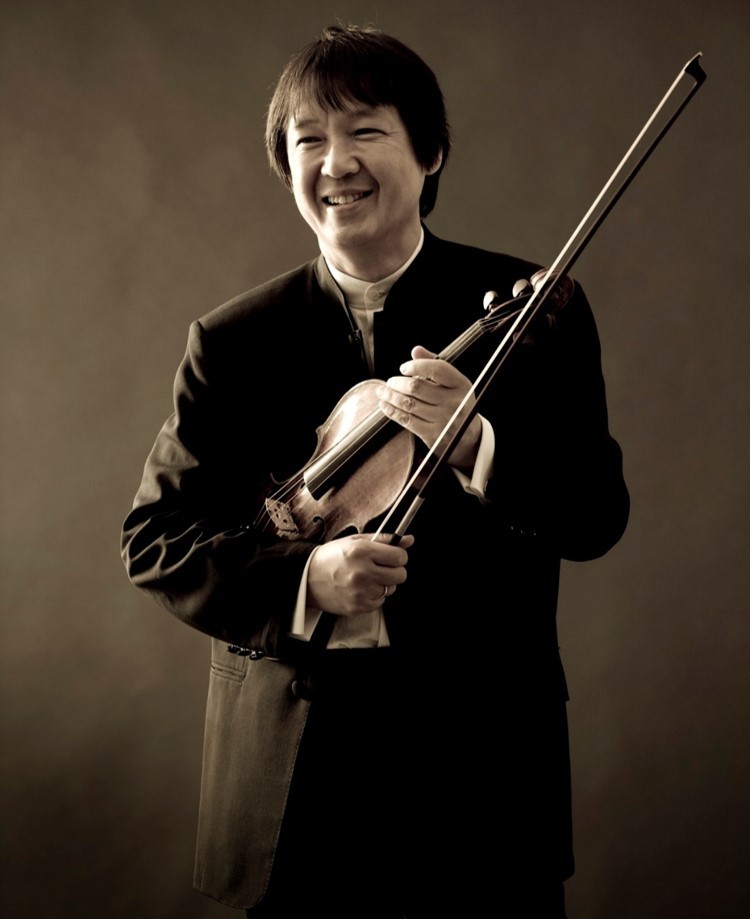 Violinist Kang Dong-suk (SSF)
A spring music festival will be happening in the fall -- perhaps not so unusual in a year that has been disrupted by the COVID-19 pandemic.

The 15th Seoul Spring Festival of Chamber Music will now take place in mid-October, after the original May schedule was put on hold following the nationwide spread of the novel coronavirus.

Violinist Kang Dong-suk, the artistic director of the festival who has led the SSF since 2006 when the festival was founded, recently arrived from France and completed his two-week quarantine in Korea.

“As it was for most people, this year was a nightmare for me also,” Kang said in a recent joint email interview with local press.

“The only activity I was able to carry out was my summer festival ‘MusicAlp’ in Tignes, France. It was stressful to respect all the sanitary measures, but most rewarding at the same time, as everyone was ecstatic about being able to give concerts again and teach in person,” said Kang, who serves as the artistic director of summer music camp MusicAlp.

The 2020 SSF was originally dedicated to celebrating the 250th anniversary of Beethoven‘s birth and was to be held under the theme of “Ode to Joy,“ in reference to Beethoven’s Symphony No. 9.

The title, however, has been changed to “15th Anniversary Retrospective.” Instead of a Beethoven-focused program, it will present the highlights of the years 2014, 2016 and 2017.

“I thought it would be better to save this year’s program ‘Ode to Joy’ for next year and find another program which is more adapted to the current situation. As this year is the 15th year of SSF, I thought it would be appropriate to celebrate the anniversary and have a retrospective,” Kang said. 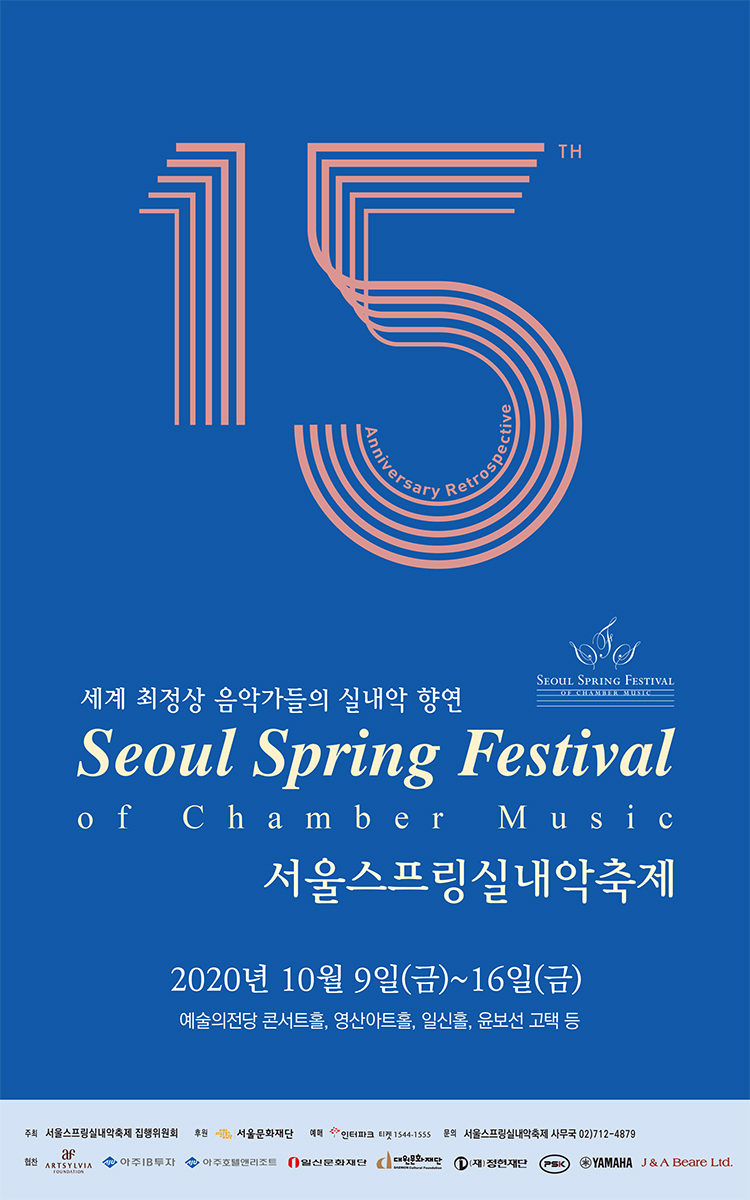 A total of eight programs will be presented during the eight-day festival featuring chamber music by Brahms, Dvorak, Weber, Mendelssohn and Saint-Saens, as well as Beethoven.

“It is very important for SSF to have artists from abroad and have them play with local musicians. Unfortunately it is not possible this year for obvious reasons. Therefore, this year’s festival is unique,” the artistic director said. “We have a festival for the first time with only Korean musicians.”

Though the programs were changed rather abruptly, Kang has high expectations for the festival.

“I think this year’s festival will be a very emotional one as we are all eager to find great music and concerts again which have been missing since the beginning of this year,” he said.

The 15th Seoul Spring Festival of Chamber Music will take place from Oct. 9 to 16 at the Seoul Arts Center in southern Seoul, Yongsan Art Hall in western Seoul and late President Yun Bo-seon’s residence and Ilshin Hall in central Seoul.

For more information, visit the festival’s website at www.seoulspring.org.