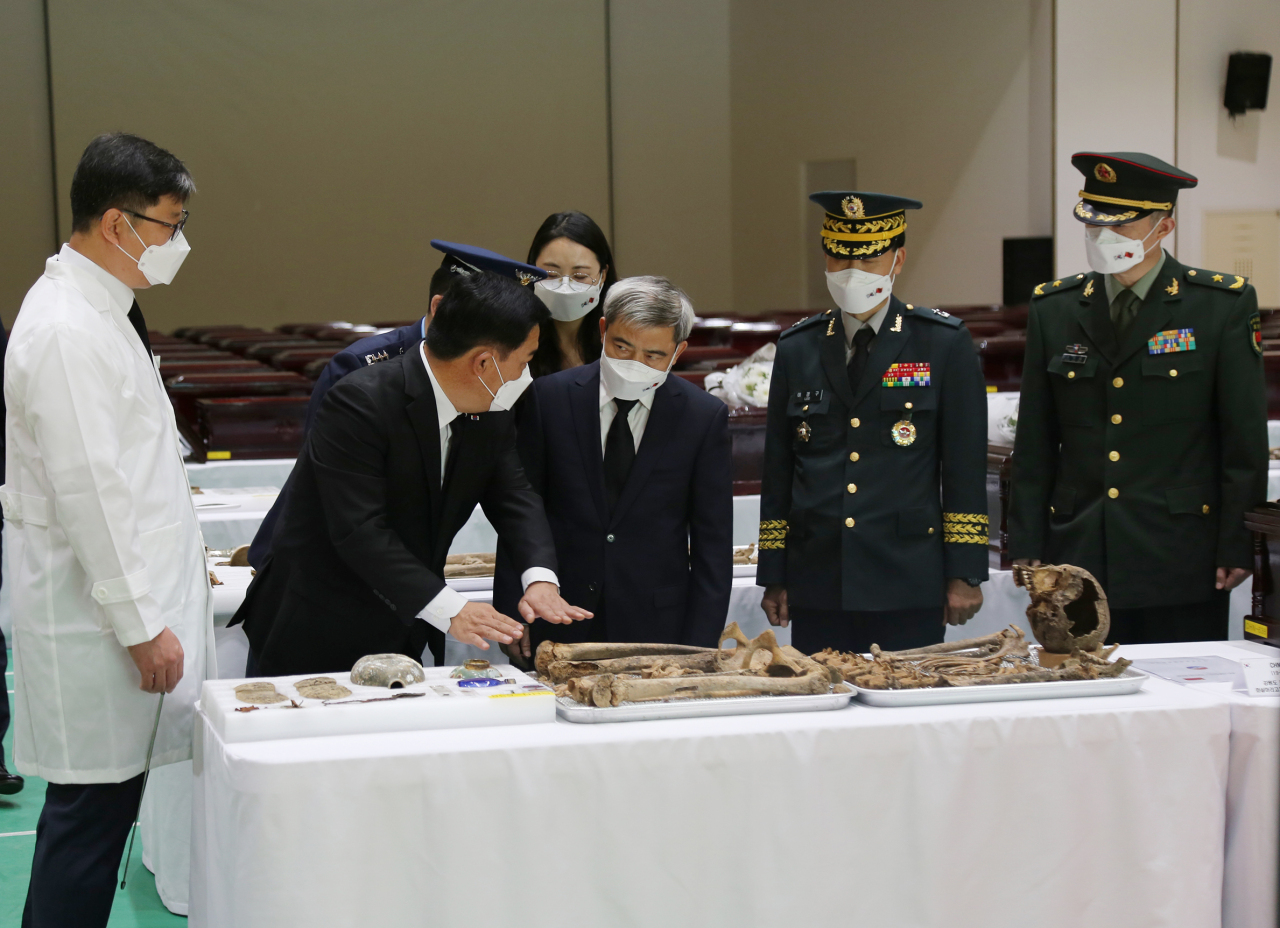 (Yonhap)
The remains of 117 Chinese soldiers killed in the 1950-53 Korean War were casketed Saturday to be sent back to their homeland the following day, the defense ministry said.

In 2014, Seoul pledged to repatriate the remains of fallen Chinese soldiers in a symbolic gesture of friendship, and 599 sets have since been returned, including 10 last year.

This year's repatriation ceremony will take place at Incheon International Airport, west of Seoul, on Sunday, according to the ministry.

Of the total, 103 sets were excavated from Arrowhead Ridge inside the Demilitarized Zone (DMZ) that bisects the two Koreas.

Since last year, South Korea has been carrying out demining and excavation operations on the hill, which was one of the fiercest battlefields during the war.

Other remains were uncovered in other parts of South Korea and later identified as those of Chinese soldiers.

During the war, China fought alongside North Korea against the US-backed Allied forces. Nearly 1 million Chinese soldiers are believed to either have died, been wounded or remain missing, according to Seoul government data.

Along with the remains, 1,368 items believed to belong to Chinese troops will also be sent home, according to the ministry.

The repatriation was supposed to take place around March or April but has been delayed due to the COVID-19 pandemic. (Yonhap)