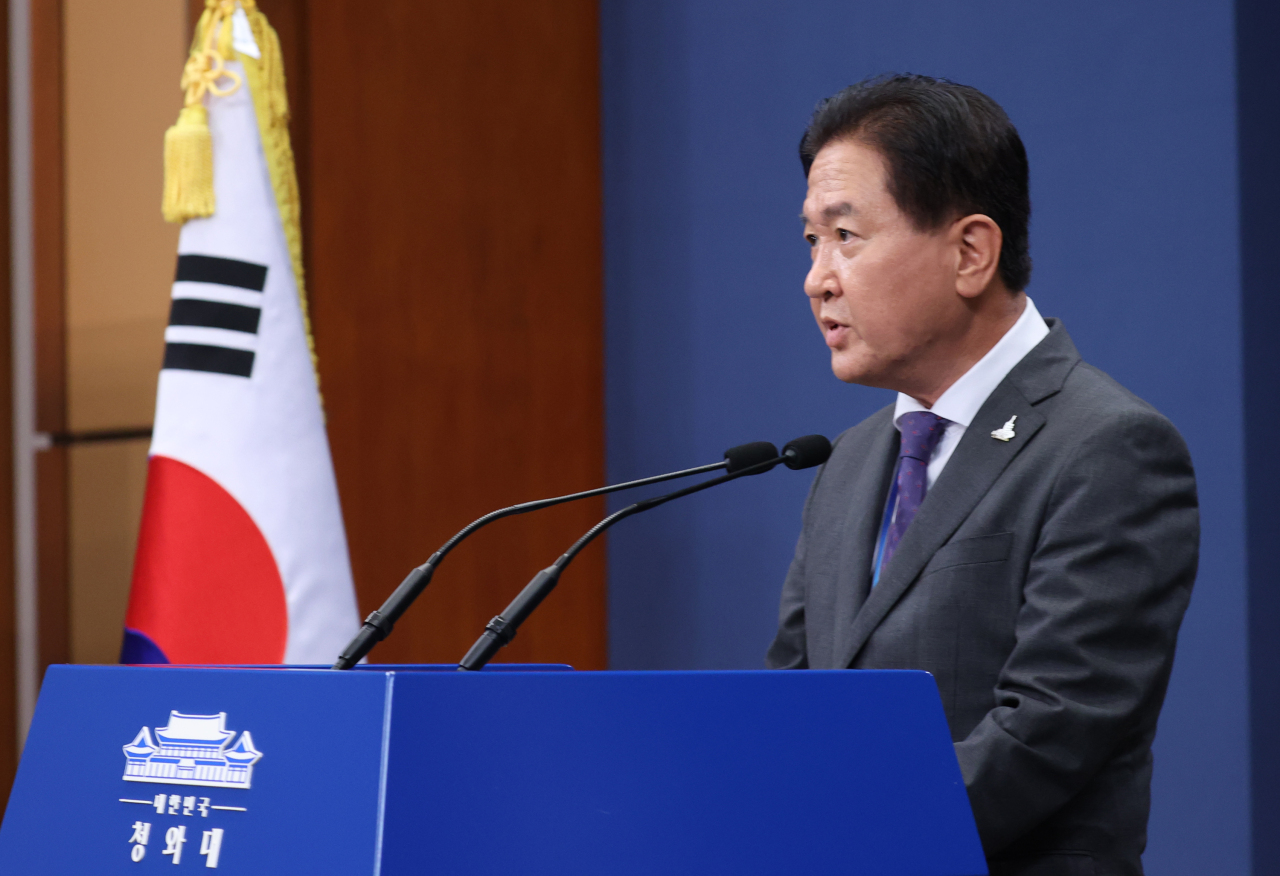 According to the presidential office, Moon was first briefed on the matter at 6:36 p.m. on Tuesday in the form of a written report. The report was made about three hours after the South’s military obtained intelligence that the civil servant was spotted by the North Korean military.

At 10:30 p.m., South Korean authorities are said to have obtained intelligence that the civil servant was killed and his body burned by the North Korean military.

At 1 a.m. Wednesday, Cheong Wa Dae called a meeting of the heads of concerned government bodies to analyze the intelligence. At 8:30 a.m., chief of staff Noh Young-min and Suh Hoon, head of the presidential national security office, briefed Moon on the results in person.

At the briefing, Moon is said to have ordered officials to look further into the matter and to verify the information with the North, saying that if true the developments would be met with public outrage in the South. According to Cheong Wa Dae, Moon was informed of the intelligence that North Korea had killed the civil servant and burned his body for the first time at the briefing.

Another meeting of concerned government bodies was held at 8 a.m. Thursday, and Noh and Suh again briefed Moon in person on the findings at 9 a.m. At the second briefing, Moon ordered the National Security Council to be called, and for the findings to be made public.

At 4 p.m., Moon received another briefing from top aides and ordered the military to step up readiness.

Cheong Wa Dae choosing to disclose Moon’s actions in response to the developments in relative detail is thought to be a response to criticism against Moon’s UN speech.

Regarding the speech, Cheong Wa Dae said that the recorded message was delivered to the UN on Sept. 18, and that the message could not be altered.