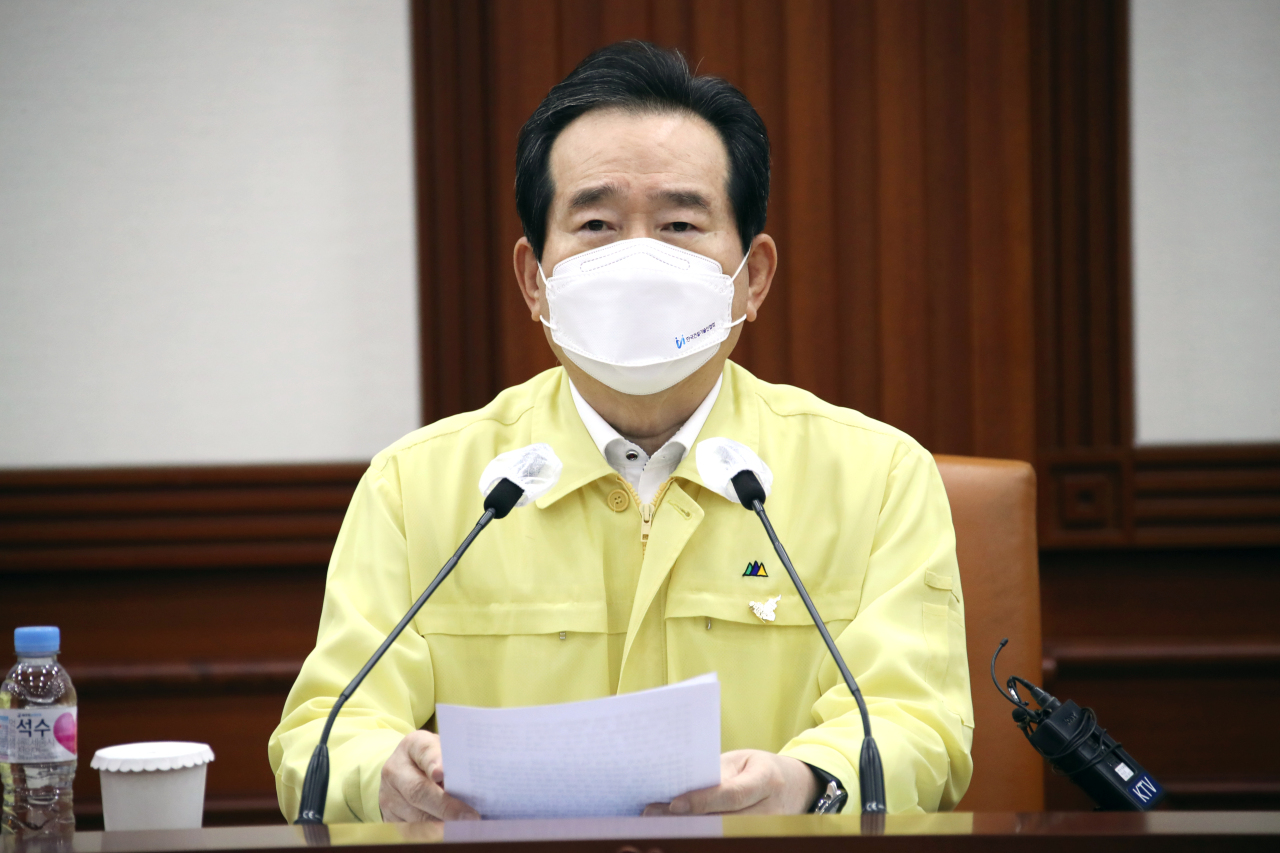 Starting Wednesday, South Korea will have an extended five-day weekend that includes the Chuseok autumn harvest holiday on Thursday and the National Foundation Day on Oct. 3. Many South Koreans travel across the country to reunite with families at hometowns during the traditional Chuseok holiday.

"Outside of the capital area, a ban on assembly will be implemented for entertainment facilities for at least one week as people who travel to hometowns or go on a trip are expected to visit the facilities," the prime minister said in a regular government COVID-19 response meeting.

Chung also stressed that next week's long holiday period will become a decisive moment in the country's endeavor to regain control over the COVID-19 pandemic, calling for cooperation from the public.

Later in the day, health authorities are scheduled to announce a new set of detailed social distancing guidelines to be applied for two weeks starting Monday.

The government has designated the period from Sept. 28 to Oct. 11 as a special period for its antivirus fight, bracing for a potential flare-up in transmissions during major holidays.

Level 2 social distancing is currently in effect across the country. Under Level 2 of the three-tier system, nightlife establishments, such as nightclubs and hostess bars, are prohibited from operations.

But more than 10 cities and provinces outside of the capital area are permitting the facilities' operations within their jurisdictions under an exception granted by the central government.

After ordering the shutdown of entertainment facilities in the regions outside of the capital area for a week starting Monday, the government plans to give the municipalities the right to make their own decisions on the matter again.

On Friday, South Korea reported 114 new COVID-19 cases, including 56 in Seoul and 26 in Gyeonggi Province that surrounds the capital,

It marks the third day in a row that the daily tally has stayed above 100. (Yonhap)