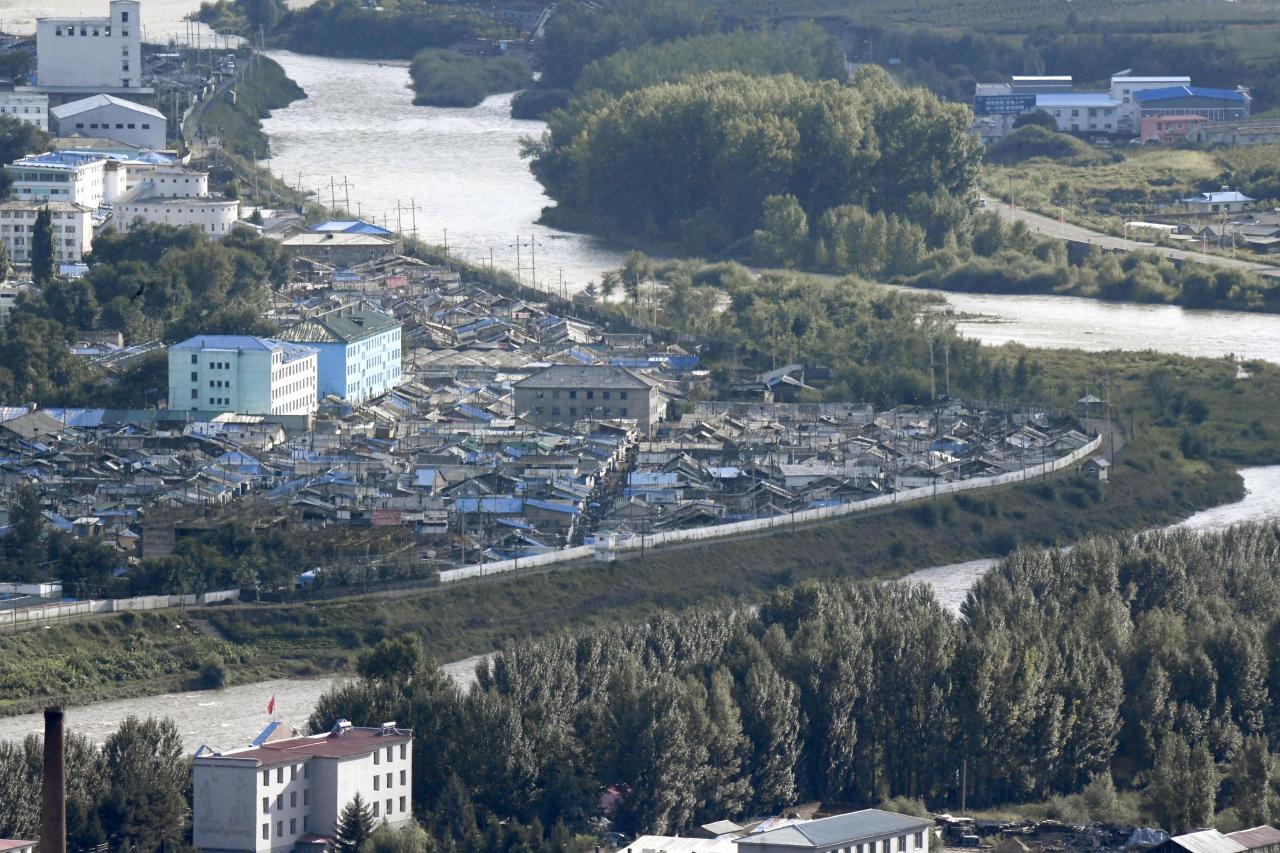 (Yonhap)
North Korea shot a missing South Korean official to death and burned his body earlier this week, the defense ministry confirmed Thursday, condemning its "brutality" and calling for explanations and punishment for those responsible.

The 47-year-old official affiliated with the Ministry of Oceans and Fisheries disappeared from the 499-ton boat before noon Monday while on duty aboard an inspection boat in waters off the western border island of Yeonpyeong.

"North Korea found the man in its waters and committed an act of brutality by shooting at him and burning his body, according to our military's thorough analysis of diverse intelligence," the defense ministry said in a statement.

"Our military strongly condemns such a brutal act and strongly urges the North to provide an explanation and punish those responsible," the statement read. "We also sternly warn North Korea that all responsibilities for this incident lie with it."

It is the first time since July 2008 that a South Korean civilian has been shot dead in North Korea. At that time, Park Wang-ja was shot and killed at the North's mountain resort of Kumgang while wandering into a restricted zone.

The incident is expected to further deteriorate inter-Korean relations that have already been frayed badly, as the North angrily protested propaganda leaflets flying in from the South and blew up an inter-Korean liaison office building in June.

According to officials of the South's Joint Chiefs of Staff, the missing official is presumed to have jumped into the sea Monday in a suspected attempt to defect to the North and had drifted into North Korean waters.

The ministry earlier said that colleagues of the fisheries official found his shoes on the boat and reported his disappearance to the Coast Guard. But an intensive search operation failed to find him.

Upon spotting the individual at sea at around 3:30 p.m.

Tuesday, sailors of a North Korean vessel put gas masks on and questioned him from a distance while leaving him in the waters. The South Korean was wearing a life jacket and relying on an unidentified floating item.

He was found in waters about 3 to 4 kilometers north of the Northern Limit Line (NLL), the de facto inter-Korean maritime border, near Deungsangot, or Deungsan Cape, and the location was about 38 kilometers from where he went missing, according to the JCS.

During the questioning, the South Korean official appears to have expressed his desire to defect to the North, according to a JCS official.

"At around 9:40 p.m., the North Korean soldiers aboard their vessel shot him before pouring oil over his body and setting it aflame at around 10 p.m.," the JCS official said, adding that the act was believed to have been done in accordance with "orders from its superior authority."

South Korean surveillance equipment set up on Yeonpyeong Island also captured flames Tuesday night, which were later confirmed to have been from the North's burning of the body.

"We judge that North Korea appears to have done such acts against humanity of unconditionally shooting an individual as part of its COVID-19 quarantine guidelines," the official said.

North Korea has made all-out efforts to stave off the new coronavirus. Pyongyang claims there has not been a single case there, and the country closed its border with China in January and implemented the maximum emergency level against the virus in July.

Earlier this month, US Forces Korea (USFK) Commander Gen.Robert Abrams said that North Korea deployed special operations forces near its border with China and issued shoot-to-kill orders against those crossing the border. It has yet to be confirmed if the same orders are in place for cases near the inter-Korean border areas, military officials here said.

On Wednesday, South Korea sent a message to North Korea over the case via the communication channel between the US-led United Nations Command (UNC) and North Korea, but the North has not given any response, according to another official.

The inter-Korean military hotlines, as well as the liaison line between the two Koreas, were severed in June after Pyongyang vowed to "completely" close those communication channels in anger over propaganda leaflets sent from the South.

"We've shared related information with the US side and worked closely with them," the official said.

Despite the shocking killing, the case does not appear to constitute a violation of an inter-Korean military tension reduction agreement signed on Sept. 19, 2018, which calls for halting all hostile acts against each other, officials said.

Under the pact, named the Comprehensive Military Agreement (CMA), the two Koreas also agreed to set the maritime buffer zone, which spans around 135 kilometers in the Yellow Sea and around 80 km in the East Sea, to reduce tensions and prevent accidental clashes.

"True, the incident took place within the zone, but the agreement does not regulate each side's use of small firearms. It was about the suspension of artillery firings," the official said.

The JCS official said there is circumstantial evidence that the official tried to defect to the North.

"We see high possibilities of his voluntary border crossing, as he wore a life jacket and took off his shoes before leaving the boat, and our intelligence indicates that he expressed such an intention to the North Korean side," the official said.

"Investigation is under way into his exact motives and other circumstances."

The fisheries official had served in his post since 2012 and was well aware of the geographical features in the Yellow Sea region, such as the sea current, another official said.

On the day of his disappearance, he was on early morning duty, and his colleagues realized that he went missing at around 11 a.m., as he did not show up for lunch.

Authorities launched an investigation of his colleagues and are searching the vessel "to secure items, if any, that belong to the official there to find any clues about the incident," according to a Coast Guard official.

Weather conditions were favorable Monday, and several other Coast Guard and naval ships were also carrying out patrols nearby, as it is the peak crab-catching season, the defense ministry said.

There have been some known defection cases in South Korea in recent weeks.

In July, a 24-year-old North Korean defector fled back to his home country by swimming across the border from the western island of Ganghwa. The North's official Korean Central News Agency reported at the time that the "runaway" returned home in the border city of Kaesong with COVID-19 symptoms, and leader Kim Jong-un issued the maximum alert against the virus. Kim also called for the need "to thoroughly maintain tough organizational discipline" over the incident.

Last week, another North Korean who defected to the South in 2018 made a botched attempt to go back to the North through a military base in the eastern border town of Cheorwon. (Yonhap)