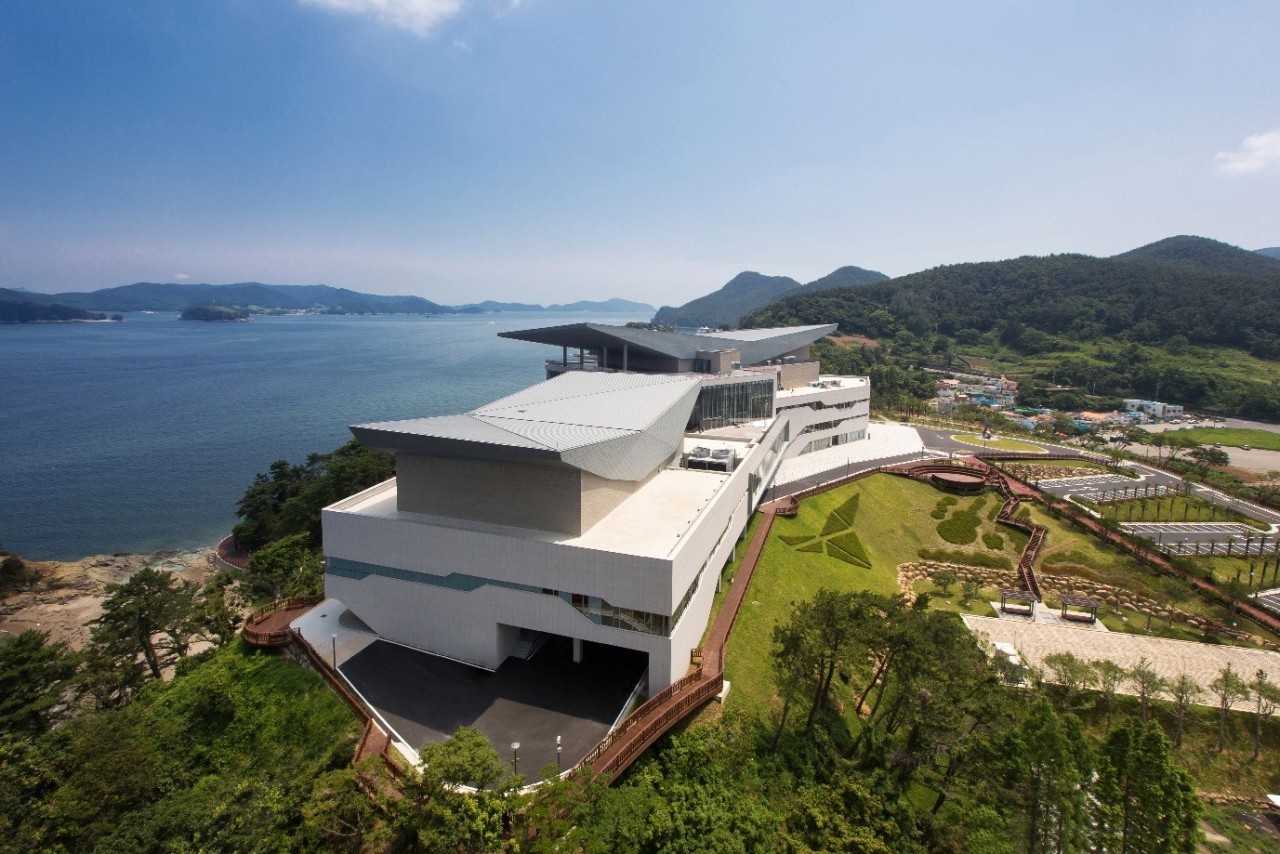 Tongyeong Music Hall (Tongyeong International Music Festival Foundation)
Though many musical events have been postponed or canceled this year due to the COVID-19 pandemic, the southern city of Tongyeong is looking forward to Isang Yun Prize 2020, which celebrates the legacy of iconic composer Yun I-sang (1917-1995).

Tongyeong, a port city in South Gyeongsang Province, is Yun’s birthplace. Based in Berlin in his later years, the composer became internationally recognized for his attempts to bridge the music of the East and the West.

The Tongyeong International Music Festival, which is held every March in remembrance of the venerated composer, was canceled this year following the coronavirus outbreak.

According to the foundation’s press release, prize selection criteria for artists include active involvement in society and contributions to “peace, reconciliation and harmony.” This year, a new one has been added: “support in positive change for their communities, especially in view of the hardships of the current pandemic this year.”

An awards ceremony will be held Oct. 11 inside the Demilitarized Zone along with a concert.