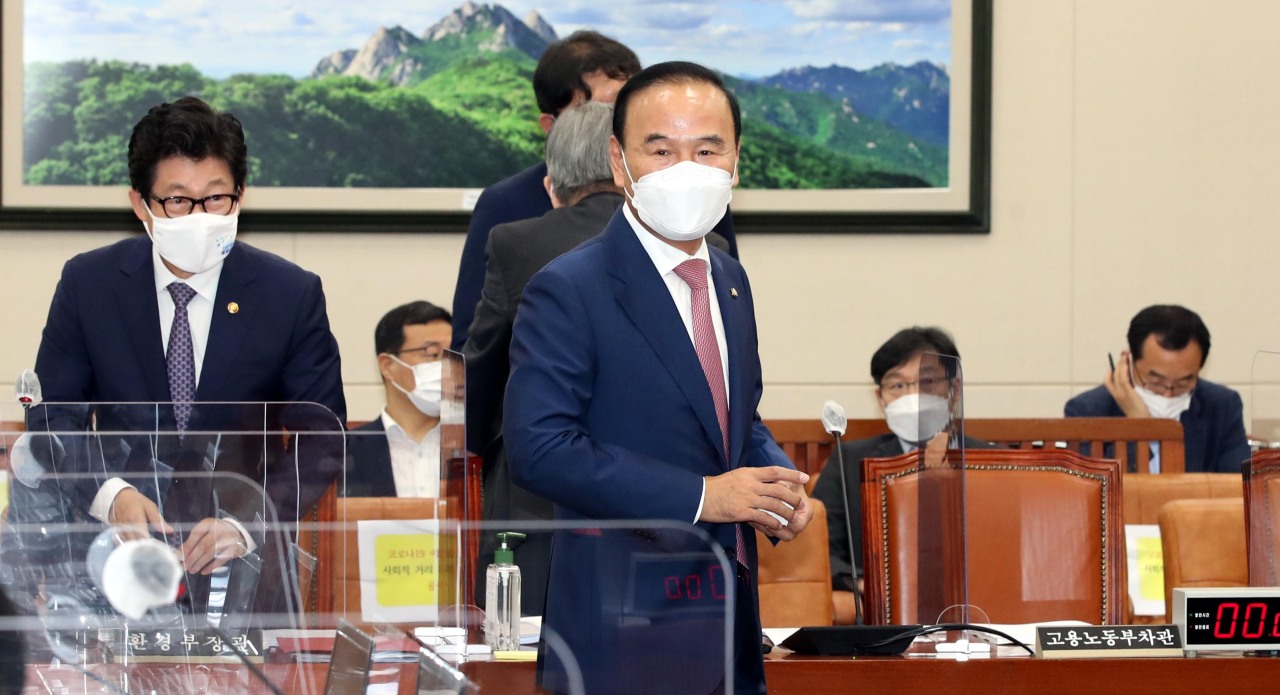 (Yonhap)
The main opposition party will launch an emergency fact-finding mission to look into corruption allegations raised against one of its lawmakers, party officials said Monday.

The special emergency fact-finding committee of the People Power Party (PPP) will be tasked with probing allegations that its lawmaker Park Duk-hyum illegally clinched construction orders from government agencies, they said.

The three-term lawmaker is suspected of having clinched orders worth over 100 billion won ($86.13 million) for five construction firms run under the names of his family members from government agencies for six years from 2012. He was a member of the parliamentary committee on land, infrastructure and transportation that conducts regular audits into the agencies at that time.

Last week, a group of civic groups officially requested a police investigation into the lawmaker, accusing him of corruption and abuse of power.

A PPP official said the party will promptly work to find the truth behind the allegations and come up with due measures on Park.

Speaking to Yonhap News Agency, Park repudiated the allegations and said, "I should be duly punished and judged by law if there were any special favors."

As the allegations emerged, Park resigned from his seat on the land and infrastructure committee earlier in the month and relocated to the environment and labor committee. (Yonhap)