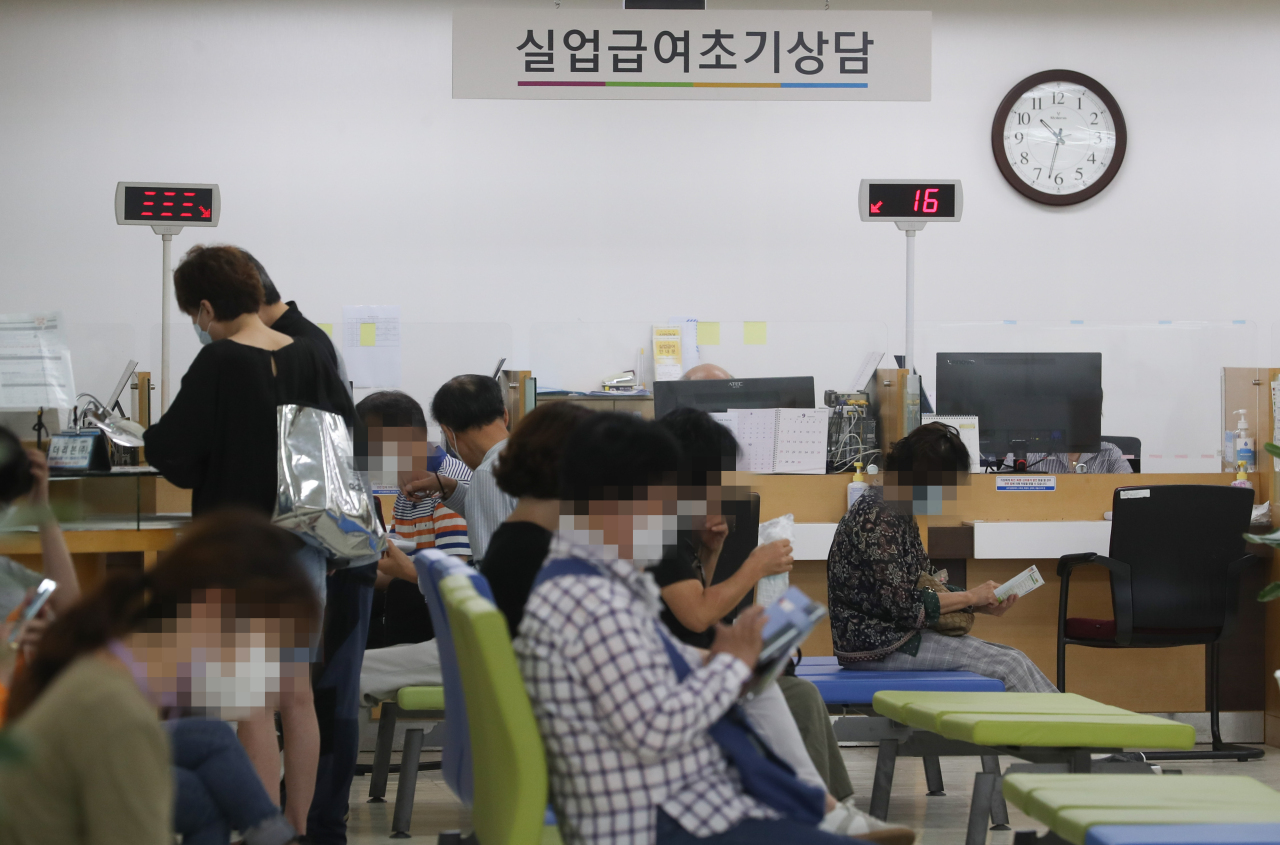 Job seekers wait for consultation at the Seoul Regional Employment and Labor Office in Jung-gu, central Seoul, in early September. (Yonhap)
Temporary contract workers were more susceptible to job loss due to the coronavirus pandemic than full-time workers, with one in every three irregular workers losing their jobs over the past eight months, a survey showed Monday.

According to a survey of 1,000 workers conducted by advocacy group Gabjil 119, 15.1 percent of respondents said they lost jobs during the coronavirus outbreak. Some 31.13 percent of contract workers lost their jobs, much higher than the 4.3 percent of full-time employees with the same response.

More than 21 percent of those who lost their jobs said they were advised to resign, while 19.9 percent underwent involuntary dismissal. Some 19.2 percent lost their jobs after their contracts were terminated, and another 13.2 percent became unemployed due to their employers’ managerial difficulties.

Yet more than 80 percent of the respondents who lost their jobs were not entitled to unemployment benefits, with 54.1 percent of them losing the allowance because they were not included in the national employment insurance coverage.

And at the same time, 34 percent of survey respondents said their monthly income fell from eight months earlier, with 56 percent of them being irregular workers and 19.3 percent being full-time workers.

The survey also found that mental health issues were apparent from the prolonged coronavirus outbreak and its effect on the job market.

Some 40 percent of respondents said they are experiencing anxiety issues due to the COVID-19 outbreak, and another 19.2 percent said they were depressed from the pandemic. Gabjil 119 said both issues were more visible among contract workers, women and low-income earners.