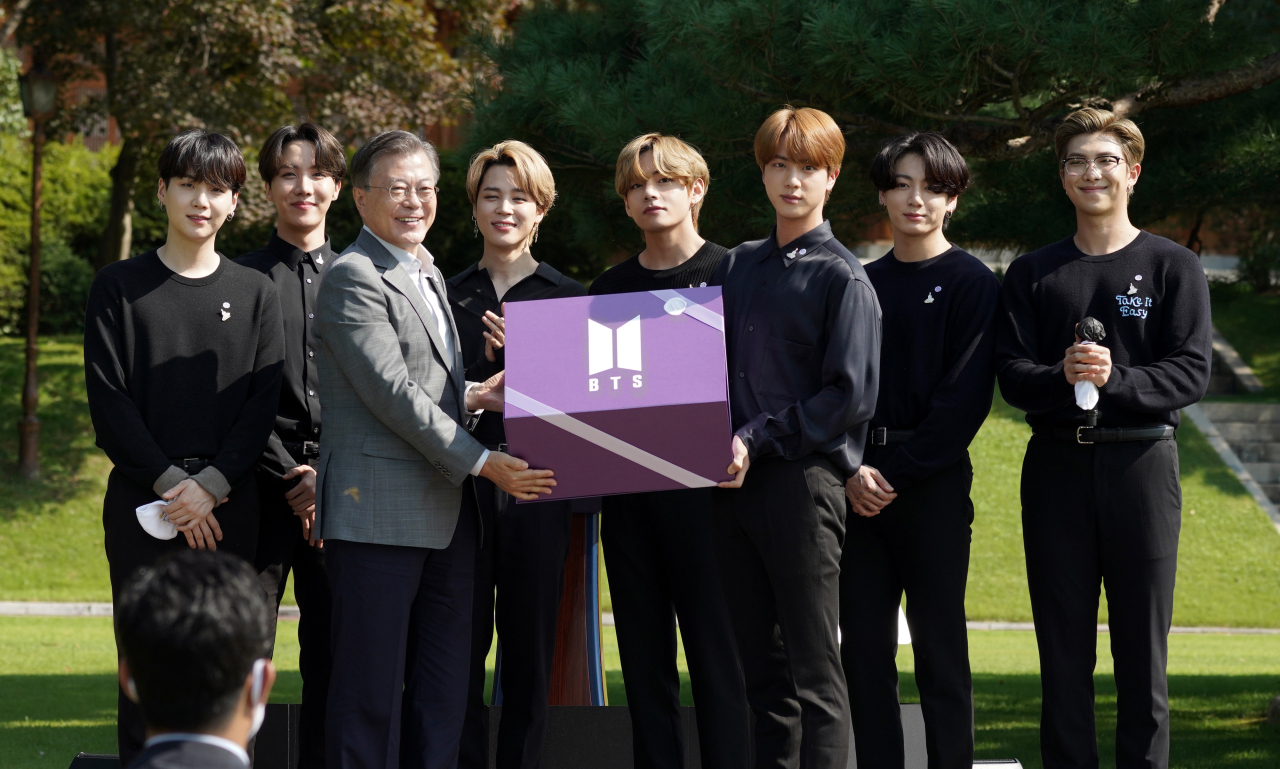 Blue House spokesperson Kang Min-seok said in a press briefing Sunday that Moon likes the band’s songs and its dancing, and has praised the K-pop superstars in conversations with top officials.

“BTS looks like a group of youngsters at their peak when listening to their songs and watching their dance moves,” Moon said, according to Kang.

“It is sometimes difficult to follow (the lyrics of) K-pop bands when listening to their songs, but that wasn’t the case for BTS.”

Kang added that Moon believes BTS has a large fan base across all age groups.

Moon has often mentioned BTS as a representative example of K-pop culture during visits to foreign countries. He watched the group perform in October 2018 during his official visit to France.