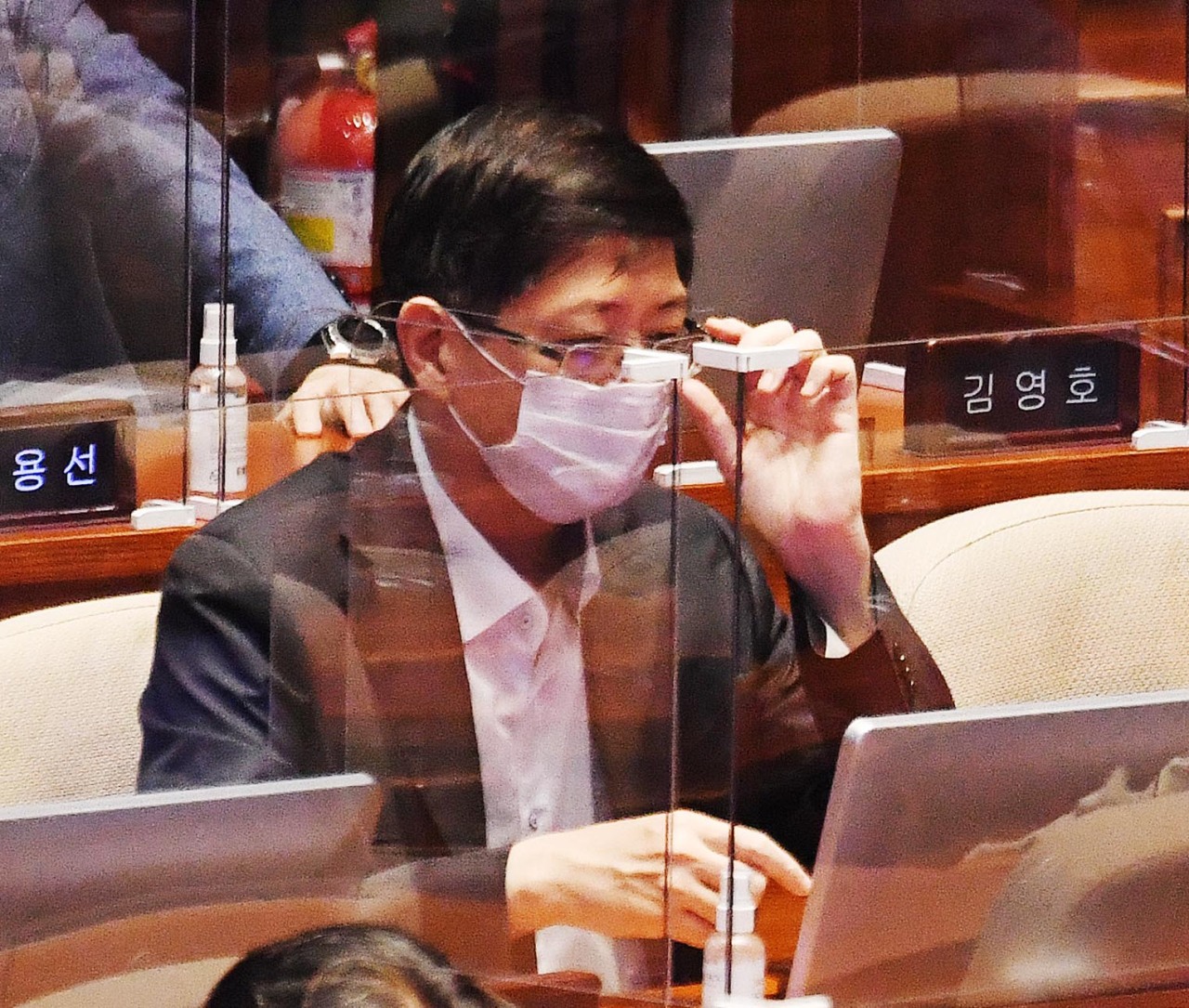 The Democratic Party stripped the first-term lawmaker of party membership Friday for underreporting wealth and refusing to cooperate with an in-house probe.

"I accept the party's decision on the expulsion heavily and solemnly," Kim said in a message sent to reporters.

"I am deeply sorry that I involuntarily have stirred controversy causing concerns to the public and burdening the party," he said.

But he denied claims that he tried to evade a probe or refused to cooperate.

Kim won his parliamentary seat under the proportional representative system in the April general elections.

He has been under fire over allegations that he failed to fully disclose his wealth during his mandatory property filing with the election watchdog in the run-up to the elections.

Kim was found to have omitted his ownership of a purchase right to an apartment when he reported to the National Election Commission that he owned three homes. He remains an independent member of the National Assembly.

His father, Kim Dae-jung, won the Nobel Peace Prize in 2000 for the first-ever inter-Korean summit between him and then-North Korean leader Kim Jong-il. (Yonhap)