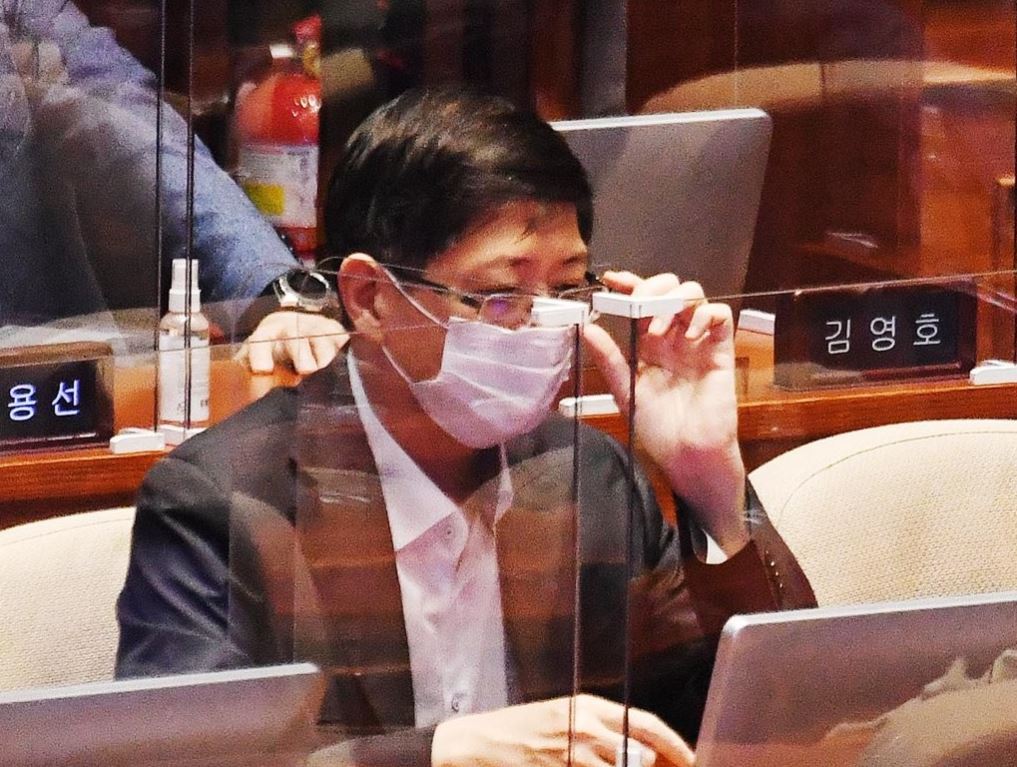 The party's ethics inspection body launched probes this week into allegations of wrongdoing raised against some party lawmakers, including Rep. Kim Hong-gul.

"The party decided to deprive Rep. Kim of party membership as he appeared to not sincerely cooperate with the body in the probe," Rep. Choi In-ho, a party spokesman, said in a briefing at the National Assembly.

Kim is facing criticism for failing to fully disclose his wealth during his mandatory property filing with the election watchdog in the run-up to the parliamentary elections in April. Kim omitted his ownership of a purchase right to an apartment when he reported to the National Election Commission that he owned three homes.

His father, Kim Dae-jung, won the Nobel Peace Prize in 2000 for the first-ever inter-Korean summit between him and then North Korean leader Kim Jong-il. (Yonhap)