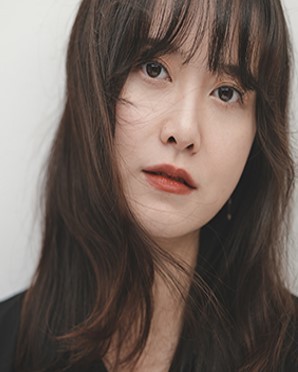 Koo Hye-sun (BIAF)
Since finalizing her divorce from actor Ahn Jae-hyun in July, Koo Hye-sun has been busy as an actor, director, artist and musician. Her latest engagement is an art exhibition at the upcoming Bucheon International Animation Festival.

Koo, who has directed three feature films and five short films since 2008, is one of the feature film judges at BIAF 2020. She will be joining a panel of world-class directors, including Anca Damian, who won last year’s grand prize, and director Kim Bo-ra of the critically acclaimed “House of Hummingbird.”

While enlisting a well-known figure as a judge with a view to promoting the festival is nothing unusual -- Apink’s Park Cho-rong is a music judge at BIAF -- giving the same celebrity a chance to hold a solo art exhibition at the festival is unusual.

Koo has actively pursued an art career ever since her debut exhibition, “Tango,” in 2009. Her exhibition at BIAF, titled “Imagine,” centers on the concept of “drawing in one’s mind” and uses music from her third New Age piano album, “Breath 3,” released Sept. 2, alongside her paintings and other visual art.

“Imagine” will have a simple structure so the audience’s imaginations can have free rein. Audience members will also get a chance to create their own artworks.