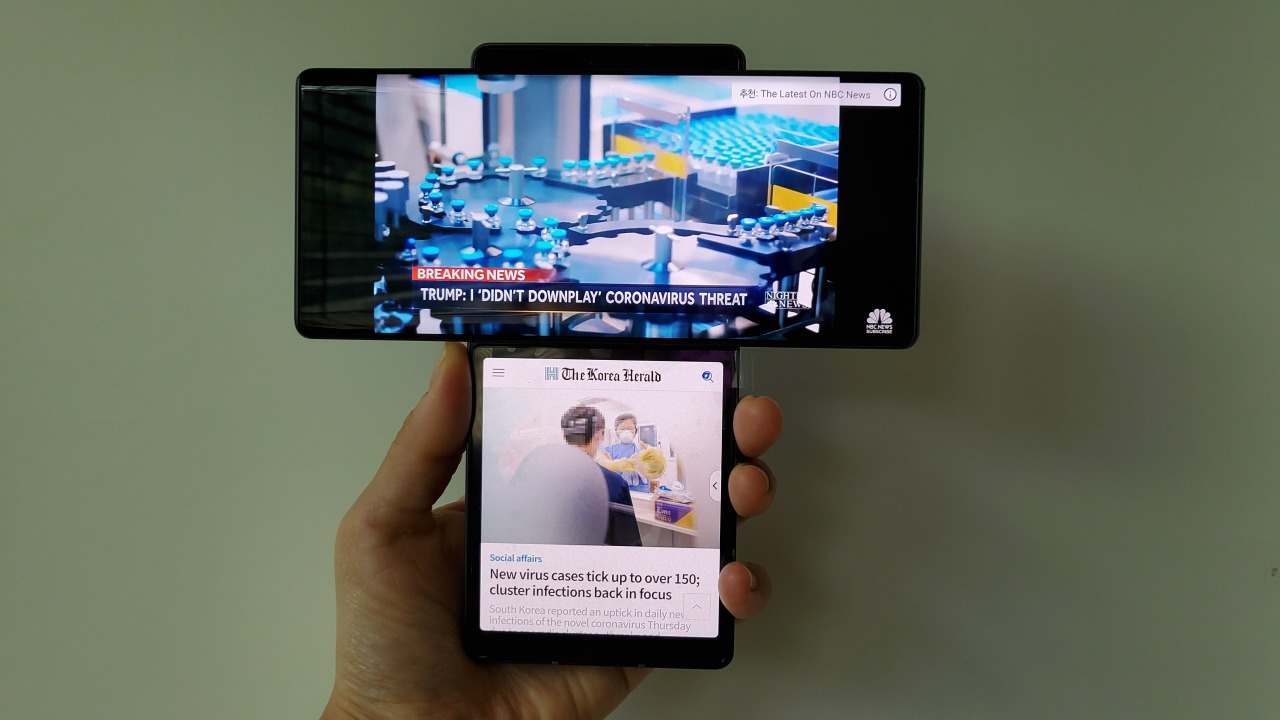 Before getting my hands on the LG Wing, I had no idea why we would need a screen that spins around.

But once I got to swivel the main screen -- with the transition so incredibly suave thanks to the built-in hydraulic damper -- it was, indeed, a whole new experience.

With the 6.8-inch P-OLED Full Vision display swiveled 90 degrees to set it horizontally, the LG phone offered the best conditions that vertical square-shape smartphones can offer for watching movies and taking photos or videos.

At first sight, I was wowed at the horizontal, full-screen view that saved the hassle of twisting the hand to turn the phone around for us lazy tech users.

In “Swivel mode,” the main screen showed bigger app icons than on usual smartphones, as the special multitasking system Swivel Home turns on.

It felt like having a TV just right in front of my face and a little controller underneath it.

I set up YouTube and Chrome as a pair to start the apps at the same time with a single touch on the second screen.

Watching a news channel on YouTube on the main screen while reading written news on the second screen worked in a satisfactory manner. YouTube worked perfectly on the horizontal main screen while perusing news articles on the 3.9-inch subscreen required a lot of scrolling.

When shooting video, the T shape device turns into a professional camera, and this is thought to be really useful for content creators or even wannabes.

As I started the camera app, the gimbal mode was immediately on, which is the killer feature of the LG Wing.

On the subscreen, a joystick-like button appeared to enable me to capture my 5-year-old son jumping around in our living room without the need to move the phone -- or myself -- to chase after him.

Another selling point is the dual recording feature.

This new feature enables users to shoot two video clips at once, allowing them to capture two different sides of a single moment.

In dual recording mode, a selfie camera pops up from the top of the phone, and the screen is divided into two. The left side shows the rear camera’s recording, while the right shows that of the front camera. Then you get two separate video clips in the gallery.

To sum up my two-day experience with the LG Wing, here is a short comparison with the Galaxy Z Fold2.

The price could be another strong point for theLG Wing if it can be released at nearly half the price of Z Fold2.