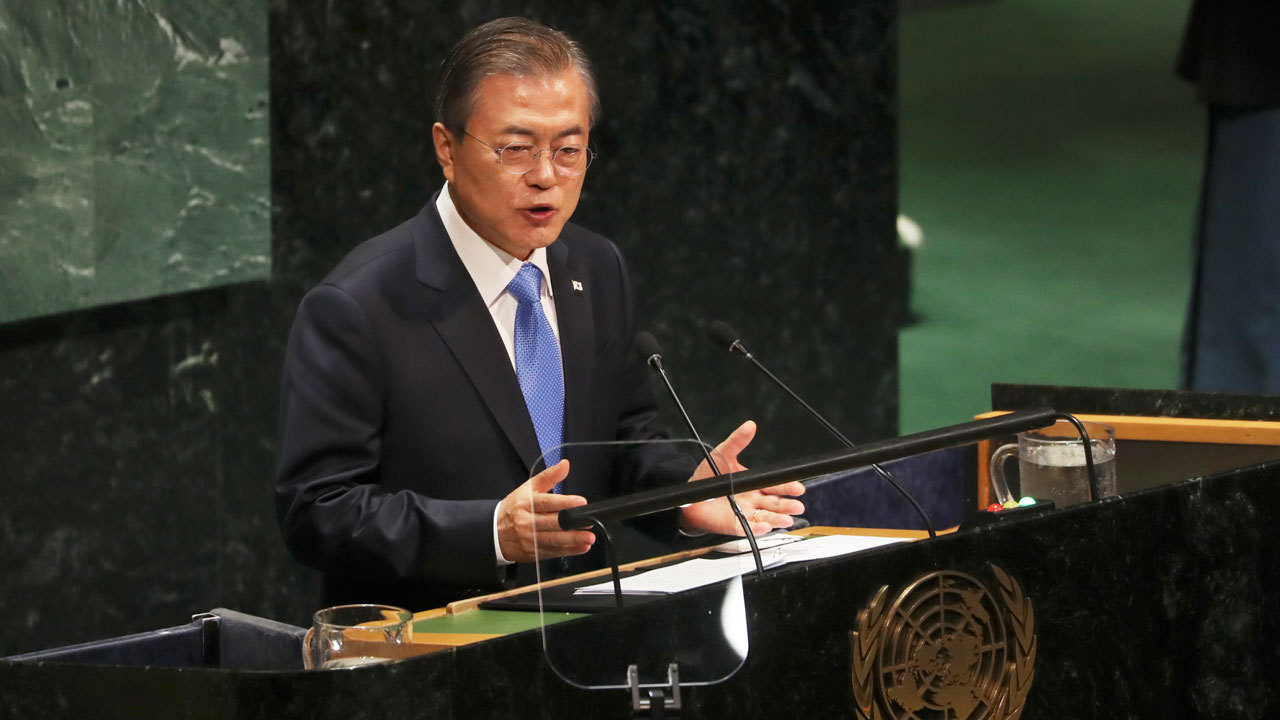 It is expected to be played during the virtual event at around 2 a.m. Wednesday (Seoul time), according to Cheong Wa Dae spokesman Kang Min-seok.

Moon plans to request the international community's support for peace on the Korean Peninsula and in Northeast Asia and stress the importance of the world's solidarity in response to the COVID-19 pandemic and climate change, he added.

The UN has decided to hold the 75th session of the General Assembly via video link due to virus concerns.

It has invited world leaders to send in pre-recorded videos of their speeches that will be livestreamed.

A total of 173 leaders of the 193 UN member states plan to join the meeting, Kang said.

Moon will be the ninth figure to address it on the first day of the session, he said.

On Monday, Moon is also scheduled to address a high-level meeting in New York to commemorate the 75th anniversary of the UN session in his capacity as the leader of the nation chairing the group of five middle powers, dubbed MIKTA. The other four are Mexico, Indonesia, Turkey and Australia.

He will take note of the UN's contribution to global peace and development so far and then express the MIKTA's commitment to helping promote multilateral cooperation, led by the UN, on the coronavirus and pending issues facing the world, Kang said.

It would mark the first time for the leader of a rotating chair of the MIKTA to make such a speech on the global stage since its launch in 2013, he added.

Moon has used his UN speeches to make peace overtures toward Pyongyang. (Yonhap)