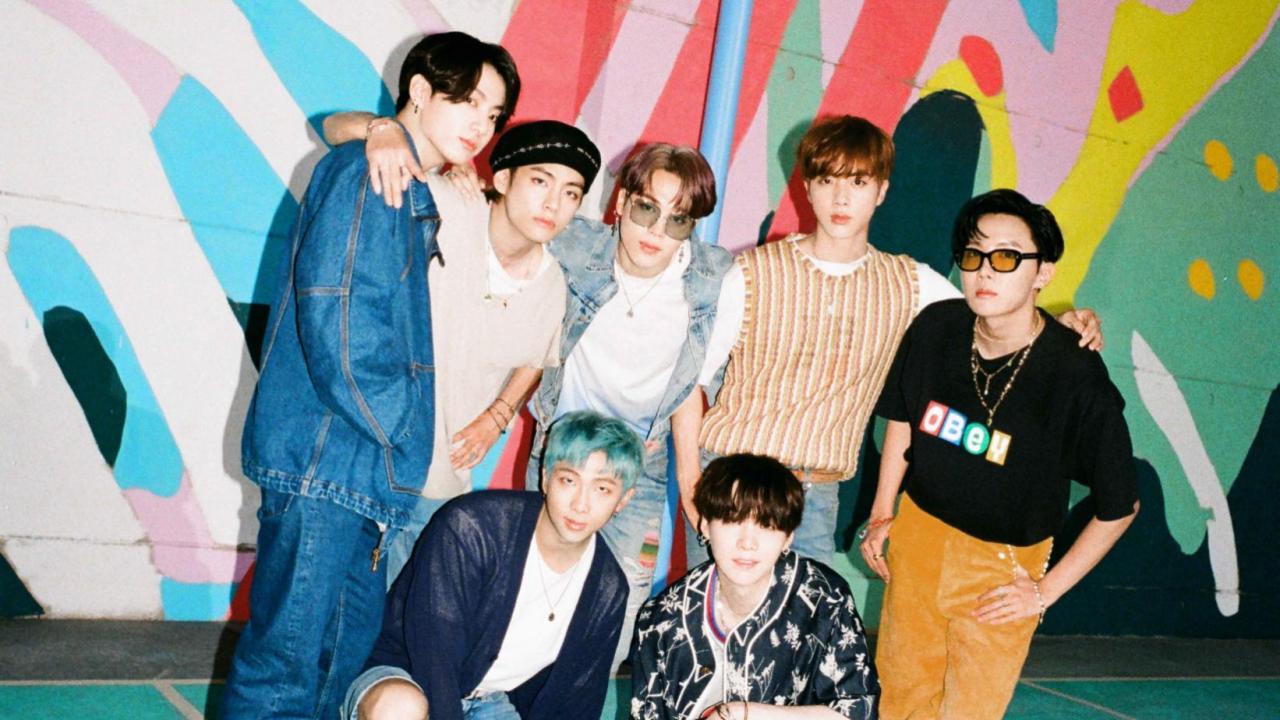 The seven-member band presented a prerecorded live performance of "Dynamite" on the weekly TV program, now in its 15th season, aired Monday (US time) on American television network NBC.

The performance held against the backdrop of a vacant late-night amusement park was taped at Everland, South Korea's largest theme park in Yongin, south of Seoul, according to a representative at Big Hit Entertainment, the band's management agency.

The taping of the disco-pop track, while sung live, was apparently not done in a single take, as it appeared to have edits in between to feature more close-up shots of individual members in different backgrounds that resemble downtowns and suburbs of America during the 1950-60s.

The performance marked BTS' second guest appearance on "America's Got Talent" following its first live performance on the show in September 2018 with "Idol," the lead song off the group's "Love Yourself: Answer" album.

The showing marked the penultimate appearance of the band's official television promotional schedule for "Dynamite" in the United States. The septet staged a virtual media blitz for its new song, starting with the debut performance of "Dynamite" on the MTV Video Music Awards late last month and later appearing on the City Music Series on NBC's "Today" show last week.

BTS plans to make a final appearance for "Dynamite" on the iHeartRadio Music Festival on Friday.

"Dynamite" took the top position on Billboard's main singles chart for the second-straight week last week, becoming the 20th song in history to have remained on top in its second week following a No. 1 debut. "Dynamite" stood at No. 2 on the Hot 100 chart this week. (Yonhap)