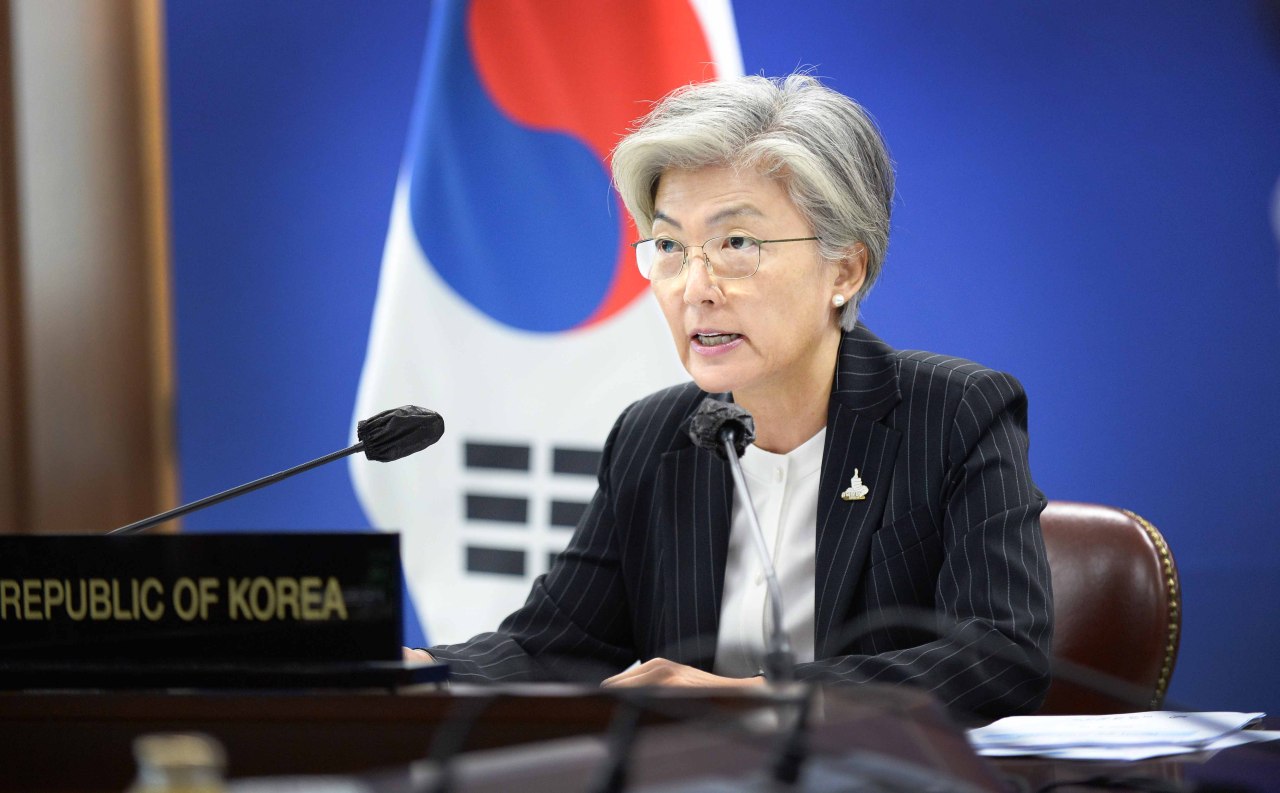 Kang made the appeal during phone talks with her Colombian counterpart, Claudia Blum Capurro de Barberi, earlier in the day, saying that Yoo is the right person to take on the role of restoring multilateralism and to act as a bridge between developed and developing countries, the foreign ministry said in a release.

Yoo is competing against candidates from seven countries -- Mexico, Nigeria, Egypt, Moldova, Kenya, Saudi Arabia and Britain -- for the WTO director generalship. The final result is expected to be delivered in early November.

In Wednesday's talks, Kang and Blum also discussed other bilateral issues, including cooperation in the fight against the coronavirus.

Kang called for the two countries to work closely together for the development and distribution of COVID-19 vaccines. Blum, in response, thanked South Korea for support and for sharing its experience in tackling the virus, saying that Seoul's extensive cooperation has helped her country overcome the virus crisis.

The two ministers also agreed to continue efforts to strengthen bilateral cooperation in the post-pandemic era, particularly in public health and medical-related fields, according to the ministry. (Yonhap)