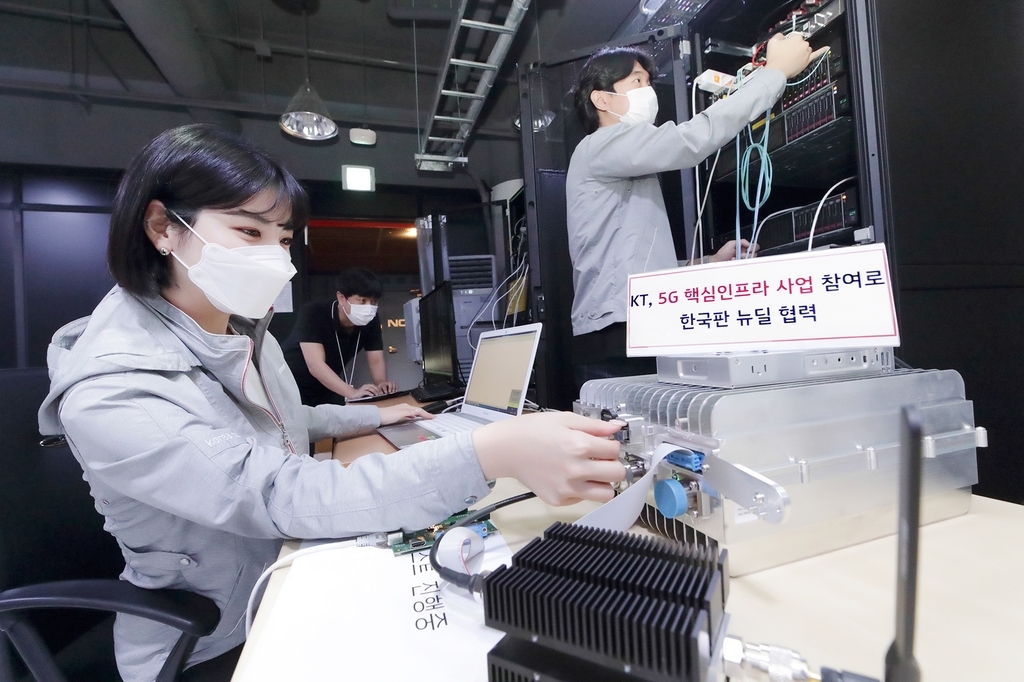 The 28.5 billion-won ($24.2 million) project is expected to be completed by 2023 and targets to provide small and medium-sized firms access to research versions of the 5G network to test nascent services, such as connected vehicles, drones and smart factories.

The testing sites will be established at four locations across the country, including Pangyo, south of Seoul, and the central city of Daejeon.

KT said it targets to install 5G at the facilities on the 3.5 gigahertz (GHz) and the faster 28 GHz bands by the end of this year.

The move comes as South Korea pushes for wider 5G deployment under its digital New Deal initiative to prop up the economy.

Major local telecom operators promised in July to spend up to 25.7 trillion won to update network infrastructure and establish a nationwide 5G network by 2022. (Yonhap)