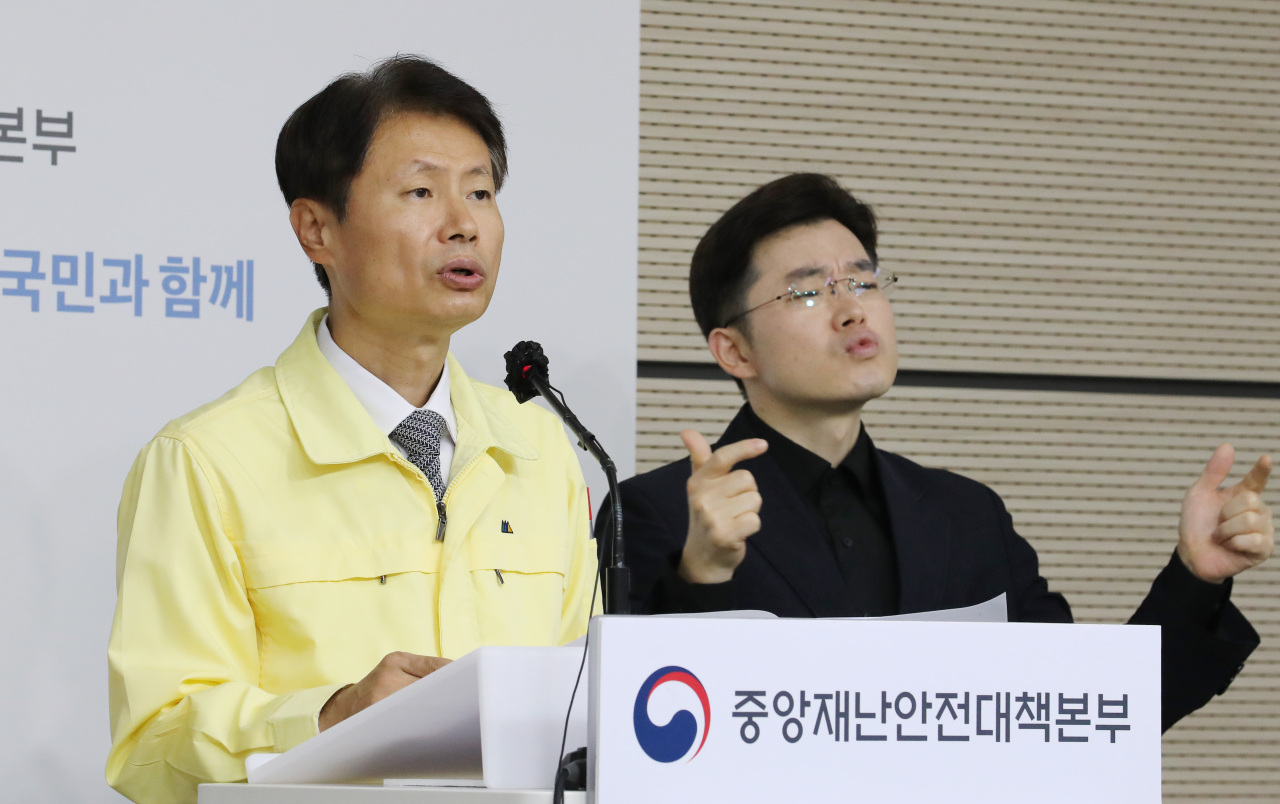 Vice Health Minister Kim Gang-lip speaks during a press briefing Wednesday. (Yonhap)
The government on Wednesday reaffirmed its stance that it was not considering giving a second chance to medical students who refused to take the medical licensing exam in protest of the government’s now-stalled plan to recruit more new doctors.

Vice Health Minister Kim Gang-lip said in a press briefing that the government has yet to receive any request from any final-year medical students about the exam, which kicked off Sept. 8 and lasts until Nov. 20.

Applications ended Sept. 6 after two rounds of extensions and only 14 percent of the 3,172 eligible medical students applied.

“The government can’t presumably review providing an additional chance to the students, when they have not shown a clear intention to take the exam,” Kim said.

The students made the decision to boycott the exam of their free will, he stressed. Giving special treatment to students who failed to apply for the test on time would undermine the fairness of state-administered exams, he added, citing negative public opinion.