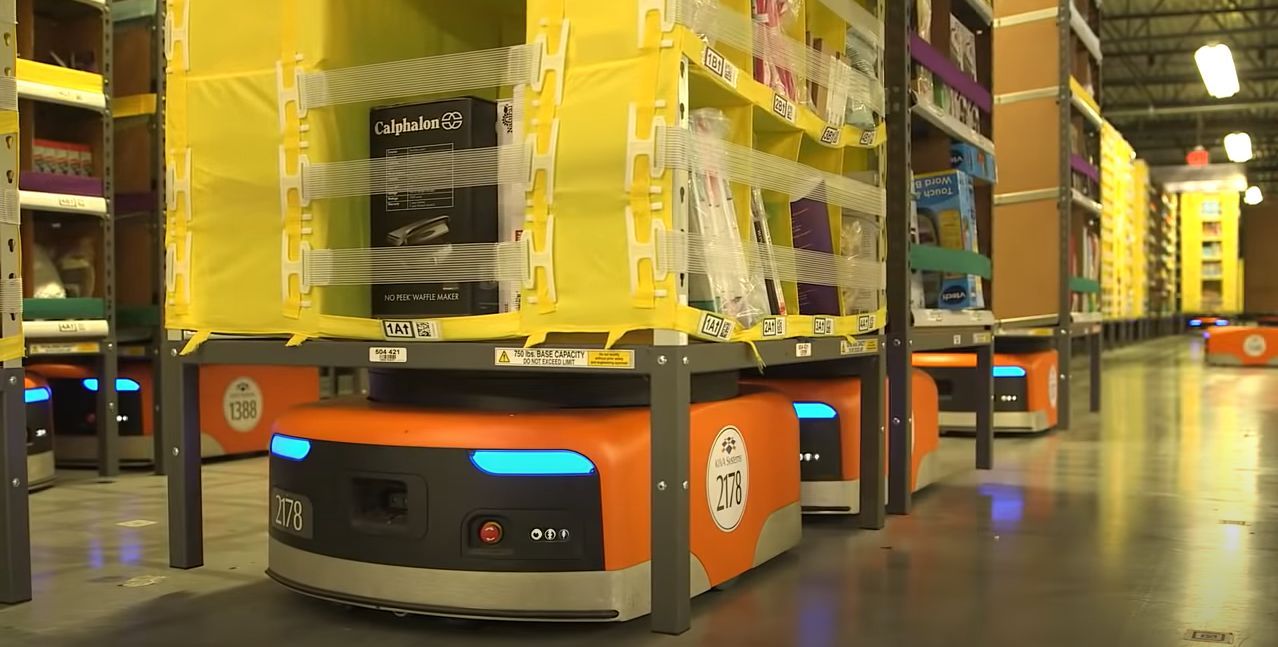 The Korean battery maker will supply the same cylindrical batteries that power Tesla electric vehicles to Amazon’s automated robots in operation within the retail giant’s warehouses starting from 2023, they said.

Though LG Chem said it can’t confirm details related to its clients, the deal is expected to be worth tens of millions of dollars.

As of last year, Amazon has deployed more than 200,000 warehouse robots globally. The company refers to its robots as “drives.”

The supply contract with Amazon is expected to help LG Chem expand its battery business to the robot industry, which is expected to grow 32 percent annually and become a $100 billion industry by 2025, according to a Macquarie report released in 2017.

On top of the Amazon deal, LG Chem is likely to ink a battery supply deal with a US-based robotics company Boston Dynamics in the near future, according to industry sources. The robot company is best known for Spot, a four-legged industrial robot powered by swappable batteries that is designed to travel rough terrain.

LG Chem has been making strides not only in the robot industry, but also in the drone industry.

On Thursday last week, LG Chem successfully completed a test flight of an unmanned aerial vehicle powered by its next-generation lithium-sulfur battery. The UAV flew seven hours in the stratosphere between 12 and 22 kilometers above the ground, where temperatures dropped to minus 70 degrees Celsius.

A lithium-sulfur battery uses a sulfur and carbon composite for the cathode and lightweight lithium metal for the anode, offering 1.5 times greater energy density by weight compared to a conventional lithium-ion battery, which uses nickel, cobalt and manganese for cathode and graphite for anode, according to LG Chem.

“In theory, a lithium-sulfur battery can offer energy density as much as 2,500 watt-hours per kilogram, five times greater than lithium-ion battery’s maximum energy density of 500 Wh/kg. LG Chem’s lithium-sulfur battery used for the test flight demonstrated 410 Wh/kg, much higher than 230 Wh/kg of a typical NCM (nickel cobalt manganese) 811 battery, which contains 80 percent nickel inside a cathode,” a Kyobo Securities official said.

The cathode is one of four key components of a lithium-ion battery, along with the anode, electrolyte and separator. The more nickel inside the cathode, the more powerful the battery becomes.