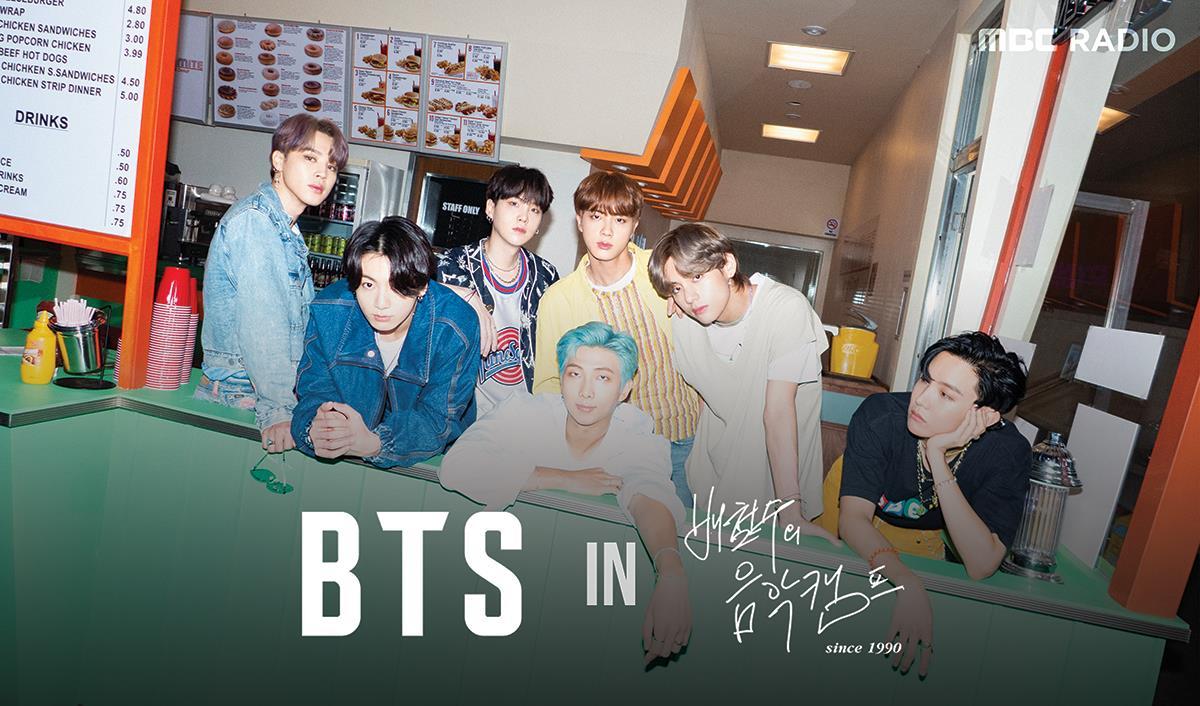 A teaser image provided by MBC Radio on Monday for the network`s evening program "Bae Chul-soo`s Music Camp," with K-pop group BTS as a featured guest. (Yonhap)
The themes and messages on the upcoming new album by BTS will revolve around major issues faced by the global community, the group hinted Monday.

"(The album) will include various genres of songs, so it's hard to generalize the album as being of such and such genre," BTS leader RM said during an interview on MBC Radio's "Bae Chul-soo's Music Camp."

"The message will include topics that are deemed most necessary (for discussion) nowadays." he added.

The seven-member boy band plans to release a new studio album near the end of the year.

"It'd be a lie (to say) we didn't look forward (to debuting at No. 1 on the Hot 100)," BTS member Suga said when asked whether the group anticipated the stellar performance of "Dynamite."

The members also did not shy away from their aspirations for a possible nomination at the Grammy Awards in the United States.

The runaway success of "Dynamite," the group's first full-English track, in the US has prompted speculations that the band could earn its first-ever Grammy nomination this year.

The band has made appearances twice at the event, as an award presenter in 2019 and as an onstage performer at the 62nd event held in January, where the K-pop septet performed with rapper Lil Nas X.

Besides hopes for a long-awaited nomination, BTS stated earlier this month that it hopes to perform at the annual award ceremony run by the US Recording Academy as a stand-alone act. (Yonhap)