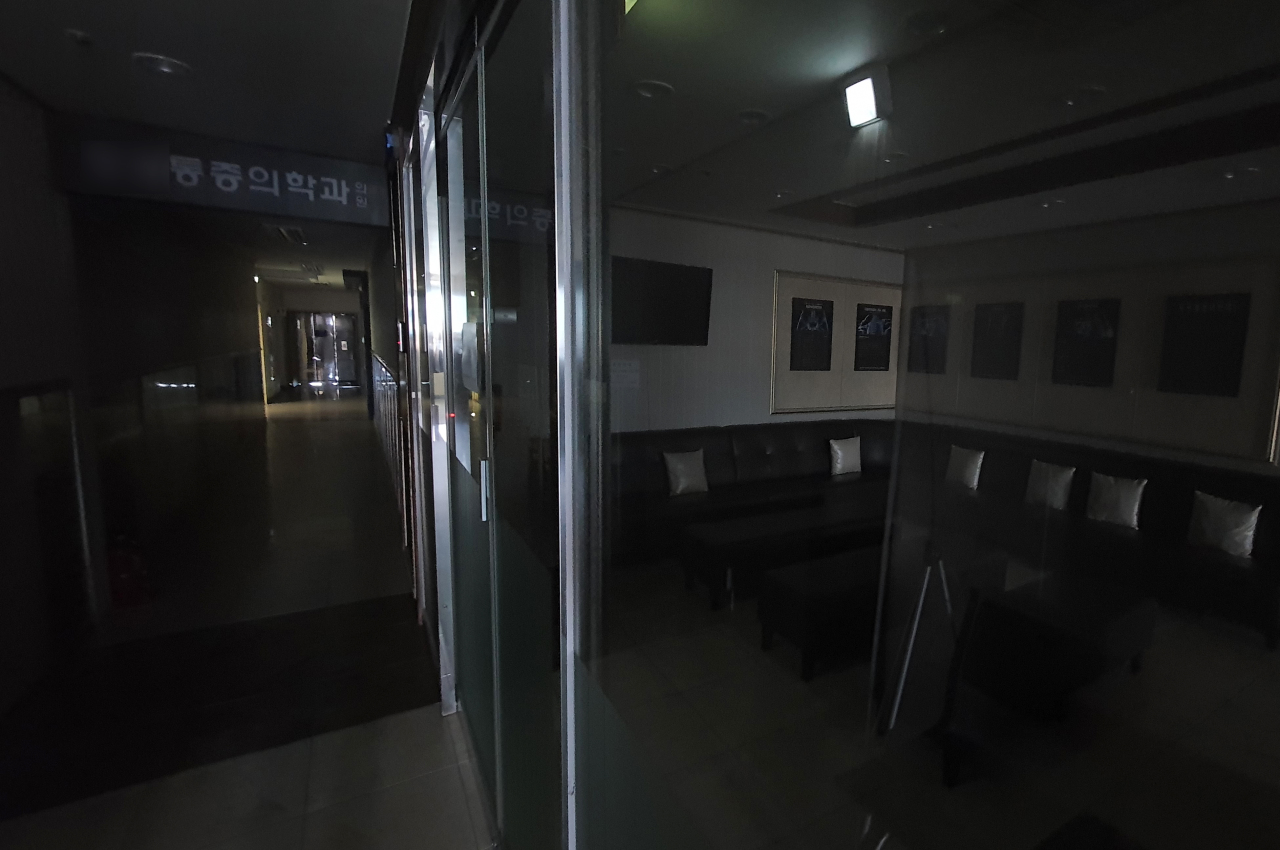 Lights are out Friday morning inside a hospital in Busan as the Korea Medical Association, which represents 130,000 doctors, stages a nationwide walkout in opposition of the government`s package of health reforms announced last month. (Yonhap)
Thousands of doctors on Friday staged a nationwide walkout as talks with the government over medical reform plans fell through.

According to the Ministry of Health and Welfare, 24.7 percent of 33,836 medical clinics, hospitals and institutions announced Thursday that they would be closed on Friday. The ministry said the actual closure rate for Friday could be higher considering the ongoing vacation season.

Under the lead of the Korea Medical Association, which represents 130,000 doctors, medical professionals across the country vowed to stage walkouts and protests in opposition of the government’s package of health reforms announced last month. A week earlier, around 7,000 doctors in residency took to the streets in Yeouido, western Seoul.

The KMA said it is hosting a rally Friday afternoon against the government’s medical reform plan in Yeouido, while other medical associations are also holding their own rallies throughout the country. Friday’s action marks the KMA’s third major walkout in the past 20 years, following protests in 2000 and 2014.

The government has opposed the Friday walkout, saying the action undermines the public health of Korea. Democratic Party of Korea leader Lee Hae-chan said Friday that doctors should resume dialogue with the government and hold off the strike.

Despite the worries of the government on possible delays to critical and urgent care, regions remained stable in that aspect as of Friday morning. The association previously advised doctors working at vital departments, including intensive care units, to stay on duty Friday.

Other non-essential services were expected to be disturbed from the walkout, with some regions reporting more than 40 percent of medical institutions closed Friday.

“If any one medical institution is put on operational restriction from this walkout on the 14th, we will ensure all 130,000 doctors undergo the same restriction for the same time period,” KMA President Choi Dae-zip wrote in a Facebook post.

In an attempt to lift a cap on medical training places, the Health Ministry announced last month the country will admit 4,000 more students over 10 years starting 2022. The scheme involves deploying around three-quarters of the newly recruited medical students to rural regions for 10 years.

They have argued that the “cheapest solution” to the challenges of rural medicine will instead only allow hospitals to use doctors at cheaper costs with no improvements to their wages or working conditions. Doctors argue that practicing medicine in rural areas is not attractive in the first place, as evidenced from programs from the past that have ended as failure.

On the ministry’s move to put traditional herbal remedies under the national health insurance as part of “standardizing and globalizing” the traditional Korean remedy system, doctors have argued that life-saving and indispensable therapies such as anticancer drugs should have been prioritized in getting the coverage.