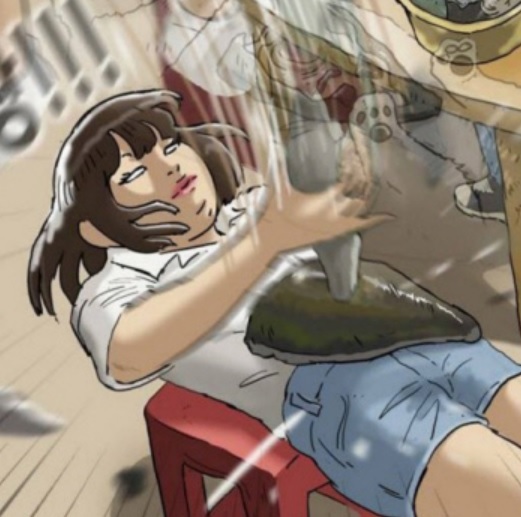 “Bokhakwang,” which means king of returning to school, is the most popular work by Kian84 that is uploaded at around 11 p.m. on Tuesdays on web portal Naver.

“I am very sorry for causing concern with inappropriate depictions in my work,” Kian84 wrote on his webtoon page on Thursday.

The latest episode of the popular webtoon featured one of the main female characters, Bong Ji-eun, breaking a clam in a clam restaurant like a sea otter. The controversy arose as the character is hired by a major company, despite having failed miserably, after she breaks open the clam like a sea otter. Internet users claimed that breaking of the clam was a metaphor for Bong having sex.

Bong’s supervisor later admits to the main male character that he is dating Bong. He says he kissed her while drunk on the night of the clam incident. As Bong is in her 20s and the supervisor’s age was revealed to be 40 in the latest episode, many criticized the webtoon for portraying women as using sex to get jobs. The episode ended with the main character asking the supervisor, “Did you sleep with her?” which further ignited the controversy.

Over 68,000 people have signed an online petition on a Blue House website requesting “Bokhakwang” to be terminated. The homepage of MBC’s “I Live Alone” was filled with requests asking for Kian84 to be removed from the program. 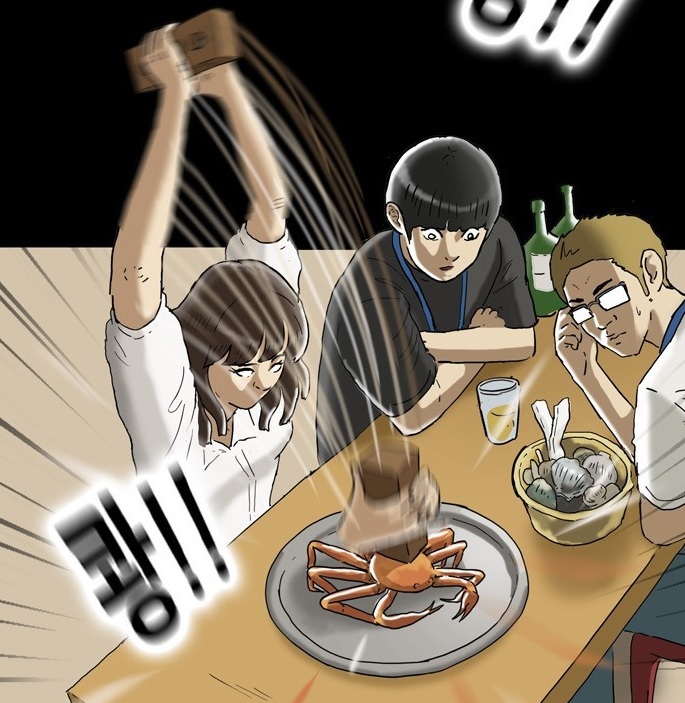 Edited scene in Kian84’s “Bokhakwang” after controversy showing Bong Ji-eun breaking a crab. (Naver)
Kian84 initially changed the clam to a crab and instead of breaking the clam after putting it on her belly with a rock like a sea otter, the crab was placed on top of a table.

“We apologize for causing concern over our work. We have edited the work as the author has revised. We and the author will be more careful in the future regarding different contents dealt with in this work,” a Naver Webtoon official wrote on the webtoon’s comments section. 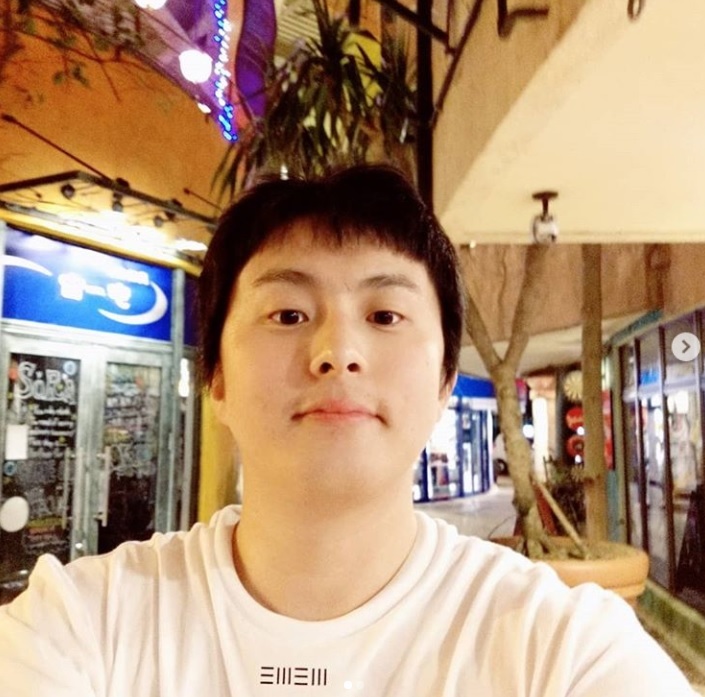 Kian84 (Instagram)
On Thursday afternoon, Kian84 made another revision, this time with a personal apology at the end of the episode.

“I used a cute otter after contemplating how to satirically portray this society as Bong Ji-eun used cuteness as a tool to get a job in the last episode,” explained Kian84 on Thursday. “I don’t think I contemplated enough regarding this scene …” “I should have thought more while working, and I sincerely apologize to the readers for causing discomfort,” said Kian84.

The comment by the main character to the supervisor of “Did you sleep with her?” was edited to “Were you together?” in the second revision.

Kian84 is no stranger to controversy, having been accused of creating webtoons that disparaged the disabled in the past, for example.

MBC has yet to give its position on Kian84.

Kian84 returned to work on Aug. 4 after taking a break from weekly uploads starting May 26.