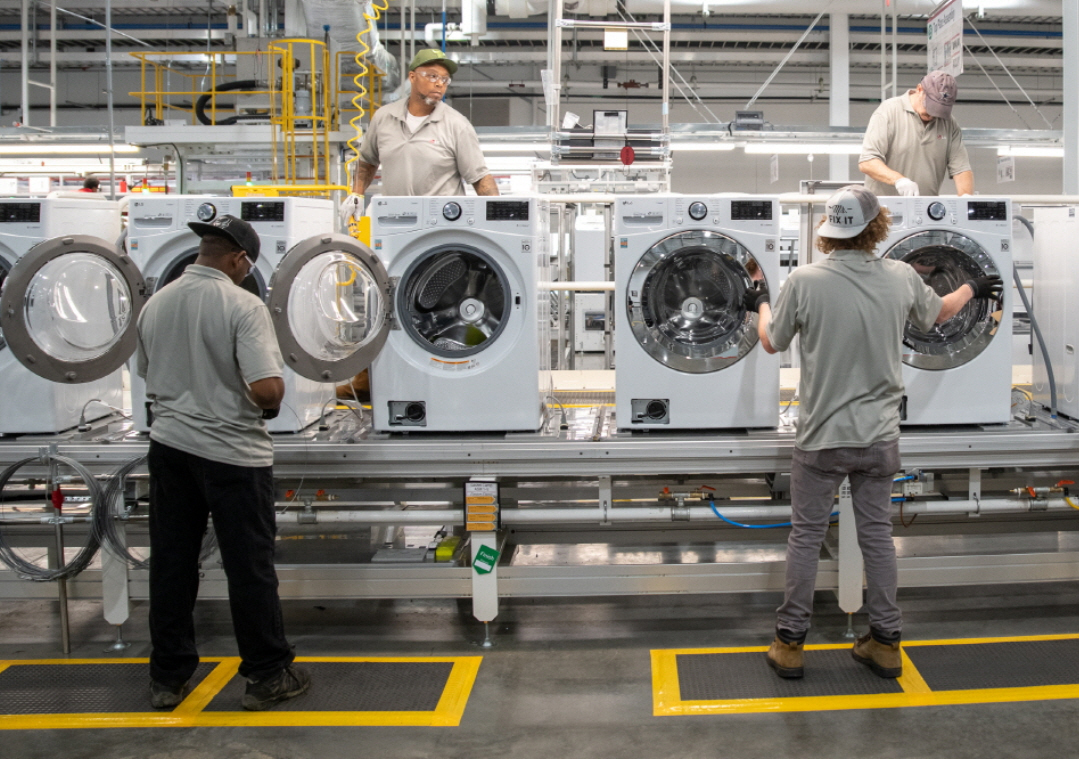 However, the Korean companies expect the safeguard to have little impact on their current businesses even if the restriction is extended.

It was a measure against rivals Samsung and LG, which it accused of dumping washers produced in low-cost countries in the US market. The tariffs are set to expire in February.

However, the impact of the restriction was limited over the last two years, as the Korean companies relocated their manufacturing facilities and started producing residential washers on US soil.

Samsung began operating its South Carolina factory since January 2018, while LG kick-started its Tennessee plant in May last year.

“Most of the Samsung and LG washers sold in the US are produced in the US, so the extension of the safeguard wouldn’t affect the companies’ businesses in the US,” said an industry official. “Such action is seen as Whirpool’s last resort to survive in the competition.”

According to TraQline, Samsung snatched the top spot in the US washing machine market with a 21 percent share, followed by LG with 17 percent and Whirpool with 16 percent in the first quarter.

US President Donald Trump reaffirmed the US government’s protectionist stance by mentioning the safeguard on washer imports during his visit to a Whirpool plan in Ohio on Friday.