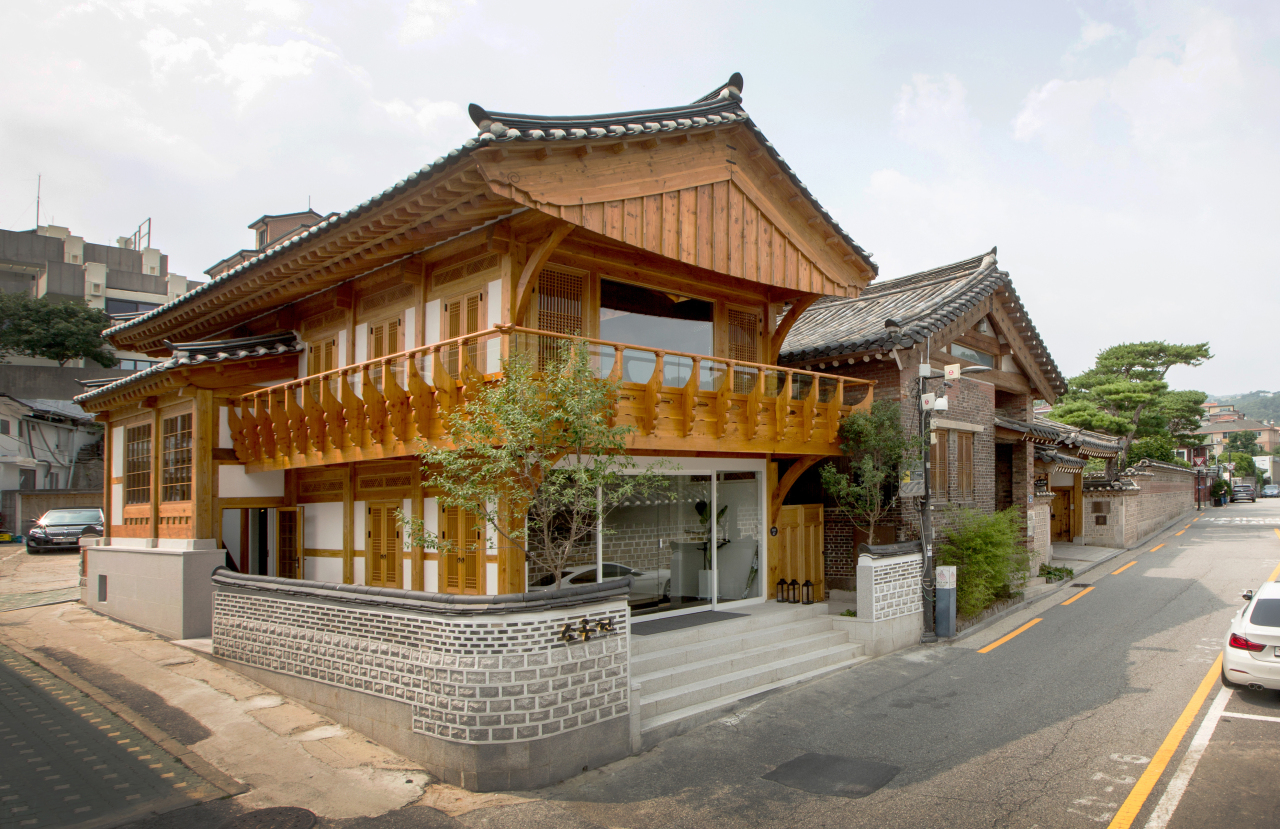 Sogongheon (Sogongheon)
Located across the west wall of the palace Changdeokgung in Wonseo-dong in central Seoul is what, at first glance, looks like a hanok cafe. Inside, however, authentic Scandinavian dishes are offered on Royal Copenhagen porcelain, offering a cuisine unfamiliar to many Koreans at perhaps the most Korean place.

Sogongheon, meaning “a place that brings people together to do good,” opened after two years of construction. The two-story hanok, with a separate hanok annex behind it, breaks the stereotype that hanok restaurants offer only traditional Korean food.

“As someone who’s run a Korean restaurant for a long time, I don’t think a hanok needs to serve only Korean food,” said Kim Youn-young, the owner and head chef at Sogongheon who headed well-known Korean restaurant Yongsusan for over 30 years. “I thought it’d be interesting to experience Korean culture while having Western food.”

Not many Koreans these days have personal experience with hanok, as the traditional houses have mostly disappeared in cities. Kim thinks Koreans will be delighted to have an opportunity to experience hanok while trying new food.

On the first floor, Danish pastries, or wienerbrod, make the hanok feel like a wooden cabin. Coffee and tea are all served in delicate blue-and-white Royal Copenhagen, as Kim disagrees with the use of takeout cups.

“I want people to take their time when drinking. Also, I care about the environment,” said Kim. 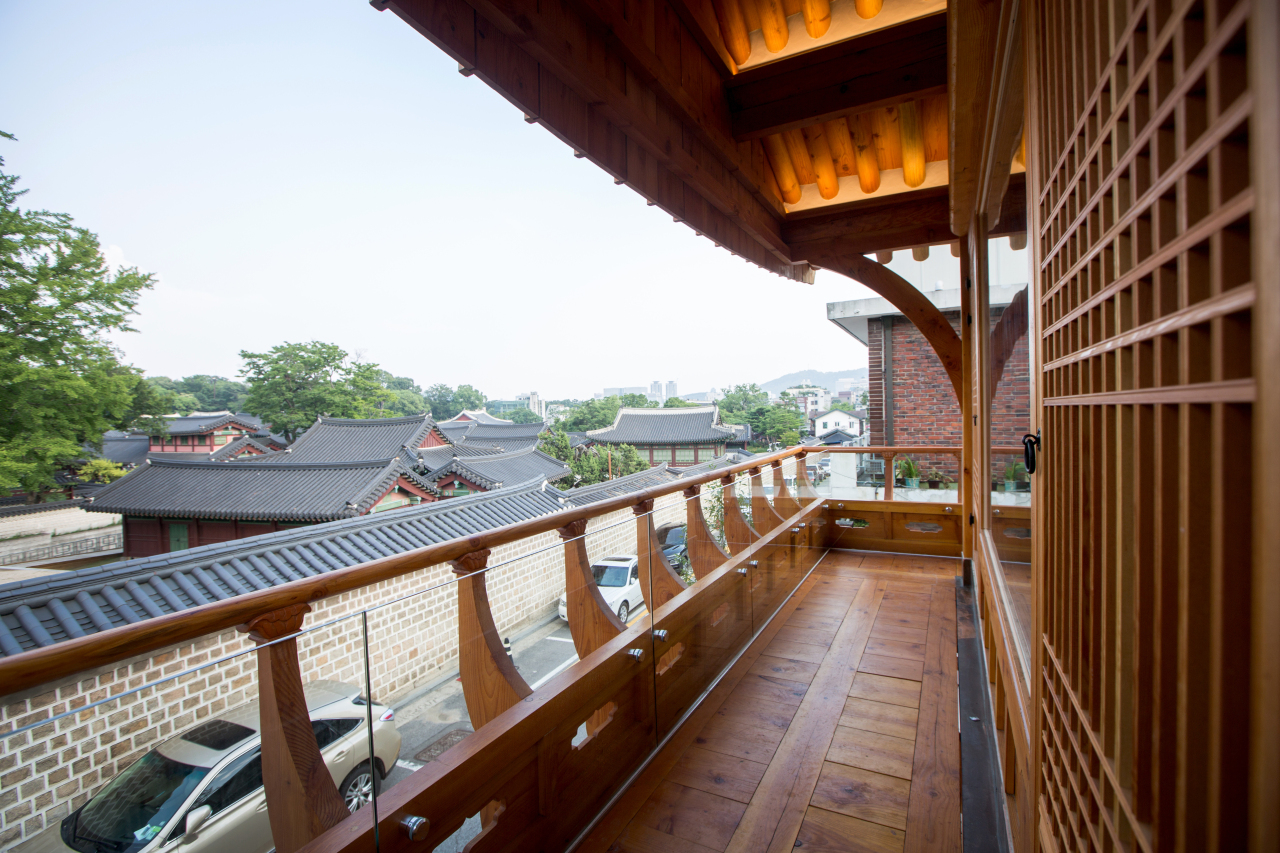 View of Changdeokgung from the second-floor terrace of Sogongheon. (Sogongheon)
It is on the second floor that the full warmth of the hanok can be felt. The view of Changdeokgung with its over 500-year-old gingko tree from the central window provides a unique experience of Korean culture. The Scandinavian cuisine, mostly Danish, gives another dimension to the uniqueness of this cultural experience.

Kim is no stranger to Danish food, as she studied and lived there as a teacher for several years. Her mother-in-law, who is Danish, taught her the traditional recipes of Danish cuisine. Kim is also passing on the recipes to her own daughter, who is also a chef at Sogongheon.

As traveling to Scandinavia is harder than ever because of COVID-19, Sogongheon provides a glimpse of the region with its authentic cuisine. 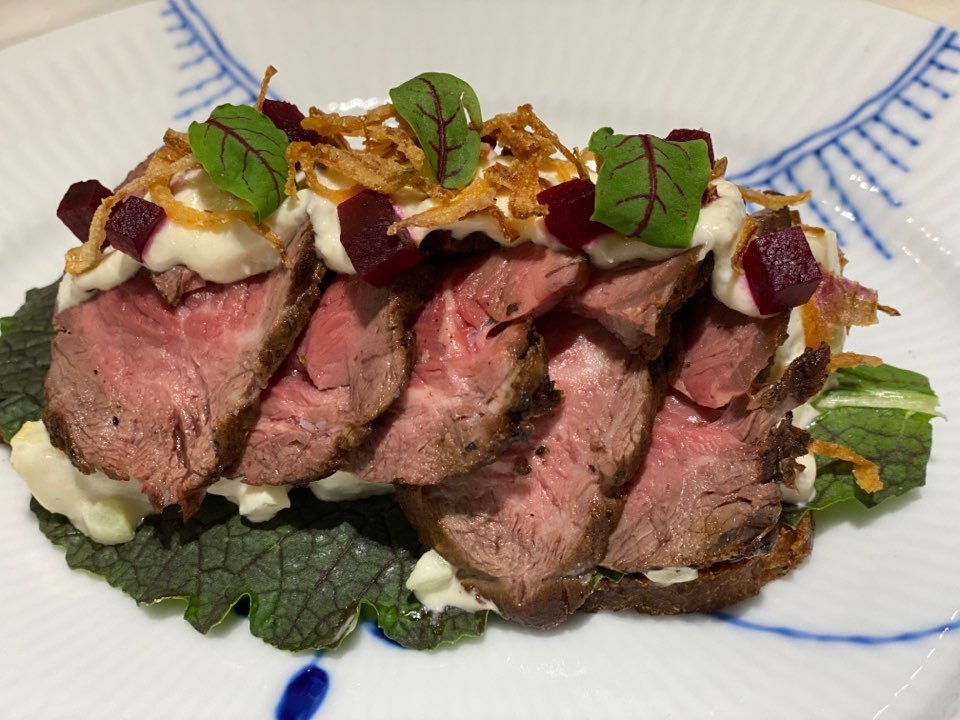 Sogongheon also serves as a multipurpose cultural hub, with the basement hosting art exhibitions and the upper levels serving as a cafe and restaurant.

The inaugural exhibition, “Memories of the Gaze: City Scape” by photographer Jae Yong Rhee, shows the change in still objects chronicled over time, fitting of Sogongheon’s location next to the over 600-year-old Joseon era palace. 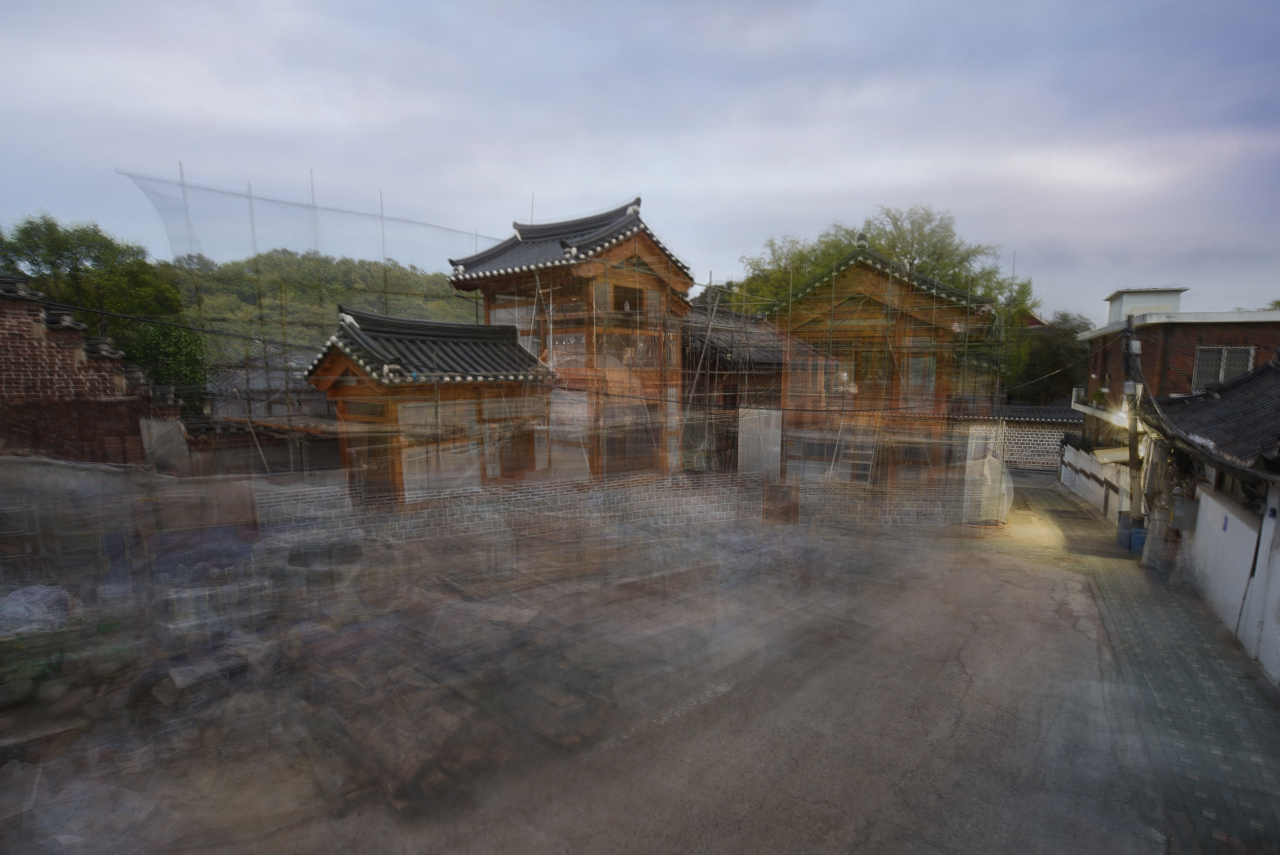 Another series includes capturing the same building from multiple angles and combining the photos. Rhee’s photo collection of 20 different rice mills in Korea presented this way allows viewers to catch a glimpse of different time frames of the landmark.

The exhibition runs until Oct. 23.